On paper, Iran had no chance here.

They're the 43rd ranked team in the world. They scored only eight goals in eight games to qualify out of Asia. Owing to internal politics, their preparation for this tournament was a shambles.

Their top performer, striker Reza Ghoochannejhad, is a peripheral presence on Charlton Athletic – a moribund team in England's second division.

On paper, Argentina comes into Saturday's game and crushes them. They've got guys from Barcelona, Real Madrid, Manchester City and so on and so forth. The Argentine team's cumulative transfer value is $600M. Iran's is $35M – about one-sixth of a Lionel Messi.

On paper, there is no reason a neutral fan should cheer for Iran – a grinding team that represents a country with, well, let's call it some international image problems and a government bursting with crazies.

And then they played.

The big take out of Argentina's escapist 1-0 win is that the South American favourites are a whole lot worse than most people expected. For 90-plus minutes, Iran neutralized some of the best offensive talent on the planet.

They had a simple game plan – get ten men behind the ball and make sure Messi doesn't beat you. They got most of it right in regulation, and only half of it right in added time.

Messi's superlative strike in the 91st minute – one of those frolics of his own that had nothing to do with his teammates – didn't save Argentina's blushes. They emerge from this game vastly diminished. However, they still have a clear path to the semis, so who knows?

But that's for later. For now, let's celebrate two hours that allowed the world to fall a little in love with the representatives of a pariah state.

For some, this will have been a tough slog. Early on, Iran had no aspiration to get out of their own half. They were satisfied sitting back in two orderly lines and allowing Argentina to pound them with passes into the box.

There is an odd flow to a game in which one opponent completely overmatches another.

First, you suffer from frustration. After fifteen minutes, you've crossed into anger. At the half-hour mark, you've descended into despair. It's a nice day outside. You wasted the best part of it to watch this dreck. If the better team has scored at that point – and Argentina had muffed a half-dozen chances – you'd happily leave to do something more enjoyable, like cleaning the bathroom with your bare hands.

But since it's still scoreless, you feel compelled to keep watching. They've got you now. You're invested.

It was getting to the end of the first half – one in which Iran completed only 53 passes, a record low during the last half-century of World Cup play – that a shift began.

Argentina started to strike you as a bit of a bully. And, worse than that, an ineffective one. They had backed Iran up against the lockers after gym class, but couldn't land a punch.

Messi had been effectively marked out of it by a shifting double-team platoon. Outside of Messi, Argentina does not have a single player capable of an original idea.

Over the half-time break, you had a little think about it. And you decided that Argentina can get bent.

This presupposes that you are neither Argentinean nor Brazilian (in which case you would've thought that long before the game started).

In the second half, Argentina came out looking more than a little depressed. They sensed how embarrassing this was becoming. They began to get a little sloppy. Having survived the first wave, Iran decided to try its luck on a few counters.

Reza had two gilt-edged chances on fast breaks. The second of them was only just palmed away by Argentina's Sergio Romero.

By now, you've completely forgotten all about nuclear-arms deals and the appalling cut of Mahmoud Ahmadinejad's suits. You are a proxy Persian. This is going to be the shock result of the first round, and you want in on it.

You have a feeling. A feeling that you're about to part of something that will have no bearing on your small corner of the world, but will delight hundreds of millions of people in a diaspora that stretches across the globe. This will be as huge for them as '72 is for us.

That's a good feeling, even vicariously.

Coke likes to talk about holding hands around the world. Now you're actually doing it.

Then Messi spoils everything. The moment passes. You move on with your day. A far more compelling contest between Ghana and Germany will shortly demand your attention.

But just for an instant, you were a witness to someone else's history. You wanted them to do well. That's the most potent form of diplomacy. 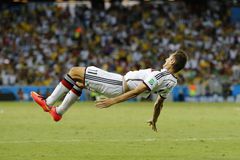 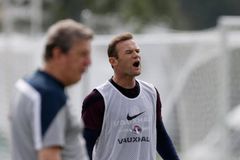 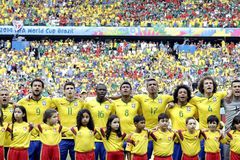 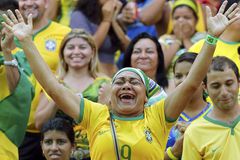