The essence of a great football tournament occurred to me as I spent a month in Switzerland for Euro 2008.

The Swiss hated me and I hated them. Waiters berated me. Bartenders ignored me. The lady at the newsstand refused to sell me papers unless I brought her exact change.

No one on the street would talk to me once they realized I was just passing through. Some old coot in a train station slapped me on the back of the head. I'm not sure why.

Eventually, I asked a (relatively decent) Swiss journo what was up.

I gave him a look and, in Swiss fashion, he mistook disapproval for its opposite.

"It all works quite well, don't you think?"

But if you discount the narrowly avoided fistfight on the train to Vienna, the tournament came off smashingly.

Presumably, you've already chosen a team to root for in the World Cup. You're probably wrong, but that's neither here nor there.

What's important now is that you pick several other teams to hate. That's what gives this all meaning.

Here are a few reasons to despise all 32 teams:

Croatia – I once tried to buy tickets at a ferryboat office in Split. They refused, saying I had to go to the second floor to get them. It was a one-storey building. Over in the corner, a guy with a Maple Leaf sewn to his backpack was weeping.

Ivory Coast – Their captain, Yaya Toure, is angling for a transfer from his professional club, Manchester City, because no one bought him a cake on his birthday. No. Really.

Germany – Germany is that guy at work who's always showing up everyone else. "Germany's productivity is up ten per cent this quarter. Germany came in on a Sunday and didn't charge overtime. Germany is worth more than the rest of you combined." Germany can get bent.

Greece – What they're playing is not technically football. It's Red Rover.

Mexico – Originators of The Wave. Also, when they're upset, Mexican fans throw beer bottles at the pitch. If those bottles weren't plastic, I'd be dead now.

Cameroon – Isn't it time for another plucky African underdog to get a chance? Try to imagine how Algeria feels.

Algeria – Sure, they're fine. But they're no Cameroon.

Spain – Nobody likes a showoff.

Netherlands – Especially when they're always losing.

Australia – This is Canada's spot. In a fair and just world, it should be us being humiliated on the global stage.

Colombia – Their World Cup slogan is "Here travels a nation; not just a team." Something tells me "the nation" didn't get flown to Brazil via taxpayer-funded charter.

Japan – Their Round of 16 game against Paraguay in South Africa was the most unwatchable sports contest I've ever covered live. And it went to penalties. Japan owes me three hours of life.

Switzerland – Start reading again from the beginning. No, really. It was that terrible.

Ecuador – They never lose at home in Quito, the highest capital in the world. They never win anywhere else. By this logic, Canada would play all its qualifiers in Iqaluit … Wait a minute …

Honduras – They once fought a war over a soccer match. World football's crazy girlfriend.

Argentina – Brazil needs you on this one. You're not going to let Brazil down, are you? I mean, they borrowed a lot of money they don't have to pay for the party.

Nigeria – This is where I have to start stretching. Traffic in Lagos? How nobody looks good in green? I've got nothing. Sigh. Nigeria gets a pass.

Italy – The nation that fooled us into thinking scooters make sense. They don't. They don't and now we're stuck with them.

Belgium – They lose their minds when you call them "French" fries, and yet they charge you for ketchup at chip carts. I refused to pay, which is why downtown Brussels is one of my many law-enforcement mandated no-go zones.

Russia – We'll probably be in a shooting war within 10 years. Get a head start.

South Korea – They got the benefit of a probable semifinal fix at their home World Cup in 2002. Yet it came against Italy. We're torn.

Uruguay – I have a little history here, so I'm inclined to tread lightly. But Luis Suarez.

Bosnia and Herzegovina – I got a very expensive speeding ticket outside Sarajevo. Despite my best efforts, the cop refused a bribe. Instead, he made me fill out forms for 45 minutes. Among the questions: "What is your father's profession?" I know in my heart he still pocketed the money.

Ghana – A local witch doctor claims to have cursed Portugal's Cristiano Ronaldo by concocting a potion composed partly of dead dogs. His heart's in the right place, but couldn't he have done something with cats instead?

Brazil – Let me get back to you in a week.

England – How much time do you have? We could be here a while. 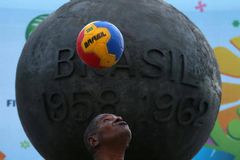 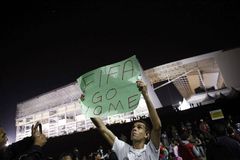 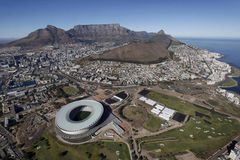