Andy Murray has reportedly tested positive for the novel coronavirus, putting his participation in next month’s Australian Open in doubt.

Murray had been planning to fly to Melbourne this week to begin a two-week quarantine required by the tournament, which begins Feb. 8, three weeks later than usual because of the pandemic.

Under rules agreed to by the tournament and Australia’s government, players, coaches and anyone else travelling to the event must return a negative virus test before departing. More testing – and strict rules about movement, housing and playing – await upon arrival.

Murray, who was reported to be not showing any symptoms of COVID-19, was said to be hopeful he might still be able to play in the tournament.

A three-time Grand Slam single champion, Murray, 33, has fallen to No. 123 in the world rankings after playing only a handful of matches in 2020 because of a pelvic injury. He received a wild card to this year’s Australian Open, where he is a five-time runner-up.

The tournament has put in place strict rules to try to limit the spread of the virus as hundreds of players and their entourages, as well as news media members and other support staff, arrive in the country from around the world. Bubbles will be set up for everything from housing to training, and players and others will be subject to daily virus testing.

During the 14-day quarantine period after they arrive in Australia, players will be able to leave their hotel rooms to work out for no more than five hours a day at a secure facility. The Victoria government said hundreds of staff members had been hired to attend to the needs of those in the quarantine hotels and the police would play a role in enforcing quarantine rules.

Qualifying for the Australian Open has been taking place in Qatar and the United Arab Emirates.

Some players have simply stayed home. American John Isner, ranked No. 25, said he would not play in the event because the quarantine measures would keep him away from his family for too long.

No. 5 Roger Federer will also miss the event, citing knee problems. Most of the other top-ranked men’s players are still planning to attend.

American Tennys Sandgren, ranked No. 50, flew to Australia despite a recent positive test. He received special clearance after health officials determined he was not infectious, because he showed no symptoms and had previously tested positive for the virus in November.

Tennis Australia moved to clarify the situation in a statement Thursday that outlined players who’ve previously tested positive to COVID-19 were “required to provide additional and highly detailed medical information as proof they are a recovered case and no longer infectious or a risk to the community.”

Tennis Australia added: “In the case of Tennys Sandgren, who has self-disclosed that he previously tested positive in late November, his medical file had to be reviewed by Victorian [state government] health authorities. Upon completion of that review he was cleared to fly.”

The Australian Open has already been delayed three weeks because restrictions in place for the COVID-19 pandemic.

On Wednesday, nearly 12,000 kilometres from Melbourne, the qualifying tournament was completed for the tournament, with 16 men and 16 women set to join the singles main draw.

Because of the Australian restrictions, the men’s and women’s qualifying tournaments – in Doha and in Dubai – were held outside of Australia for the first time.

The Australian Open draw will be held on Feb. 4, four days ahead of the start of the main tournament, which ends Feb. 21 with the men’s singles final.

Novak Djokovic is the defending men’s champion and Sofia Kenin is the women’s defending champion.

Djokovic, Rafael Nadal and Serena Williams will be among a group of players involved in an exhibition event in Adelaide, South Australia state, on Jan. 29. All other tournaments will be in Melbourne, including the 12-team ATP Cup starting Feb. 1 and two WTA events in the week leading into the Australian Open.

After a spike in August, Australia has largely contained the virus through strict border closings lockdowns and other measures. The country is currently averaging about 20 new cases a day. 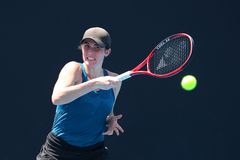 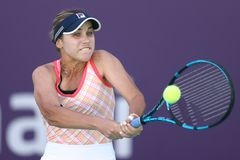 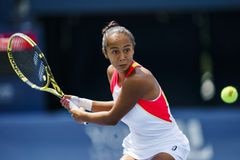