Bianca Andreescu’s coach sees similarities between the 19-year-old Canadian and former Belgian star Kim Clijsters, and he’s not the only one.

And since Clijsters won 41 titles, including four Grand Slams, made four other major finals and was ranked No. 1 in both singles and doubles, that’s a comparison Andreescu can be proud of.

“It makes me smile, and it made Bianca smile, too, when I mentioned to her maybe three years ago — long before I started working with her — that there were enormous similarities between her game and Clijsters’s game,” her coach Sylvain Bruneau said Tuesday.

“The way she hits the ball — not completely flat, with a little more shape, the technique on both the forehand and backhand a little bit, the way she likes to run around and hit her forehand in the middle of the court,” Bruneau said. “The fact that she uses the slice, especially on the forehand when she’s pulled wide. Clijsters did that better, of course. But I think there are a lot of similarities.”

Lindsay Davenport played Clijsters 17 times during her career. The former No. 1, now an analyst for Tennis Channel in the United States, also sees the parallels.

“I think Bianca uses a bit more variety than Clijsters, but I see it a lot in how she moves to her forehand,” Davenport said. “Kim was an expert at being able to move on a diagonal. It could have been a few feet; it could have been inches — however much she needed to take the ball early. If she saw she had time, she would move into the court.

“I see that with Bianca, as well. If she sees she has any amount of time, she adjusts with her feet to take the ball early. And she’s quick enough to defend and be pretty crafty,” she added.

If there were rumblings about Andreescu’s prospects coming into the U.S. Open after she came back from a long injury layoff and won her hometown Rogers Cup last month, the volume is turning up.

“Considering she had won two major tournaments on hard courts this year, you’d expect there would be some buzz about what she might do here,” Bruneau said. “Now, she’s won four matches and playing good tennis. But this is new territory for her. She has very little experience in Grand Slams, never mind in the second week of Grand Slams.”

As the women’s field was being whittled down to eight, some notable casualties littered the side of the U.S. Open highway. Defending champion Naomi Osaka, Wimbledon champion and world No. 4 Simona Halep, and 2017 champion Sloane Stephens are among those in Andreescu’s half of the draw who didn’t make the final eight.

Andreescu didn’t have to defeat any of them along the way. Left in her half are Mertens, along with No. 13 seed Belinda Bencic and No. 23 Donna Vekic, who also will meet Wednesday.

“I think any player who reaches the quarter-final stage has a right to think, ‘Why not?’ But there are three big matches for all eight players remaining to win the tournament,” Bruneau said. “So it’s one at a time. And Mertens is the next test.”

Mertens, now 23, was raised in an era when countrywomen Clijsters and Justine Henin were at the top of the game, and she trains out of Clijsters’s academy. So, there’s a full-circle sort of element to this match.

But unlike Monday, when she played the American Taylor Townsend, Andreescu is likely to get most of the crowd support.

“Bianca really likes having the crowd for her, and [Monday] night was tough love — no love, even. That’s okay; it’s one of the things that she needs to learn to deal with,” Bruneau said. “It wasn’t easy, but she got there.”

Can Andreescu win the U.S. Open, something nearly unthinkable in January, when she was outside the top 150?

“Yes, although you never know how a player will react when they get out there. But she’s never shown any signs of blinking and wondering, ‘What am I doing here?' “ Davenport said.

“It’s a tough ask if she has to play Serena [Williams] here, who would be going for her seventh [U.S. Open]. But it doesn’t seem like Andreescu ever comes into any match with a lot of fear,” she added.

“I’m super impressed with her. I don’t think there are many teenagers who have that kind of variety. And a lot of times, when players do have that much variety, they don’t know how to put it together at such a young age,” she said. “And she’s a street fighter. Many of the teenagers, they kind of crumble at times. That doesn’t happen with her.” 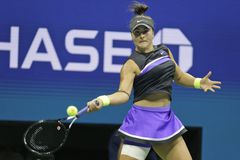 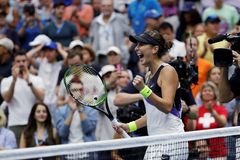 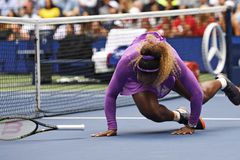