Canada captain Frank Dancevic said his team remained focused on a three-pronged motto to help lock down a berth in the Davis Cup finals.

Don’t show any weakness to the opponent. Stick together like brothers. Pull each other through the tough times.

The plan worked in a dramatic 3-2 qualifier victory over Slovakia. The focus now turns to replicating that effort in November, when 18 countries vie for the title in Madrid.

“Even though we were down and things didn’t look great at certain moments, the guys had a great head on their shoulders,” Dancevic said Monday from Serbia. “They kept a great attitude through the weekend. That was one of the factors, one of the main reasons why we got through.

“That’s how we’re going to get to the championship one day, if we do get it – is by doing the same thing we did this weekend and having that same attitude.”

Under the new tournament format, it will be a long nine-month wait until playdowns begin at La Caja Magica. Canada was seeded 13th on Monday and will learn its opponents on Feb. 14 when a draw is held in Madrid to divide teams into six pools.

The seeding position is not great for Canada as it is guaranteed matchups against higher-seeded opponents.

The top six seeded teams are France, Croatia, Argentina, Belgium, Britain and the United States. Each of those countries will be drawn into the first position across Groups A through F.

Seeds No. 7 through No. 12 – Spain, Serbia, Australia, Italy, Germany and Kazakhstan – will be drawn into the second position across the six groups. Canada leads a bottom six that includes Japan, Colombia, the Netherlands, Russia and Chile.

One cause for optimism is that Canada could have a much deeper lineup in nine months time. Canada beat the host Slovakia despite missing 14th-ranked Milos Raonic (knee) and doubles ace Vasek Pospisil (back).

Dancevic turned to teenagers Denis Shapovalov (world No. 25) and Félix Auger-Aliassime (No. 107), who played both singles and doubles. Peter Polansky and Dancevic were also on the roster, but didn’t play.

With multiple weapons in singles and the potential return of a former Wimbledon doubles champion in Pospisil, the Canadians could be a team to watch in Madrid.

“I feel like we have two [potential] top-20 singles players,” tennis analyst and former national team coach Robert Bettauer said in a recent interview. “We haven’t had that before. When you’re at that level, that means you’re challenging the best teams in the world legitimately.

“You’re not just a World Group Davis Cup team, which is impressive enough as it is, you are a contender for the title.”

Shapovalov and Auger-Aliassime won the Junior Davis Cup – Canada’s first-ever title at the U16 competition – at the same Madrid venue in 2015.

The duo lost in doubles on Saturday in Bratislava, but Shapovalov impressed in his two singles victories. Auger-Aliassime dropped his Davis Cup debut against Martin Klizan on Friday before clinching the win a day later in the decider against Norbert Gombos.

“All the credit to Denis for stepping his game up and performing under pressure, being a leader and being our No. 1 player,” Dancevic said. “To come out and play that high-quality tennis to win against Klizan in straight sets, it set the tone for the fifth match.

“It set the tone for Felix to just come out and play lights out.”

The Davis Cup finals will take place in a group-stage format over the first four days of the week-long event. Each tie will consist of three matches – two singles and one doubles – of best-of-three sets.

The six group winners and the two second-placed teams with the best records will qualify for the knockout quarter-finals. The final is set for Nov. 24.

“We really believe, and I think the players do, that this team is good enough at some point in time to win Davis Cup,” Tennis Canada president and chief executive Michael Downey said in a recent interview. “It may not be this year, it may be next year, it may be the year after.

“But clearly, I think they’re [saying], ‘Hey we’re not only going to make the semi-final,’ which is the best this country has ever done. ‘We’re capable of winning this thing.’ I know the commitment is there, actually.”

Canada reached the final four in 2013, its best Davis Cup result in the modern era.

Teams placing fifth through 16th in Madrid will compete in the 2020 qualifiers, while the two bottom teams will be relegated to zone group play. 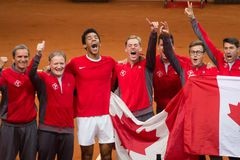 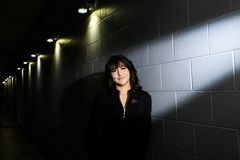 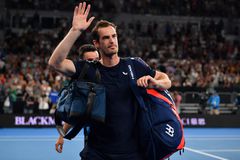