Following a 2018 season that saw her participate in just three events and a crowdfunding campaign for financial support fall short, Canadian tennis star Aleksandra Wozniak spent some time with her family in Poland.

Not long after the trip, which included a visit with her 94-year-old grandmother, she began considering retirement.

“I had some great times with her and my family,” Wozniak said. “That’s when I started thinking about it and how my body can’t play a high level of tennis forever. I’ve spent 28 years of my life playing.”

The 31-year old announced her retirement in a news conference at Stade IGA in Montreal on Wednesday morning, saying that her body was no longer capable of competing at a high level.

“It’s very difficult to make that decision but you have to listen to your health,” Wozniak said. “I love my sport. It’s been my passion since I was a little girl so it hasn’t been easy.”

The announcement ends a once-promising career that saw her reach No. 21 in the World Tennis Association rankings and play an instrumental role with Canada’s Fed Cup team before injuries took their toll.

Wozniak picked up the sport at the age of 3, taking after her little sister. She had to beg her initially reluctant father to be her first coach.

Following success on the junior circuit, she carved out an accomplished pro career. The Montreal native is the first Quebec-born tennis player to win a Women’s Tennis Association title, capturing the 2008 Stanford Classic in a win over France’s Marion Bartoli.

Wozniak also won 11 titles on the lower-tier International Tennis Federation circuit and represented Canada at the 2012 Olympic Games in London in singles and doubles play.

But 2009 will be seen as her banner year in the sport. She reached the fourth round of the French Open in singles play, as well as the quarter-finals of the Australian Open. That summer, Wozniak reached her career-high No. 21 world ranking, and she capped her year with the Bobbie Rosenfeld Award as the Canadian female athlete of the year.

The tennis star listed a number of her individual accomplishments, but was also proud of her success in team events. She holds the Canadian record for most Fed Cup wins with 40 and most ties played with 36.

“Tennis is an individual sport, but when you’re on a team you have the team spirit and you want to support one another,” Wozniak said. “Those were some great moments I went through. Every game I got to play for my country, hurt or not hurt. When I stepped out on the court, I knew my country was behind me.”

A right shoulder injury that forced Wozniak to step away from the game for an 11-month period between 2014 and 2015. She never regained the form she had in 2009, but she still found some success on the ITF circuit.

Wozniak was also battling a knee injury this year, on top of limited action and a crowdfunding campaign on GoFundMe.com with a goal of $50,000. The campaign fell short.

“When I hurt my knee and I needed some time, I visited a doctor and everything,” Wozniak said. “That’s when I realized how hard it is on the body. One day I want my own family and I want to be in good health.”

Wozniak says she’ll be involved in a tennis tournament for student-athletes across Quebec starting in January and she also hopes to start her own tennis academy in retirement.

“I’ve loved kids for years. I always try to be close to them,” Wozniak said. “But I’m open to a lot of different opportunities over the next few months.” Pospisil remains confident he can get back to previous level, despite bad back
Subscriber content
November 29, 2018 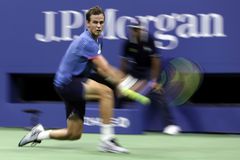 DJ Shapo: Canada’s young tennis star hones his skills on the mic before getting back on the court
November 21, 2018 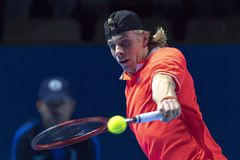