If you’re looking for tennis’s Mount Olympus, that height was reached in the fourth-set tiebreak of the 2008 Wimbledon men’s singles final.

It’s not long ago in real terms, but, under normal circumstances, it’s an entire generation in tennis. Nadal was still in his heavily muscled, culottes phase. Federer, his pact with Satan apparently signed some time before that encounter, hasn’t changed at all.

You could devote a worthwhile book to that tiebreak. It was so bursting with quality and drama they ought to have gone through the stands afterward charging everyone for a second ticket to watch the fifth set. They’d already got their money’s worth.

As Federer won it, BBC had a wonderful shot of the family box. Both sets of supporters were wedged into the same one. In the foreground, Federer’s wife, Mirka, is on her feet applauding. Tucked in behind her, Nadal’s coach and uncle, Toni, is disconsolately holding his head in his hands. Shakespeare didn’t deploy bathos this well.

That match was so marvellous people tend to forget who won it (Nadal). Because after watching an era-defining duet, you don’t turn to each other and say, “Who do you think was more in tune?”

(However, it is telling that when Federer won the next year’s Wimbledon final – his sixth title – he kept the net.)

The two men who define tennis – not just this current generation, but the sport – haven’t played together here since.

In the interim, both have been written off. They’ve had long injury absences and dips in form. But a dip by their standards is a decent career by most others.

Years back, people began asking them both when this will end. At first, it wasn’t done hopefully. People only wanted to be prepared. There had to be some sort of adjustment period.

In recent seasons, as both have risen back to the top, that line of questioning has become more urgent. Aren’t they taking up space that should be occupied by other, younger men? This may be garden-variety contrariness or journalists wanting the opportunity to tell a fresher story. Bit of both, probably.

Federer gets asked this so much that it now comes preceded with an apology. He is so wearied by it that he feels the freedom to be blunt.

Roger Federer, Rafael Nadal to play at Wimbledon for first time since 2008

This week, he said of the younger generations (two of them have now been run over by the Big Three): “I don’t know, were they as talented as Rafa, Novak [Djokovic] and myself and others? Maybe also not.”

As indicated by the superfluous “and,” Federer had to remind himself to be generous. But everyone knows those three guys are the only ones who matter. And not really all three.

Poor Djokovic, despite all his winning, has never figured out a way to get on the podium with the other two. It can’t be Romulus and Remus and their younger brother, Robbus. There’s only room for two up in the public imagination.

Though we love our “best ever” debates, we have accepted the idea that eras cannot be compared because elite athletes are always getting better. New regimens, new medical advances and new drugs make sporting performance extropic.

But perhaps Federer is right. Maybe tennis stopped advancing sometime around 2008 because it had found its two perfect exponents. Maybe everyone who’s come since isn’t unlucky. Maybe they’re just not good enough.

This wouldn’t be a physical failure. If they did 100-yard sprints out the back of Centre Court on Somerset Road, Federer wouldn’t be running backward through the finish line.

Whatever difference there is is undoubtedly mental. Federer and Nadal know how to win. They know it so well that no one else has been able to learn. And so this could go on for years more.

Both men were blandly complimentary about each other in the lead-in to Friday’s semi. A lot of “good memories” talk, but nothing genuinely warm.

Though both sell themselves as regular guys doing unusual jobs, sometimes they can’t help but let the arrogance leak out. Both consider themselves the greatest ever. Because they believe it, everyone else concedes it. As long as that calculus holds together, they will be.

They plainly respect each other, but there’s never been anything to indicate they like each other. When we think of other great, chilly rivalries – McEnroe/Borg, Bird/Magic, Evert/Navratilova – friendship has to wait until retirement. That’s when nostalgia gets hold of you and you begin to understand that only one other person in the world feels it like you do.

Every time they play each other at this point in a Slam should feel like the last, because there is a decent chance it is.

As such, the pressure to put on a show is both enormous and unfair. Not to them, but to us. In some ways, this meeting is a shame.

That 2008 final was a perfect memory. If you watched it live, I’ll bet you still remember it. I also bet you can’t remember who won this year’s Slams. Because the first thing was art and, by comparison, the other thing is a crayon drawing you saw stuck to a fridge door.

You don’t want that memory nicked up now by some straight-sets romp either way or a match ended by retirement.

What you want them to be isn’t just good, but perfect once again. And no one can help wanting what they want, even if they know they won’t get it.

Presumably, Federer and Nadal want the same thing. Not just to win, but to be young and perfect again. That’s why you’ll make a hole in your day to see it.

Not for the result, but in order to experience what it’s like to watch two men recreate one of sport’s greatest moments in real time. 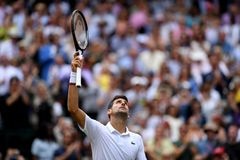 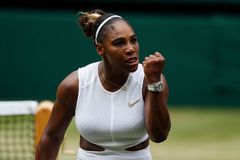