Canada’s Gabriela Dabrowski and Latvia’s Jelena Ostapenko have enjoyed some success on the handful of occasions they’ve teamed up together in the past.

They’re hoping to rekindle the connection at the upcoming Australian Open.

Dabrowski is taking a slightly different approach this season after her three-year run with China’s Yifan Xu ended a few months ago. Knowing Ostapenko maintains a strong singles focus, the Ottawa native may have to turn to others at times depending on the availability of the 2017 French Open champ.

“I’m pretty relaxed about it,” Dabrowski said Tuesday. “I’m confident that even if I don’t play with her some weeks I can find other great partners to play with. And I’m sure I’ll play some good tennis too. So I’m not too worried about it.”

Dabrowski and Ostapenko won the Qatar Open in February 2018 in their fourth tournament as a pairing. Ostapenko was a late substitute for Xu, who was nursing a back injury at the time.

This week, Dabrowski is teaming with Croatia’s Darija Jurak at the Adelaide International. The third seeds posted a 6-1, 6-3 win over Ukraine’s Lyudmyla Kichenok and China’s Zhaoxuan Yang on Tuesday.

New-look duos are are all part of the fluid world of doubles, where even elite players sometimes change partners with regularity.

Dabrowski, 27, is considered a specialist in the four-player game. Many athletes place a higher priority on singles and play an inconsistent doubles schedule as a result. Availability challenges, fatigue, timing and tournament choices can sometimes make full-time doubles commitment difficult.

“I think there definitely is an advantage to playing (regularly) together,” Dabrowski said Tuesday from Adelaide. “You get to know each other’s games really well and you can kind of predict what will happen on court a little bit better than when you’re playing with somebody new and someone that you don’t know as well.

“But I think there’s something to be said for when you do play with somebody new. The mind is a little bit fresher and you don’t have so many expectations. That can be healthy as well. So I’m looking forward to this season, to whoever I play with and just making the most of it.”

Dabrowski started concentrating on doubles early in her career and the decision has paid off.

She reached the year-end WTA Finals for a third straight year last fall. The Canadian also won mixed doubles titles at the 2018 Australian Open with Croatia’s Mate Pavic and at the 2017 French Open with India’s Rohan Bopanna.

She won her first three crowns with different partners and has nine women’s doubles titles over her career. Along the way, Dabrowski has earned US$2.61 million in prize money.

Dabrowski and Xu had an impressive run together before deciding to go their separate ways. They won at Nurnberg last year and reached the final at Wimbledon.

They were victorious at Sydney and Eastbourne in 2018 and earned titles in Miami and New Haven in 2017. Both players are tied in seventh place in the women’s doubles world rankings.

Dabrowski still dabbles in singles depending on the tournament. Her ranking has slipped to No. 478 so qualification rounds are the norm if she gets in the draw at all.

She did play singles in Adelaide over the weekend, winning her opener before falling in the second round of qualifiers to Daria Kasatkina of Russia.

“It’s really tough for me to give more to singles because then I won’t be able to give as much to doubles,” said Dabrowski, who will play with Pavic in mixed doubles in Melbourne. “So it’s a very tricky situation.”

A longtime member of the Canadian Fed Cup team, Dabrowski’s top goal this season is to play at the Summer Olympics in Tokyo.

“It’s really exciting to be part of a team, something bigger than yourself,” she said. “And so I love the Olympics and those kind of team competitions.”

Dabrowski has also been monitoring the air quality situation in Melbourne, where qualifying matches for the Grand Slam event are underway despite a cloud of smoky haze over the city due to wildfires.

“I always wonder what the health risk will be for us athletes who have to push ourselves in that kind of environment,” she said. “But at the same time, we hope that the particles in the air are not going to hurt us too badly. So I guess we’ll just have to see.” 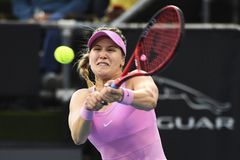 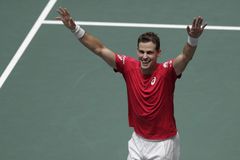 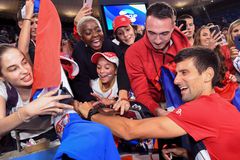