MELBOURNE
The Canadian Press
Published January 24, 2020 Updated January 24, 2020
For Subscribers
Comments
Please log in to listen to this story. Also available in French and Mandarin. Log In Create Free Account

On a day of upsets at the Australian Open, Canada’s Milos Raonic did his part to keep the storyline going.

Tsitsipas was one of several big names to be eliminated Friday.

Serena Williams’ bid to win a record 24th Grand Slam was halted with a loss to Wang Qiang of China and former No. 1 Naomi Osaka of Japan fell short against 15-year-old American Coco Gauff.

Raonic, 29, has been plagued by injuries in recent years, missing large portions of the second half of last season with a back issue. Prior to his victories this week, Raonic hadn’t won a match since October.

“I think I have had a sense that tennis could come together if I could put the work in behind it, and I think all those pieces today came together,” said Raonic, who hasn’t dropped a set this week.

“I was very happy with the outcome on court.”

Raonic was excellent with his hard serve, the biggest strength of his game. He had 19 aces and just one double fault while not facing a single break point.

A career-best world No. 3 in 2016, Raonic has slipped to 35th while battling injuries and inconsistent results.

He said it took time to heal his ailing back, including a period of about a month where he didn’t serve.

“It allowed me to focus on other things and put other things together and get stronger, get fitter,” Raonic said.

Tsitsipas, 21, is considered one of the rising stars of the game, but has struggled at recent Grand Slams. He lost in the first round at Wimbledon and the U.S. Open last year before his third-round exit this week.

Tsitsipas’ best showing at a Grand Slam was a semifinal appearance at last year’s Australian Open.

Raonic, who hadn’t faced Tsitsipas before Friday, compared his play to his effort in a three-set loss against then-No. 5 Dominic Thiem late last year at the Paris Masters.

“I created so many opportunities for myself (against Thiem), but I didn’t have the chance to prepare like I did here,” he said.

Raonic has played some of the best tennis of his career at the Melbourne major.

This marks the fifth time in the past six years Raonic has advanced to at least the fourth round. He has had three quarterfinal appearances and one semifinal showing since 2015.

“I have always somehow figured out how to put it together here, especially if I have had the freedom to train well,” Raonic said.

Raonic is the only Canadian remaining in the singles draw after Denis Shapovalov, Felix Auger-Aliassime, Vasek Pospisil and Leylah Annie Fernandez all lost in the first round.

Raonic will next play Marin Cilic of Croatia, who upset No. 9 seed Roberto Bautista Agut of Spain in a tight five-set match.

The 39th-ranked Cilic is 3-1 against Raonic lifetime, but the Canadian won the only meeting on an outdoor hardcourt.

“I think we’re both going to be trying to move the other guy around, be the one dictating,” Raonic said. “It’s going to be important for me to get ahead early in the points, take care of my serve, and be the aggressor.”

Meanwhile, Ottawa’s Gabriela Dabrowski and Finland’s Henri Kontinen advanced to the second round of mixed doubles.

The No. 3 seeds beat Lucie Hradecka of the Czech Republic and Kevin Krawietz of Germany 6-2, 6-4.

Dabrowski is back on the court for a women’s doubles second-round match with Jelena Ostapenko of Latvia on Saturday.

Vancouver’s Vasek Pospisil and Hubert Hurkracz of Poland lost 6-4, 6-4 to the British men’s doubles team of Jamie Murray and Neal Skupski, the No. 14 seeds, in a first-round match. 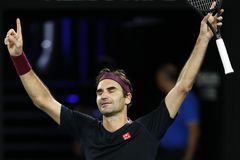 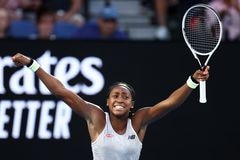 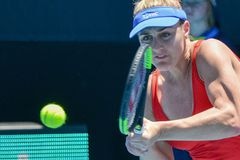