Over the weekend, world tennis No. 1 Novak Djokovic did a Facebook Live chat with fellow Serbian athletes.

It’s been a while since he’s had to do interviews. Maybe he’s forgotten how they work (i.e.: that you are not supposed to say anything interesting). Or maybe he’s feeling a little squirrelly after so much alone time.

How else would you explain this answer to a question about the likelihood that pro tennis can properly resume before there is a vaccine for COVID-19?

“Personally, I am opposed to vaccination and I wouldn’t want to be forced by someone to take a vaccine in order to be able to travel,” Djokovic said.

“But if it becomes compulsory, what will happen?” Djokovic continued. “I will have to make a decision. I have my own thoughts about the matter and whether those thoughts will change at some point, I don’t know.”

One supposes that if you had to fill out a speculative ‘Who in Sports is an Anti-Vaxxer?’ bingo card, Djokovic would be on it. He gives off a whiff of incipient paranoia mixed with holier-than-thouness – a key marker of the type.

But saying it out loud in this moment is bold, I’ll give him that much.

This is what happens when we depend on celebrities to amplify good advice. The ones who have bad advice will feel similarly empowered. You can see where this particular case slid off the rails.

Djokovic has spent years trying to curate an identity as a sports brand. Early on, he tried the Tiger Beat route, a la Rafael Nadal. When that didn’t work, he tried haughty and detached, a la Roger Federer. Same result.

Some time around 2010, Djokovic decided to go Full Weirdo. He gave up gluten, got into cosmology and decided to present himself as a sort of seeker of universal truths. He even let everyone know that he’d been visiting a Buddhist temple during Wimbledon because … well, who knows what enlightenment and winning at tennis have to do with each other?

Nobody really got his new act, but this switch happened to coincide with Djokovic’s rise to the top. So he stuck with it.

This went hand in hand with an irrepressibly chirpy public persona, one so calculatedly ingratiating that it often had the opposite effect.

But it didn’t turn out for Djokovic. Even now that he is arguably the greatest men’s player of all time, he still can’t manage the trick. There’s just something about the guy that seems a bit not-of-this-world.

The first reaction to Djokovic’s comments was a raised global eyebrow. Everyone was figuring out at once that a guy who’s always come off as harmlessly bonkers might actually be unhinged.

Next, Djokovic will be asked to clarify his position. Is he against the theoretical coronavirus vaccine or all vaccines? Is this a funny way of announcing his retirement?

Also, where is he on the flatness of the Earth? Totally flat or just a nice, gradual curve to the spot on the horizon where the dragons live?

Unless Djokovic walks this all back (a real option), we will eventually arrive at public rage. How dare someone we can’t expect to know anything about anything be wrong about it?

This is a good time to remind ourselves of certain truths.

Being able to knock a ball over a net doesn’t make you smart. Fish can be trained to do it.

And anyone who expects all athletes to be MacArthur Fellows must thrive on disappointment.

Few pros have the benefit of a higher education, and almost all of the ones who do didn’t pay much attention. They may be brilliant in many ways, but book learning is not one of them.

Nevertheless, they are routinely asked to speak about things wildly outside their limited experience of the world. This convinces some of the denser specimens they are, in fact, very smart. Visionary geniuses, even.

Those are the sort who end up lecturing the plebs about climate change, while flying event to event in private planes.

When the pros are stupid, they are often breathtakingly so. It’s like a gift. Of stupidity.

Djokovic has become this sort par excellence. This is especially risky if you a) have a burner account on Reddit and b) routinely give press conferences to people who write down the things you say.

Once all that comes together, it’s no longer enough to be feted and famous. You must also be an oracle. You must speak of things completely outside the remit of your expertise (again, banging a ball across a net) so that you can reach your full potential as a person.

The correct reaction to this sort of behaviour isn’t outrage or anger. It’s apathy.

Did you give up bread or begin sleeping in a hyperbaric chamber because Novak Djokovic won the 2011 Australian Open? I thought not. The same rules apply.

Let’s leave that to qualified scientists, all of whom agree vaccines are a good thing.

Remember the old days? When we believed in expertise? That was nice. No need to ever think, “I have some fundamental questions about space travel. I hope the cast of Tiger King has some answers.”

In the coming days, many people from what was formerly the most listened-to sector of Western society – the sports and entertainment business – are going to have thoughts about what’s going on.

All of them ought be given the same amount of credence. Which is to say that if their opinions do not involve proper free-throw technique or how to pick an outfit for the Oscars, absolutely none. 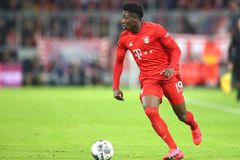 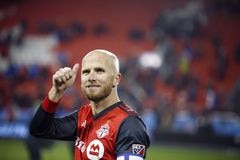 Can Ovechkin break Gretzky’s scoring record? ‘The Great One’ is rooting for him
Subscriber content
April 19, 2020 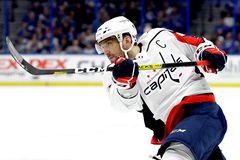