Milos Raonic felt he stepped up in the second round of the U.S. Open – and the scoreline indicates the Canadian did just that.

After an inconsistent performance in a four-set win over qualifier Carlos Berlocq to open the final Grand Slam of the year, the No. 25 seed downed France’s Gilles Simon 6-3, 6-4, 6-4 on a hot and humid Wednesday at Flushing Meadows.

“Overall, I did things well and took care of my serve,” Raonic, of Thornhill, Ont., said. “I was a lot more disciplined with myself. I wasn’t going up and down in the match like I did my previous one. Overall, I’m happy.”

Raonic had 17 aces to Simon’s none and broke his opponent on three of six chances.

The hard-serving Canadian improved to 5-1 against Simon, with victories in all three of their hardcourt matches.

“He does a very good job of sort of throwing you out of the rhythm, where he plays very slow, sort of gets you to slow down your intentions and will sort of surprise you by taking the ball early,” Raonic said. “So I was happy that I was able to, in those important moments, just, you know, be patient and sort of trust my legs that I would be able to hold on, just to keep that pressure on him.”

With temperatures reaching close to 35 C, Raonic was happy to have a relatively quick match in two hours six minutes.

“It’s nice to get by, and in an efficient manner today,” Raonic said. “I don’t really regard the heat as a disadvantage or advantage. I think both guys have to deal with it. Both guys have to start preparing for it, not the day before, two days before, as soon as this match finishes if it was the case for another match. So I think it’s how you go about the things.”

Fellow Canadian Denis Shapovalov of Richmond Hill, Ont., went the distance against Italy’s Andreas Seppi on Wednesday to pull out a five-set victory and advance to the third round.

“It was pretty crazy. Yeah, it was long. It was long and physical,” Shapovalov said about the length of his match. “Obviously I feel tired now. I’m lucky, I’m only 19 years old. I feel pretty good.”

“Obviously he’s an unbelievable player,” said Shapovalov. “He’s made multiple Grand Slam finals. He’s no walk in the park. He’s going to be a tough opponent, tough to get a rhythm with him. Obviously he’s serving unbelievably huge.

Wawrinka, who missed the 2017 U.S. Open, is on a nine-match winning streak at Flushing Meadows.

Raonic, who also was out for the 2017 U.S. Open, has beaten Wawrinka just once in five matches over his career.

“It’s going to be good,” said Raonic, who is 15-4 since the start of the grass-court season. “I watched him play two matches last week. I watched him play a little bit of his match against Grigor (Dimitrov) on Monday. He’s playing well again. He’s moving well. He’s doing his things, you know. He’s stepping up. He’s playing well in those big points. He’s hitting the ball hard ... He’s effective with his backhand. It’s going to be tough. I’m going to have to play well.”

There are plenty of similarities between the two. Raonic and Wawrinka both have a career-high ranking of No. 3 and live in Monte Carlo. They’re both seeking their first hardcourt title since 2016 and are coached by former world No. 2 players – Raonic by Goran Ivanisevic and Wawrinka by Magnus Norman.

Also Wednesday, Canadian Daniel Nestor had his chance for a ninth career Grand Slam doubles title come to an end in the opening round. Nestor and his American partner Bradley Klahn fell 3-6, 3-6 against Christian Harrison and Ryan Harrison of the United States. 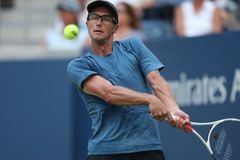 Milos Raonic advances to second round at U.S. Open with win over Berlocq
Subscriber content
August 27, 2018 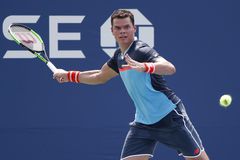