If Roger Federer wondered how much he means to the French Open, he got his answer after a clinically efficient, yet still eye-catching, second-round win over German Oscar Otte on Wednesday.

After closing out his 6-4, 6-3, 6-4 victory with a signature stroke of magic, a silky backhand drop volley played on the walk from mid-court, the Court Philippe Chatrier crowd rose as one.

After a warm handshake with 144th-ranked Otte, who played admirably in the biggest match of his career, Federer milked the applause as the fans broke out into a chant of “Roger, Roger.”

Later, pandemonium broke out in the concourse outside the media centre as the 20-time Grand Slam champion, who skipped the past three editions of the clay-court showpiece, headed for his postmatch duties through hoards of fans.

“It makes me happy because I see that people are crazy about tennis. They have a lot of desire to see me play, to see me win, to see me several times more,” the 37-year-old told reporters.

“It gives me a lot of energy. When you have that atmosphere, you feel that people are excited to see you, to follow you, they chant your name, and it was not even a five-set match, it was a match with Otte, 144 in the world. It’s very rare.”

Federer claimed his one and only French Open title 10 years ago. When injury prevented him playing in 2016, then he opted to skip the clay-court swing altogether in 2017 and 2018 to avoid injuries, it seemed his competitive days in Paris were over.

Whatever the future holds, however, his return is clearly not just for sentimental reasons.

The third seed has won all six sets he has played so far this week and looks imperious. Anyone assuming the fortnight will culminate with a battle between Rafael Nadal and Novak Djokovic might have jumped the gun.

“I must say I feel really good considering I haven’t played here in that long,” Federer said.

“Especially if I think back a few weeks and months ago before Madrid, didn’t know how successful I was going to play or how I was going to feel on the clay.

“Honestly I was looking at a worst-case scenario, losing first round in Madrid and then somehow having a tough draw here as well and not getting past the first-round hurdle.”

One reporter remarked that Federer’s kit, pale brown shorts and light cream shirt with a brown stripe, made him look like a delivery driver for a well-known courier company.

It is not as exotic as many of the kits on display this week, but then Federer can make anything look good.

“It was more trying to go back in time a little bit to the seventies, you know, and haven’t worn brown ever and cream,” he said.

Federer keeps rolling back the clock on court and his display on Wednesday was sublime.

Otte, a lucky loser from the qualifying draw playing only his third Grand Slam main-draw match, was the perfect prop.

With his aggressive strokes, he offered enough threat to keep things interesting and admirably stuck with Federer.

He could never really lay a glove on the Swiss master though and Federer timed his changes of gear to perfection.

Neither player had seen a break point through the first nine games, but Federer pressed hard with his opponent serving at 4-5 and converted his first set point.

It was a similar story in the second set, Federer breaking in the eighth game with a volley before holding for a two-set lead. When Otte served at 4-4 in the third set you knew what was coming and so it proved as Federer set up a clash Norway’s 63rd-ranked Casper Ruud. 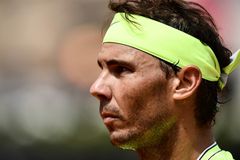 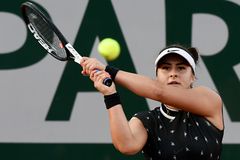 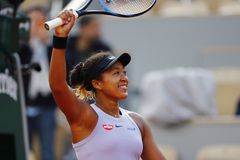