A day before playing in the 2005 final at the All England Club, Venus Williams addressed a meeting of the Grand Slam Board, urging Wimbledon and the French Open to offer equal pay to male and female players.

“I said: ‘All of our hearts beat the same. When your eyes are closed, you really can’t tell, next to you, who’s a man and who’s a woman.’ And (I asked them) to think about their daughters and their wives and sisters. How would they like them to be treated?” Williams recalled. “Sometimes, we lose track of, and don’t even realize, our own bias and our own prejudice. And we have to confront ourselves.”

The following afternoon, she won one of her seven major singles championships. About 1 1/2 years later, Wimbledon announced it would, indeed, offer the same prize money to men and women in all rounds of the tournament, and the French Open soon followed suit, eliminating the pay gap at the four majors.

Now, Williams and her sister, Serena, are adding their names and voices to the push for equal pay across all types of jobs that the Billie Jean King Leadership Initiative (BJKLI) is championing.

The two current tennis stars are joining the advisory board of the group founded by the former player, and Tuesday’s announcement was timed to coincide with Equal Pay Day, which approximates how far into a new year a woman must work to earn what a man made by the previous Dec. 31.

“Venus, in particular, helped us get equal prize money in the majors. She was amazing. She really got Wimbledon to make the big step,” King said in a telephone interview. “Venus has always had the courage to step up. And Serena’s the same way. They step up. I mean, Serena is not afraid to say whatever is on her mind.”

Added King: “They’ve been through a lot themselves, so they totally understand what’s going on. The two of them have transcended sports. The BJKLI is not about sports. It’s about every industry. To try to get equal pay for equal work, and that means across the board, from CEOs down to entry level.”

It was a pretty easy sell for King to add the Williams siblings, owners of a combined 30 Grand Slam singles titles, along with another 14 they’ve won together in doubles.

“We always put our hands up for Billie. We love her. She has a tremendous history, not just in women’s tennis, but in leading rights for people, in general, no matter who they were,” Venus Williams said. “Billie could be at the point in her life now where she could say, ‘Hey, I’m going to sit back and enjoy my life.’ But she’s still working hard for others. And that’s a prime example for every single person. Your work on this earth never ends, as long as there is inequality.”

King, for her part, looks at the Williams sisters as among those who can carry on the work she started decades ago.

“I am in my 70s, so I am looking to younger people to take up the mill as I phase out over time,” King said. “I’ve got energy right now, so we’re teeing everything up so we’re in great shape for the legacy of the BJKLI, because I want it to have a life after I’m out of here.” 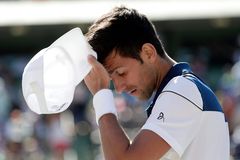 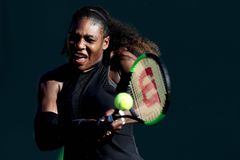 Tennis champ Navratilova surprised to find out BBC paying McEnroe so much more
March 19, 2018
Report an error
Due to technical reasons, we have temporarily removed commenting from our articles. We hope to have this fixed soon. Thank you for your patience. If you are looking to give feedback on our new site, please send it along to feedback@globeandmail.com. If you want to write a letter to the editor, please forward to letters@globeandmail.com.
Comments are closed