The next generation of men’s tennis remains a jumble of unrealized potential.

With Novak Djokovic, Rafael Nadal and Roger Federer skipping the Miami Open, the tournament was expected to bring the game’s new faces into sharper focus. Instead, the outlook remains fuzzy as the clay season begins.

Sunday’s match between No. 37-ranked Hubert Hurkacz and No. 31 Jannik Sinner was the first ATP Masters 1000 final since 2003 with two players ranked outside the top 30. Hurkacz became the lowest-ranked champion in the ATP’s top-level series since 2005.

Meanwhile, for players touted as future Grand Slam champions, Miami represented an opportunity missed. Daniil Medvedev, Stefanos Tsitsipas and Alexander Zverev failed to make it even to the semi-finals.

“With the Big Three absent, I think all the NextGen guys were trying their best to play their best game, to compete as hard as they can,” Hurkacz said. “Hopefully the spectators enjoyed it.”

But what should fans make of it? Twentysomethings have been trying to overtake the Big Three for years, and no front-runner for 2021 emerged in Miami.

Medvedev, seeded No. 1 at a Masters 1000 event for the first time, was upset in the fourth round by Roberto Bautista Agut. No. 2 Tsitsipas exited in the same round with a loss to Hurkacz.

“I felt like it was my opportunity,” Tsitsipas said. “There was more space for me to show something greater.”

No. 3 Zverev flopped worst of all, double-faulting three times on break point in a loss to No. 83-ranked Emil Ruusuvuori. No. 4 Andrey Rublev, a Russian who leads the tour with 20 wins this year, reached the semi-finals before Hurkacz upset him.

This all came after Nadal and Federer withdrew before the tournament started owing to injuries, while Djokovic decided to stay home in Serbia amid the pandemic.

For Hurkacz, 24, the title is by far the biggest of his career, and the first for a Polish player in a Masters 1000 event. But he won’t be among the favourites at the French Open.

In sum, no twentysomething appears poised to wrest the mantle from the thirtysomethings who have dominated the sport for so long. Dominic Thiem won his first major title at the U.S. Open in September, but he is just 5-4 this year and skipped Miami.

Perhaps Grand Slam greatness will skip a generation, and it will be someone now a teenager who supplants the Big Three. Sinner, a 19-year-old baseline basher from Italy, took a giant leap in Miami, just his third Masters 1000 event.

Also making a splash was unseeded 20-year-old American Sebastian Korda, who reached the quarter-finals before losing to Rublev. Korda, the son of former Australian Open champion Petr Korda, is widely considered the best hope to end an 18-year drought in major titles for U.S. men.

He sounds more patient than some fans.

“My parents are super big on baby steps,” Korda said. “You can play tennis for so long if you stay healthy – for 15-plus years. Guys now are playing until 40; it’s incredible. There are a lot of years ahead of me.

“I’ll always put my head down and keep working, and hopefully one day I could achieve something like what my dad achieved.”

Korda and Sinner have considerable flair and star appeal, as do Medvedev, Tsitsipas, Zverev and Rublev.

“The future of tennis looks great, because the generation is changing,” Rublev said. “The NextGen players, they are different. They look different compared with previous ones. I think they have charisma.”

Charisma, yes, but not yet many trophies. 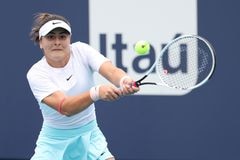 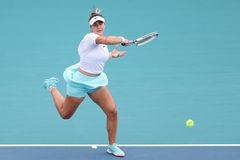 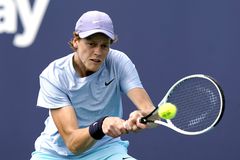