An ankle injury suffered last fall while training made the 17-year-old Canadian prospect wonder whether turning pro was the right move. Shapovalov had even entered into the junior tournament at the Australian Open in hopes of getting some more playing time.

But after chatting with his team, it was decided that there wasn't any point in going back to the junior ranks.

"If I commit to pros, I really got to stick to it and I think it was a good decision," Shapovalov said in a phone interview from Ottawa, where he's preparing for this weekend's Davis Cup World Group tie against Britain.

Shapovalov, from Richmond Hill, Ont., originally decided to jump from juniors to the pros after winning the Wimbledon boys singles title last July. Increased travel demands, however, have resulted in Shapovalov being home for only a few days so far this year.

"Obviously it's tough, missing my parents, family in general but I'm getting used to it," Shapovalov said.

"It's the life and hopefully I'll get some time to go home maybe for a week or a bit to catch up on things."

Shapovalov, currently ranked No. 234 in the world, broke into the spotlight in 2016. Along with the Wimbledon victory, he shocked current world No. 15 Nick Kyrgios in the first round of the Rogers Cup in Toronto and earned a Davis Cup singles victory in his debut against Chile in September.

Shapovalov has carried that momentum into this year and already has a victory over Pierre-Hugues Herbert of France, then ranked No. 76, in the round of 16 at the East Hotel Canberra Challenger in Australia.

The southpaw underwent a coaching switch in the off-season, splitting with Adriano Fuorivia, who he had worked with for over four years. Canadian Davis Cup captain Martin Laurendeau was hired as his replacement.

Shapovalov says that he and Fuorivia are on good terms despite parting ways.

"Adriano thought that someone with more experience like Marty would be a good benefit to my team," Shapovalov said. "It was nothing that happened between us, it was just more of a decision that we made together."

Laurendeau said joining forces with the six-foot, 132-pound is a good fit, as the 52-year-old is also responsible for Tennis Canada's transition program.

"He's the best 1999-born in the world," Laurendeau said. "He have a great prospect in our hands."

Although Laurendeau praises Shapovalov's ability, he cautioned that the teenager is currently is a key transition period.

"It's where they either make it or break," Laurendeau said. "It's not a given that if you're a top junior in the world that you automatically become a top player in the men's game.

"You have to be patient and disciplined and just go through the steps and just make sure we manage that career carefully with wildcards. You don't have to speed up somebody so fast that you burn some steps, but you don't want to hold him down either so it's always a fine balance and that's the challenge."

Laurendeau says that it's tough to predict Shapovalov's schedule this year, but it will include a Challenger tournament following the Davis Cup before playing at an ATP 250 event in Marseille, France from Feb. 20-26.

While Shapovalov admits that there's still plenty to work on, his ultimate goal for 2017 would to be ranked in the top 150.

"That would be ideal but if I don't, I won't be too concerned," Shapovalov said.

"Right now for me it's more important to bring my level up and make sure that I can compete against guys in the top 100 and top 50 instead of maybe being 120 or 130 and not being able to compete with those guys."

Injury forces Milos Raonic out of Davis Cup tie against Britain
January 27, 2017
With Murray and Djokovic out, Raonic has his best Grand Slam opportunity
January 23, 2017 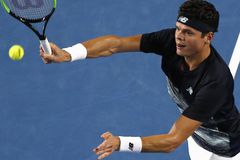 Michael Downey to take over as Tennis Canada CEO in July
January 12, 2017 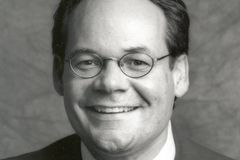