One is a registered full pharmacist; the other was a naturopathic practitioner at Vancouver's Sage Clinic. Together, Chad Robertson and Brandon Spletzer said in a widely disseminated documentary that they flouted the rules to supply performance-enhancing drugs to professional and amateur athletes.

The two men detailed their drug business to Liam Collins, a former hurdler for Britain who claimed he needed performance enhancing drugs to qualify for the 2016 Summer Olympics. All of those meetings, and others, too, were secretly recorded by Mr. Collins. On tape, a confident Mr. Robertson said: "I'm not going to lie. Have I doped people? Oh yeah. … And no one's got caught because the system is so easy to beat, and it still is."

The Al Jazeera documentary The Dark Side: Secrets of the Sports Dopers aired on Sunday and immediately created controversy, mostly for an allegation that Denver Broncos quarterback Peyton Manning had used human growth hormone (HGH) as part of his rehabilitation from a neck injury in 2011. Mr. Manning has strenuously denied the claim. Baseball's Ryan Howard of the Philadelphia Phillies and Green Bay Packers linebacker Clay Matthews are said in the documentary to be two of the many pro athletes who have also used drugs. Both have denied the allegations.

The documentary brought the issue of doping in sports to Vancouver with the prominence of Mr. Robertson and Mr. Spletzer. It was a business partner of the two, Charles Sly, who made the allegation against Mr. Manning. Mr. Sly has distanced himself from the documentary, saying his comments about various athletes "are absolutely false and incorrect."

Mr. Robertson – listed as Chadwick Robertson – is registered as a full pharmacist with the College of Pharmacists of British Columbia, authorized to give injections. He has previously spoken about his connection with controversial sports doctor Anthony Galea.

In an article posted July, 2011, Mr. Robertson described Mr. Galea as a colleague and that they were working on "the most detailed compendium to date on growth hormone and its effects on all body systems."

Such a compendium does not appear to have been published. That same month, Mr. Galea pleaded guilty in a U.S. court to importing a misbranded drug. He had lied to border officials and practised medicine without an American licence. He also provided professional athletes with restricted and unapproved drugs. Mr. Galea did not serve jail time.

Mr. Robertson, who said his work involved "regularly consulting with professional athletes," co-wrote a medical book with Mark Lindsay, a chiropractor who was an associate of Mr. Galea's. Mr. Lindsay did not return a call on Tuesday and efforts to reach Mr. Robertson and Mr. Spletzer were unsuccessful.

Mr. Spletzer says he is a "doctorate in naturopathic medicine" and is licensed in B.C. and Washington State. According to state records, Mr. Spletzer's naturopathic physician licence was first issued on June 24 of this year.

In the Al Jazeera documentary, Mr. Spletzer is shown with Mr. Collins, the hurdler, in a living room of a home with a pile of goods on the table, including 100 needles. The documentary states that some of the drugs weren't approved for human consumption. Mr. Spletzer talks about how one shipment of peptides was delayed at the border – "I was kind of freaked out" – and how he went to the U.S. himself to bring others back. Peptides fall under the prohibited substances list of the World Anti-Doping Agency.

Mr. Spletzer's online presence is quickly being erased. His Linkedin, Twitter and Facebook pages have been removed. His biography, as a faculty member at the Vancouver campus of The Institute of Holistic Nutrition, had been removed. The Sage Clinic suspended Mr. Spletzer's contract on Sunday – "pending the completion of a thorough investigation by ourselves and appropriate authorities." In a statement, Sage owner Arjuna Veeravagu said no one at the clinic knew of the alleged sports doping. "Professional sports doping could not be any more contrary to the philosophy and vision of our clinic and of the profession of naturopathic medicine," he said in the statement.

The former president of the World Anti-Doping Agency, the president of the Canadian Centre For Ethics in Sport, and a former national track team head coach all say they have never heard of Mr. Robertson or Mr. Spletzer.

"They're pretty confident they can dispose of any [medical] records," Dick Pound said after viewing The Dark Side. "I don't know when an investigation would be called – maybe it's with the federal RCMP or the B.C. Mounties or maybe it's the Vancouver police."

Paul Melia, president of the Canadian Centre For Ethics in Sport, said his organization could be involved in an investigation at some point, which was why he guarded his comments Tuesday. "The documentary has caught our attention," he said. "At face value, it's very disturbing to watch."

"Let Brandon do it," Mr. Robertson said. "You obviously know what I mean. He'll be the fall guy … Hopefully not."

Mr. Robertson does not appear to be connected with any hospital or established pharmacy. Such a situation is unusual, said Bob Nakagawa, registrar of the College of Pharmacists of British Columbia.

In his nearly four years as the organization's leader, Mr. Nakagawa had not dealt with a case of performance-enhancing drugs. "It hasn't come up in anything I've seen," he said in an interview Tuesday. "This is unusual."

The college, which is closed this week, will consider whether to investigate Mr. Robertson next week.

Mr. Spletzer's second cousin, Stan Spletzer, has known Brandon since he was a baby but hadn't spoken with him in several years.

"Brandon has been just an outstanding, upstanding person his whole life," said Stan Spletzer in an interview on Tuesday. "He's a wonderful person. I feel sad in my heart that something is not looking good for him."

Stan Spletzer had not seen the documentary or read about it. Ervin Spletzer, Brandon's grandfather, said he had heard "just very little" about the news reports. They last spoke a week ago. "He seemed good," Ervin Spletzer said in an interview. "He's a very good guy. I'll have to leave it at that." 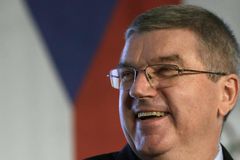 Follow Allan Maki and David Ebner on Twitter @AllanMaki @davidebner
Report an error Editorial code of conduct
Due to technical reasons, we have temporarily removed commenting from our articles. We hope to have this fixed soon. Thank you for your patience. If you are looking to give feedback on our new site, please send it along to feedback@globeandmail.com. If you want to write a letter to the editor, please forward to letters@globeandmail.com.
Comments