You will hear the puck-heads dismiss Georges Laraque out of hand. They will besmirch his character and attempt to paint him as a cartoon figure looking for a little post-career fame and lucre and some of them won't even bother dealing with the allegations of steroid use in his new autobiography.

They'll just say he was a coward, that he should have stood up more during his playing days. Some would call him a turncoat but, well, we've already been down that road, right?

In short, even though he doesn't name names, Laraque will be given the full Jose Canseco treatment as his book, The Story of the NHL's Unlikeliest Tough Guy, is released in English this week. Canseco's 2005 book Juiced was initially greeted with skepticism, but a couple of Congressional hearings and one full witch-hunt later reputations were sullied beyond repair by more legitimate critics and baseball was forced to enact testing to eliminate not just steroids but the amphetamines that had for decades been a fact of clubhouse life. The hunt is on now to catch up to the human growth hormone users and other more advanced dopers and suddenly those monstrous home run totals have diminished to the point where, as Jose Bautista can readily attest, a 50-homer season raises eyebrows.

The question is how many in the NHL will ask 'what if?', and right now the chances aren't good that anybody will bother. Who's going to hold the feet to the fire, eh? Congress doesn't care a wit about the NHL, and Prime Minister Stephen Harper is an unabashed, dewy-eyed romantic about hockey. There is no appetite for delving into any seamy side of an august Canadian institution such as hockey, to be certain. Nor is there much political gain.

The game's opinion-makers aren't much interested in wondering about a drug-testing program that has seen just a handful of players suspended, or wondering about actions on the ice that often smack of good old-fashioned 'roid rage. And woe to anybody who brings performance-enhancing or pain-killing substance abuse into the discussion about post-career issues surrounding NHL tough guys.

The Canadian Press says that Laraque's book, published by Viking, suggests steroid use involving not just NHL goons – who use steroids to bulk up ahead of their entry into the NHL and also use ephedrine to de-sensitize themselves before fights – but also by some of the league's top performers. Laraque doesn't name the players, but he provides something of a road map by holding out weight loss and an efficiency loss every four years – Olympic years – followed by a rebound in a post-Olympic season. Translation: the fear of legitimate, Olympic drug-testing scares players straight every four years.

Laraque credits the NHLPA for changing course after initially failing to confront the issue. He wants the game to now focus on HGH, and his efforts should be lauded, not dismissed.

The simple fact is less is known about what goes on behind dressing room doors in the NHL than almost any other professional sport. And as a sport in general, it seems at times fully incapable of learning its lesson or necessary self-governance – recent reports of a hazing incident involving a 15-year-old player with the Neepawa Natives of the Manitoba Junior Hockey League, in which he and other rookies had to drag around water bottles tied to their genitals, with assistant coaches looking on, raises disturbing issues of de-sensitization in light of what Theo Fleury and Sheldon Kennedy have told us about the game's culture.

In our perfect hockey world, NHLers are all good Kingston boys; the spiritual and emotional spawn of Don Cherry. But we know that hockey is no better than any other sport when it comes to being perfect. There are so many things we need to talk about when it comes to hockey.

Kudos to Georges Laraque if he furthers the discussion, and here's hoping he finds people who will engage him in it.

Georges Laraque: NHL has a problem with PEDs
November 5, 2011 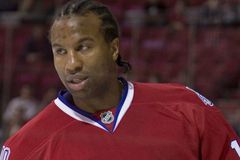 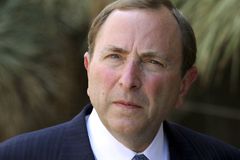 The 'Pukes' remain furious with Don Cherry
October 10, 2011
Follow us on Twitter @globe_sports Opens in a new window
Report an error Editorial code of conduct
Due to technical reasons, we have temporarily removed commenting from our articles. We hope to have this fixed soon. Thank you for your patience. If you are looking to give feedback on our new site, please send it along to feedback@globeandmail.com. If you want to write a letter to the editor, please forward to letters@globeandmail.com.
Comments