The Toronto Maple Leafs are under investigation for tampering because of comments made by head coach Ron Wilson about the club's interest in Daniel and Henrik Sedin prior to the free-agent deadline on July 1.

Leafs general manager Brian Burke confirmed yesterday that the NHL has informed him that the league will examine potential tampering because of remarks made by the Leafs coach in an interview with a Toronto radio station last week.

"The league has indicated that they are looking into it, so we will have no public commentary at this time," Burke said yesterday when asked to respond to a column published by the Vancouver Province last weekend in which an unnamed NHL executive remarked that what Wilson said was a "clear-cut case of tampering."

Last Tuesday, less than 24 hours before the Sedin twins re-signed with the Vancouver Canucks, Wilson told the Fan 590 in Toronto, "You're hearing right now, and this sounds very contradictory but, there's a real possibility, I would think, that we would be going after the Sedins. Let's just speculate there."

What may have further damaged the case against the Leafs is that Burke travelled to Sweden the day before the free-agent period began. There was speculation that Burke was ensconced in the Scandinavian country to talk to the Sedins if they didn't re-sign with the Canucks, but the Leafs insisted that Burke was in Sweden for a follow up get-together with Swedish free-gent goalie Jonas Gustavsson, who has yet to choose his future team from a shortlist that includes the Leafs, Dallas Stars, San Jose Sharks and Colorado Avalanche.

"I did meet with Gustavsson and his girlfriend for two hours [last Thursday]" Burke said. "Everyone is speculating that I went over there to sign the Sedins, but not so. I said all along that I felt they would re-sign [with Vancouver]"

NHL bylaw No. 15 states that tampering is, "the making or causing to be made through any medium, public or private, any statement indicating any intention or desire of or interest in acquiring the services [of a player on another club]"

NHL deputy commissioner Bill Daly refused to confirm the league was investigating tampering allegations against the Leafs, but did state the Canucks have not filed a complaint with the NHL.

"We wouldn't normally comment on whether or not we were investigating a club for a potential tampering violation," Daly said.

"No, the Canucks have not filed tampering charges."

All eyes and ears will be on Daly to see how he rules in this case because last summer Burke, when he was running the Anaheim Ducks, accused then Edmonton Oilers general manager Kevin Lowe of tampering. A year earlier, after sniper Corey Perry re-signed with the Ducks, Lowe remarked in an interview that, "Corey Perry is a hell of a player. What I really want to say about his [Burke's]bickering about parity and the salary cap is if you're unhappy about them, then trade him [Perry]our way. We'll be glad to have him."

After a league investigation, Lowe was cleared of any wrongdoing. Technically, both Perry and the Sedins were under contract at the time of the remarks made by Lowe and Wilson, respectively.

Also, in early May, Tampa Bay Lightning representatives suggested that the only way they would surrender the second overall selection in the 2009 NHL entry draft was if the Leafs would send defencemen Tomas Kaberle and Luke Schenn the other way in exchange for the draft pick. But there were no sanctions levied by the league against the Lightning. 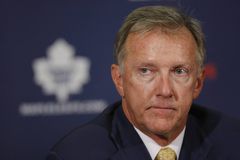 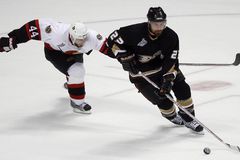 Breakdown of Leafs $50.5-million payroll
July 2, 2009
Leafs new signing weighs in on Heatley
July 3, 2009
Follow us on Twitter @globe_sports Opens in a new window
Report an error
Due to technical reasons, we have temporarily removed commenting from our articles. We hope to have this fixed soon. Thank you for your patience. If you are looking to give feedback on our new site, please send it along to feedback@globeandmail.com. If you want to write a letter to the editor, please forward to letters@globeandmail.com.
Comments