I am listening to Taylor Swift’s 1989 at work. This is a big deal. Before today, if I wanted to listen to 1989 at my newsroom desk, I had to deal with YouTube ads. I hate YouTube ads. But today is a good day. Apple Music is out today.

After making Apple bend to her will last week, convincing the company to pay rights holders during the new service’s three-month trial period, Ms. Swift has granted the tech giant the freedom to stream 1989, which she’s never done before.

There is no question that Apple Music will become a leading – if not the leading – global subscription streaming service in the coming months, as the world’s hundreds of millions of iPhone users upgrade to iOS 8.4 and take in the app. (After the three-month trial, it’s $10 a month or $15 a month for families.) This simplicity – “well, I already have that app” – is Apple’s secret weapon to give it the scale required to become the world leader, well beyond rival Spotify’s 20 million paying users.

But, as Ms. Swift once sang, things are never simple. Apple Music, for all its hope and hype, is a little confusing. It is a service that tries to be everything to everyone. On a high level, it succeeds at this: It has 30 million songs that insatiable listeners can stream at any time, as well as hand-curated stations for those who prefer that their tastes be guided. But all of Apple’s ambitions have mucked up the details. There’s a lot to digest. 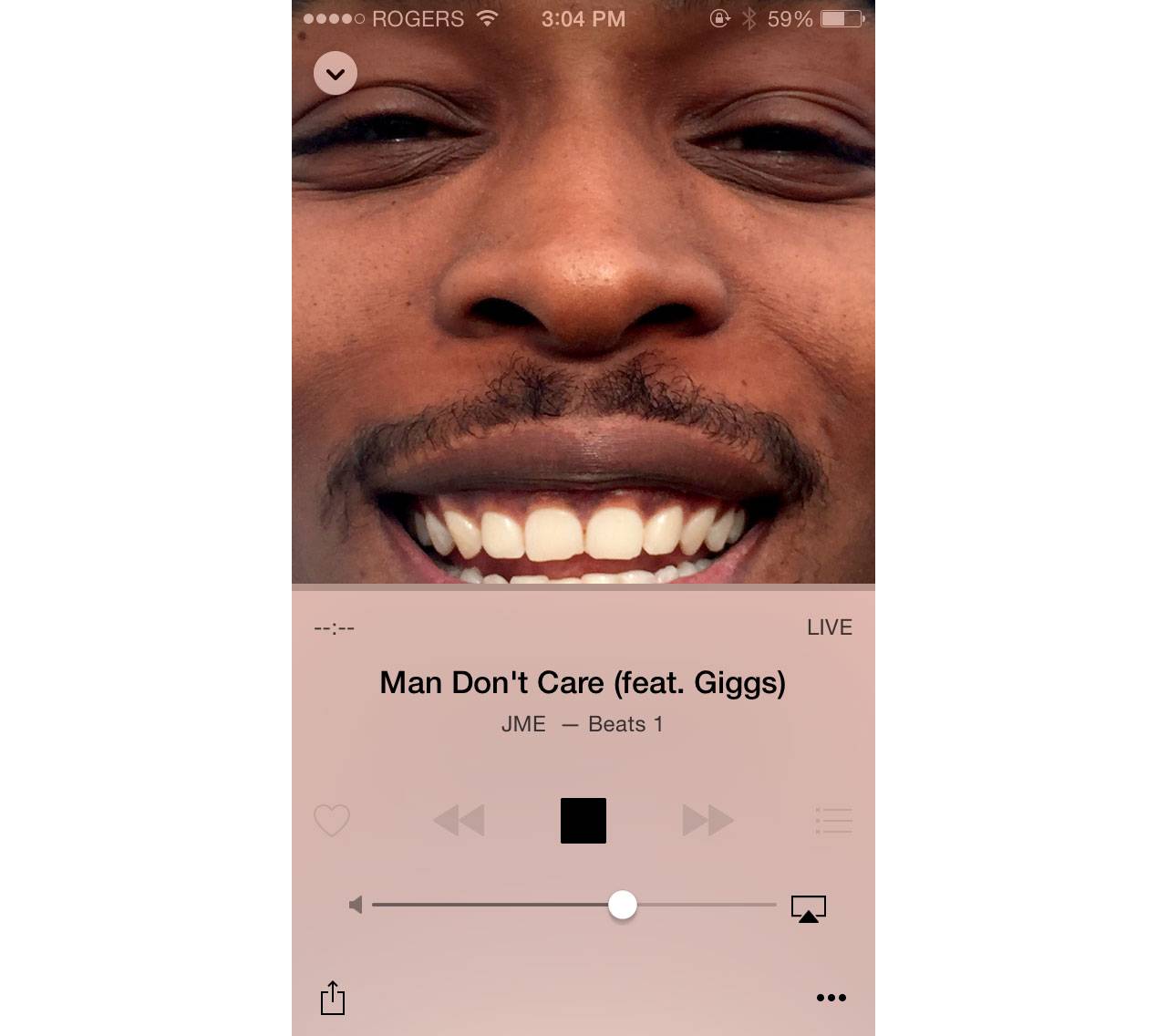 Beats 1, a 24-hour live radio station, is the service’s centrepiece – a clear effort to become not just the world’s chief music provider but a global tastemaker, too. Kicking off with the song City by young Manchester psychedelic band Spring King, former BBC DJ Zane Lowe began broadcasting Tuesday in Los Angeles. Most of Beats 1’s first day will be spent on music itself; interviews will come Wednesday, beginning with Eminem.

Mr. Lowe introduced a handful of new taste-making programming, including the daily World Record, his hand-picked “most exciting new record on the planet.” He’ll play the song at least twice a day, Monday through Thursday. The first candidate? Pharrell’s Freedom.

The radio service is interactive, but not entirely intuitive. While the app lets you “like” songs on Beats 1 and other stations with a heart icon, you have to click through a menu on the bottom right to hear more or add the artist to your own collection, rather than simply clicking the artist name or album art.

While deep-diving music fans will undoubtedly scour the service for their favourite songs, Apple is aiming to please everyone, making discovery based on existing tastes a central feature. In the “For You” tab, it lets users highlight which genres of music they like, and then, once they’ve picked, which artists. It’s a simple way to hone in on tastes to find new music to appeal to you, though this simplicity is also a fault. You first have to click specific artist and genre buttons, rather than just typing in your favourites, making it a little cumbersome. Finding this menu again once you’ve completed it as a little confusing, too.

But once you fill in your preferences, it’s surprisingly effective, and doesn’t pander to one genre or another. It gave what appears to be equal weight to my taste for both Outkast and My Bloody Valentine. On top of recommending individual albums, it translated my love of Pavement into a few interesting nineties-influenced playlists I’ll definitely explore when I get over the novelty of listening to Taylor Swift at work. There’s an “Intro to Superchunk” playlist a few clicks away from the Game’s 2012 record Jesus Piece. Apple’s huge emphasis on human curation seems to have paid off. Colour me interested.

Taylor Swift’s 1989 is at the top of Apple Music’s “New” tab. The album’s nearly a year old, but hey, this is the first time you can stream it. Soak it in, friends.

One of Apple Music’s bigger selling points is Connect, an artist-to-fan portal introduced by Drake earlier this month, and which may or may not be named after a Drake song. This is not an Apple-led innovation – Tidal, Jay-Z’s high-fidelity streaming service, introduced similar functions earlier this year with a host of celebrity participants. But again, Apple has the user base to potentially scale up in a huge way, meaning this could become a major source for exclusive artist content on the Internet.

At the moment, though, there isn’t much. You’d think Apple would get its featured artists to preload lots of exclusive content for such a well-promoted feature. Participation by artists Apple is featuring with the service, however, is hit-and-miss. At the time of this review’s publication, Apple Music pitchman Drake apparently hadn’t posted anything to the service. Same with other acts, like Sam Roberts Band. A few artists have participated in small ways. Pharrell Williams uploaded a selfie; Canadian band Metric posted a picture of singer Emily Haines decorating a bass drum; and Toronto-area singer Shawn Mendes features an interview about his new single, Stitches.

Because Apple is building its streaming service off of iTunes, it faces a problem few of its competitors do: It’s got to juggle purchased songs with streamed ones. People want to mix and match their old songs with new ones they’re streaming. Services like Rdio, Deezer and Spotify let users download songs from their massive servers for offline use on their mobile devices. But with Apple, users already have their own individual iCloud accounts – which is effective if you’ve run through Apple’s gamut of content-sharing approvals on all your devices. I’ve never had to – until now – which added to the complication of building an Apple Music library. The only way I could save songs to my Apple Music library was to temporarily purge my download collection. This felt … less than necessary.

But if you’ve already signed off all the requisite iTunes approvals, it should be a breeze. Just search the albums and songs you want, click the “+” sign, and you’re off to the races.

Apple Music’s most glaring problem is desktop compatibility. Unlike competitors like Spotify and Rdio, which can run in Web browsers, Apple Music requires using iTunes. The future of streaming is undoubtedly on mobile devices, but a vast swath of consumers interested in streaming music are young adults with enough disposable income to throw $120 a year on streaming music. Many of those people have desk jobs, and many of those desk jobs come with PCs on networks with restrictive download policies – in other words, no iTunes. This will force many users to listen through their phone, and, if they don’t have WiFi at work, will force them to suck up their data.

Even those who have iTunes can run into trouble: on Tuesday evening, hours after Apple Music’s launch, hundreds of people on Twitter complained they couldn’t upgrade to the newest iTunes version to use the service. Apple wants you to do everything in its own ecosystem; unfortunately, that can come with a price.