For the most dedicated of deal hunters, Black Friday is hands down the biggest shopping day of the year and will mean trekking to the U.S. to fight massive crowds, waiting for hours in long lines and — hopefully — scoring some major bargains.

For everyone else, it'll be fairly easy to find some Black Friday sales close to home — they just might be called something else.

Canadian retailers have increasingly bought into the Black Friday hype — as well as Cyber Monday, a day of online sales to cap off the shopping weekend — and this year, few of the major names are opting out.

"What we've seen every single year is more and more growth in participation for Black Friday and Cyber Monday and we'll see the same this year, that's what all the signs are pointing to," said Derek Szeto, founder the online shopping site Redflagdeals.com, which is hosting flyers and discussions about this weekend's deals.

According to a recent survey commissioned by Visa Canada, about a third of Canadian online shoppers said they were likely to shop at American retailers between Black Friday and Cyber Monday.

ComScore estimated Wednesday that U.S. e-commerce sales for the November and December period would reach $37.6-billion this year, after getting off to a fast start: the firm said on Tuesday that online sales were up 14 per cent in the first 20 days of November.

A survey for PayPal Canada found 52 per cent of Canadians were aware of Cyber Monday, up from 24 per cent last year.

Mr. Szeto said Cyber Monday has the potential to be even bigger than Black Friday, since Canadians can shop at U.S. stores right from their homes instead of having to cross the border.

U.S. retailers like Bloomingdale's, J.C. Penney, Macy's, Neiman Marcus and Nordstrom offer Canadian shipping and include the cost of taxes and duties at check out.

And even for sites that don't ship to Canada, there are mail depots close to the U.S. border that will accept packages for Canadians for a small fee.

Some web shoppers are already doing their homework and eyeing the upcoming sales prices in the U.S. Mr. Szeto notes that Google statistics for the last few years show Canadian searches for Black Friday are now exceeding searches for Boxing Day.

For consumers, the shopping holiday on the day after U.S. Thanksgiving usually means rock bottom prices, which regularly lead to stampedes, assaults and parking-lot robberies.

But it'll be difficult for Canadian retailers to match some of the deepest U.S. discounts, which might explain why most stores aren't using the term Black Friday in their advertising.

Sears Canada is one of the exceptions and spokesman Vincent Power said there is a danger in committing to being a part of the U.S. shopping trend but then not going all in.

"If stores try to go out and call it 'Black Friday' and it's not a big enough deal then I think you risk people perhaps suggesting that you've got to give it a better effort," Mr. Power said, adding that it's just the second year that Sears has used Black Friday in its ads.

"Relative to the Canadian marketplace, the deals we have in that time-frame are as good as deals you'd see on Boxing Day, we're talking about the same price level.

"I think we can proudly say we participate relatively as aggressively as they do in the States."

Mr. Power said there are some shoppers who will look at the sales prices in the U.S. and expect the same in Canada, but he thinks most will factor in the potential costs of cross-border shopping, including time off work, gas money, hotel or restaurant bills, and taxes or duties paid at the border.

"Certainly we think that the prices we have will hopefully convince them that they don't need to cross the border."

"I think the deals are going to be better in the U.S. generally and the reason is in Canada we still have Boxing Day coming up," he said.

"There's going to be retailers that are basically making a choice or trying to balance how aggressive they are. They almost have to save something in the tank for Boxing Day."

Future Shop is among the retailers that will have sales this weekend but without the Black Friday tag. First, there's an in-store only sale on Thursday, more promotions throughout the weekend, and then a Cyber Monday event.

"We do know Black Friday is a day that has grown in awareness and significance in Canada so we want to capture some of that crowd, said Future Shop spokesman Elliott Chun.

"We see the end of November as an opportunity to really kickstart our holiday sales.... We really want people to think we're 30 days out from Christmas."

As big as this shopping weekend has become, it still pales in comparison to Boxing Day, Mr. Chun said, when Future Shop still focuses most of its efforts.

"Our iteration of a huge sales day in Canada, that we're really proud to own, is Boxing Day, so we want to stay true to that Canadian spirit."

It's only the second time Future Shop will be holding a Cyber Monday sale but last year's promotion yielded the second-biggest traffic spike of the year, behind Boxing Day.

"The retailers are making it a big deal, either because they want another excuse to run a promotion and have it seem different than just the same old lead up to Christmas, or because there's a paranoia that they're losing business to the Americans," Gray said.

"I kinda see (consumers) maybe embracing some Cyber Monday sales and shopping Black Friday online, but I don't see a surge across the border."

Will the Black Friday bulls be right? 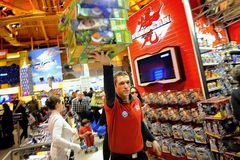 LeapPad's tablet sure to be a hit with kids 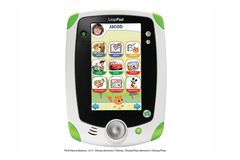 Five things you should know about Black Friday 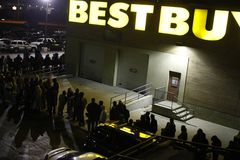 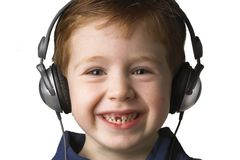 earlier
What to buy that techy kid? Ask the Globe's Gift Guide experts 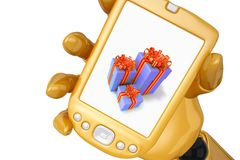