In a first for BlackBerry Ltd., Ford Motor Co. will cut out the middle man and work directly with the Waterloo, Ont., company on modifying its QNX automotive software platform for the auto maker's vehicles.

John Wall, senior vice-president and head of QNX Software Systems, announced the deal Monday and told reporters on a conference call that until now QNX's contracts in the automotive industry have been with the so-called tier-1 suppliers, not directly with the big automakers.

"Software is becoming such an important piece... that the OEMs [original equipment manufacturers] don't want to rely on the tier-1s to provide these systems, but actually wants to develop systems themselves," said Mr. Wall, who expects to sign more deals like this with other auto makers in the future.

"I talk about this being an inflection in the industry ... there's several that feel software's going to be a differentiator in the coming years, and as such they see it as important as a transmission and an engine. It's something they very much feel is central to their brand."

The deal with Ford is an expansion of a yearslong trend. In a 2014 report, Mark Boyadjis, a senior analyst at IHS Markit, wrote that auto makers were growing frustrated with the pace of development for in-car information and automation systems.

"Automakers are reinventing the automotive supply chain by breaking the stronghold that traditional tier-1 electronics suppliers have had on the market," Mr. Boyadjis wrote at the time. "In years past, an automotive original equipment manufacturer (OEM) would source a navigation system from a supplier with little interest for what it did or how it was designed. Now OEMs work directly with 'nontraditional' suppliers like NVIDIA, Sharp, Flextronics, and Google to ensure their infotainment systems meet quality, usability, and performance guidelines."

As part of the deal announced Monday, Ford will get a dedicated team of QNX engineers to help integrate such QNX products as QNX Neutrino Operating System, Certicom encryption technology, QNX hypervisor (a heads-up display system for windshields) and QNX audio processing software. Mr. Wall couldn't say when new Ford cars featuring the partnership's software will hit the market, but did confirm that QNX will not "fork" its software just for Ford; it will continue to offer standardized tech to all auto makers (QNX is already installed in approximately 60 million vehicles). The duration or value of the contract was also not disclosed.

"The future of the automobile is all about embedded intelligence," wrote BlackBerry CEO John Chen in a statement. Mr. Wall also took the opportunity to tout QNX's preparations to work with automated and self-driving vehicle systems.

Mr. Wall described Monday's deal as a continuation of BlackBerry's shift from hardware to software. In its most recent quarter, the company reported a 111-per-cent increase from the previous year in non-GAAP revenue for software and services: $156-million for the second quarter of fiscal 2017.

Over the weekend, BlackBerry posted a blog post refuting media reports that suggested its leadership in the embedded market was under assault in part thanks to Apple hiring away key talent for its Ottawa-based smartcar team, which is led by QNX co-founder and former BlackBerry executive Dan Dodge.

In 2014, Ford abandoned Microsoft as the main vendor for its Sync infotainment platform, and currently supports Apple or Android users who want to connect their phones to Ford vehicles. QNX will not compete with Apple or Android directly as those in-car software systems work on top of QNX. 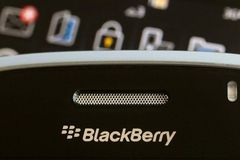 When BlackBerry really gave up on hardware, according to its ex-design chief
Subscriber content
September 29, 2016 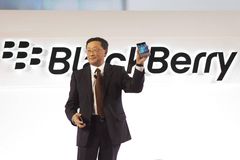 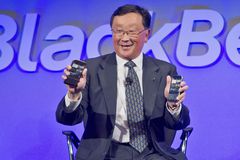