Wherever Rogers Communications Inc. goes next with its new strategy from CEO Guy Laurence, it's worth noting the big deals, bold moves and legendary leaders that got it to this point. Here's our list of Globe and Mail stories on the biggest milestones in Rogers' recent history. 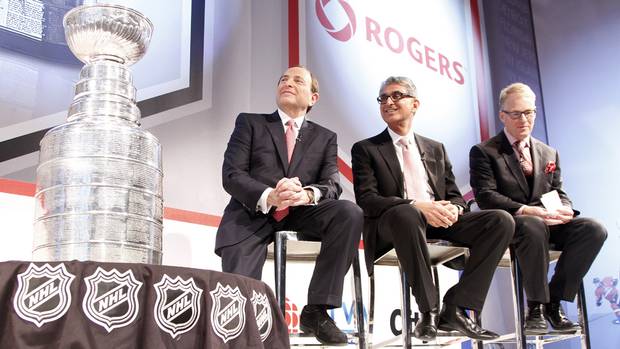 The most complicated and expensive rights deal in Canadian history was pieced together in five days after Rogers Communications Inc. decided to gamble the company’s broadcasting future on the National Hockey League.
The cable giant has spent the past several years under president Keith Pelley building its Sportsnet brand, securing rights deals and acquiring stations in a bid to boost its national presence and steal the top spot from Bell Media-owned TSN.
Now, Rogers has sealed a $5.2-billion, 12-year deal for national broadcast and digital rights for NHL games that will radically reshape the way Canadians watch hockey and shifts the balance of power in the country’s broadcast industry. 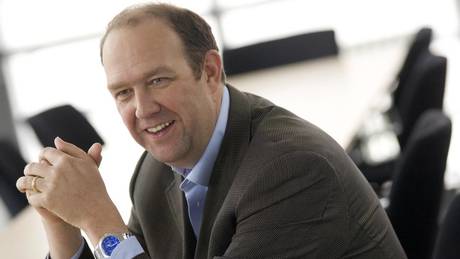 British telecom executive Guy Laurence won the top job at Rogers Communications Inc. with a focus on the customer.
That was just one of the reasons that Mr. Laurence, 51, a noted turnaround specialist with more than 30 years of experience in telecom and media, was named chief executive officer.
Mr. Laurence is known for mounting an aggressive overhaul of the United Kingdom’s oldest carrier, with painful cuts that transformed the company to compete with rivals.
Now as the first external CEO hire at Rogers, hopes are high that he will be able to do the same at the Toronto-based cable and wireless giant, which is losing share to rivals. 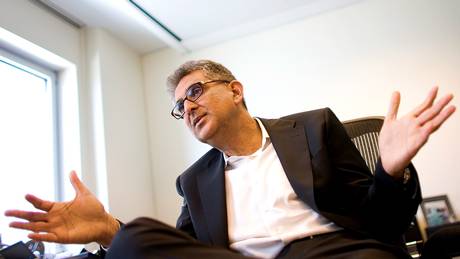 Nadir Mohamed is stepping down as the chief executive officer of Rogers Communications, leaving the telecom and media giant in search of a new leader at a critical time for the industry.
Mr. Mohamed will leave his post in January, 2014, about five years after taking over from founder Ted Rogers. When he was handed the top job in 2009, Mr. Mohamed was seen as a steady hand who could ably manage the company after the death of the legendary Mr. Rogers. Mr. Mohamed joined the company in 2000, serving as its chief operating officer until he ascended to chief executive officer.
“It’s truly a privilege to work with the Rogers family, the board, the leadership team and our employees to deliver for customers and shareholders and to set the foundation for the future,” Mr. Nadir said in a statement obtained by The Globe and Mail. “The company’s in great shape and it’s time to start the transition to the next generation of leadership. Over the next year I look forward to delivering strong results and to ensuring a seamless transition.” 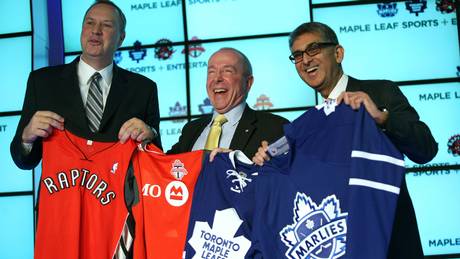 The $1.32-billion deal announced Friday shows just how fiercely determined the two telecommunications giants were to win the prize: Canada’s biggest collection of sports assets, and most importantly, the television broadcast rights that accompany those assets.
The willingness by BCE and Rogers to do a deal that will yoke them together underscores how crucial sports programming – and professional hockey in particular – has become in modern broadcasting. Sports programming rights have become he most lucrative and sought-after elements of the television market, and especially crucial for Rogers and Bell, which generate large profits from their rival sports cable stations. The stakes are so high that the bidding for MLSE by both companies became driven by fear, with each side willing to go to the brink to prevent its rival from getting the prize. 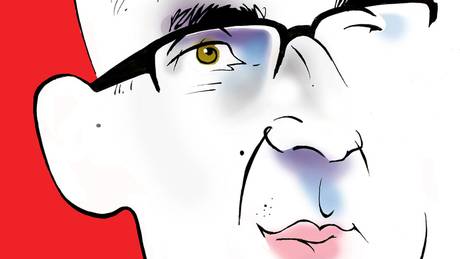 Nadir Mohamed is the first corporate titan who truly reflects modern Canada. An Ismaili Muslim who was born in Africa, Mr. Mohamed went to school in England (where he learned to rock) and completed his education in Canada, where his family had moved to escape injustice. Now, at 53, he runs the nation's most pervasive communication company.
Last year, Rogers Communications Inc. (RCI) generated revenue of $11.3-billion - more than Manitoba's provincial budget. With 29,000 employees across the country, it is Canada's largest wireless provider and its largest cable company, as well as the owner of magazines, radio and television outlets, the nation's only Major League Baseball team and the stadium that houses it. 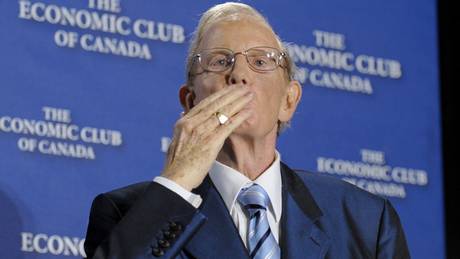 Ted Rogers spent his life defying expectations. He feared he would die by the time he was 38, the age when his father was felled by an aneurysm, leaving a six-year-old son with the pristine image of a heroic dad.
Driven by this memory, young Ted managed to live almost twice as long as his father, surviving a lengthy catalogue of physical ailments. He died on Tuesday at the age of 75 at his home in Toronto. He suffered from congestive heart failure.
But his greatest expectation-smashing act was escaping bankruptcy, as his flagship Rogers Communications Inc. survived a parade of near-death experiences. In the end, he was master of the Canadian communications universe, the owner of the dominant cable television system, of radio and TV stations, magazines, residential telephone services and a wireless network. He was the rare communications titan to solve the convergence conundrum, combining media content and transmission in a single corporate entity. 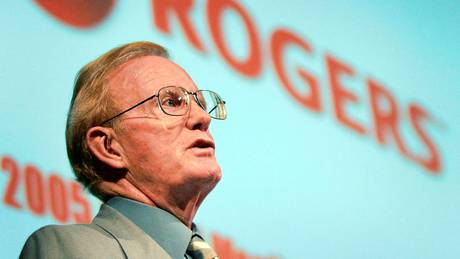 Has Rogers Communications Inc. become a sanctuary for beaten investors?
Six years ago the idea would have seemed laughable. The nation’s largest cable and wireless operator staggered under billions of dollars of debt and yearned for cash flow. But in 2002, the notion of high-speed Web surfing on a cellphone was also unbelievable.
Yesterday marked a new period in Rogers ‘ history. Quarterly results soared on the back of Apple Inc.’s iPhone wizardry, and company founder and chief executive officer Ted Rogers made a case to investors that the stock is now a shelter.
“Compared to many companies today, we are extremely well financed to weather a storm, even a big one. Our balance sheet is rock solid with every manageable leverage,” he said during a conference call. 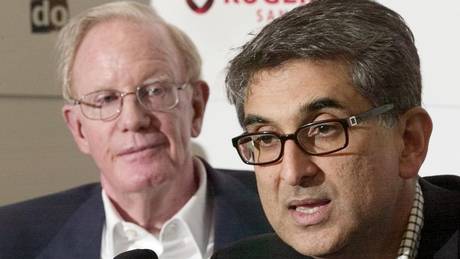 Wireless giant Rogers Communications Inc. expects to finish integrating Microcell Telecommunications Inc. by year-end – an acquisition that chief executive officer Ted Rogers said yesterday is probably the “finest” the company has ever made.
“Anybody can buy something,” Mr. Rogers said during the conference call. “`It takes a lot of effort to make it worthwhile.”
Toronto-based Rogers, Canada’s biggest cable-television operator, is in a period of transition. It spent over $3-billion in the last three months of 2004 to acquire Montreal-based Microcell and the shares it didn’t already own in Rogers ‘ separately traded wireless unit, transforming itself into Canada’s largest wireless company. 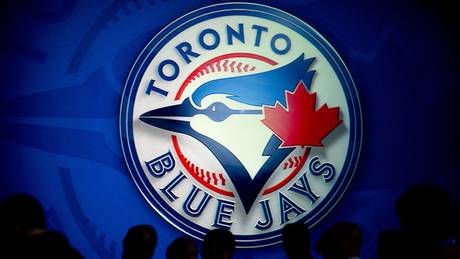 Rogers buys Toronto Blue Jays for $160-million, later in 2004 it also bought the Skydome for $25-million, renaming it the Rogers Centre. 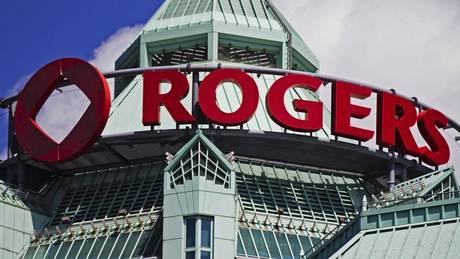 Ted Rogers becomes king of cable by orchestrating a hostile $2.3-billion takeover of major rival Maclean Hunter. Also brings into the fold some of the nation's largest subscription magazines.