We've all become accustomed to cameras, and most of us have one in our hands all the time. Whether you're a point-and-shoot photographer, a serious enthusiast, or have special requirements, there's a camera for you. 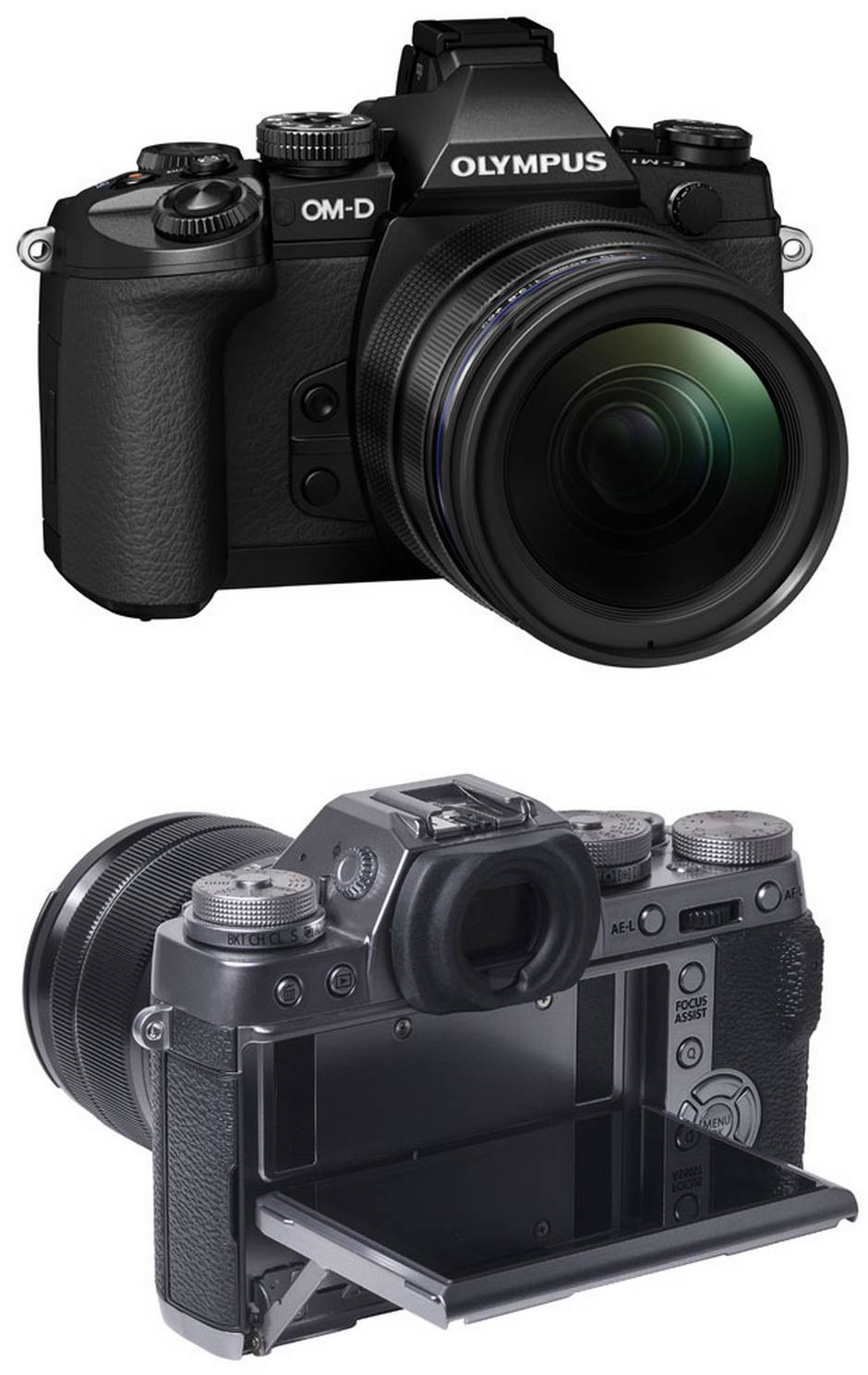 For the photography aficionado who doesn’t want to spend premium dollars for, or have to lug around, a digital single-lens reflex (DSLR) camera, the growing sector of mirrorless models makes good sense. They are smaller, lighter, and yet in many cases take pictures that are as good, or even better. There are two cameras that are atop the category and providing 16 megapixel images, one from Fuji and one from Olympus. Both are sealed against the elements, so are you don’t have to worry about dust or splashes, and both are equipped with Wi-Fi so you can send images from the cameras to your mobile devices, or you can use your smartphone as a remote shutter. While the Olympus OM-D E-M1 is a Micro Four Thirds camera, named after the image sensor used in these cameras, the Fuji X-T1 GS uses an APSC image sensor that is slightly bigger. The X-T1 allows you to preview and review images in the electronic viewfinder, so there’s no need to pull your eye away from the camera while shooting, and regular firmware updates will keep it current for months after it’s been purchased. There are more than 57 lenses available for the E-M1, which can shoot ten frames per second. These cameras are for people who know their way around a camera; the X-T1 doesn’t even have presets for portrait taking or action shots. (bodies only, Fuji X-T1 GS: $1,299; Olympus OM-D E-M1: $1,400) 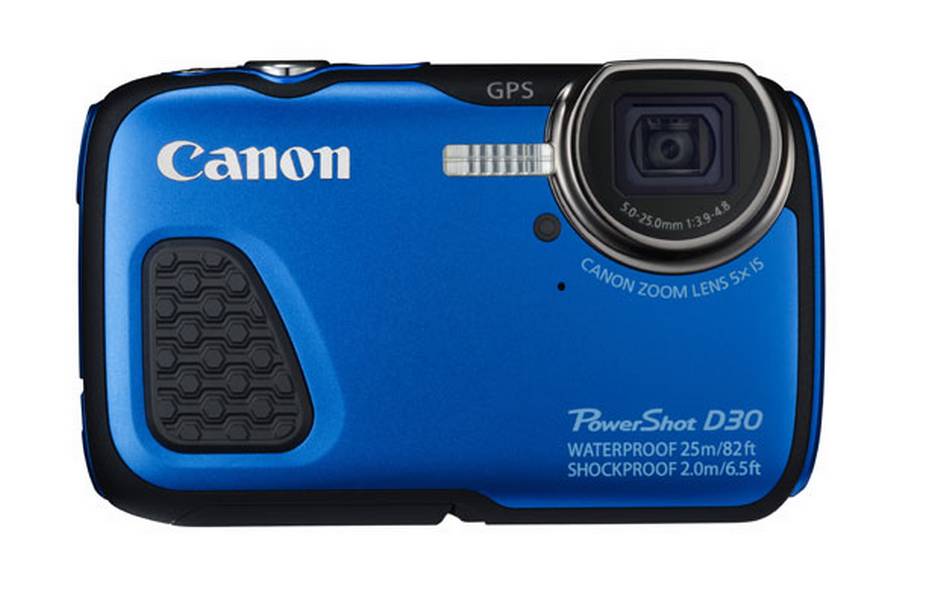 Waterproof to 25 metres, the 12.1 megapixel Canon PowerShot D30 can record high-definition video, too. The equipped GPS can tag all your vacation photos with location and time information, and the LCD monitor has a “sunlight” mode that reduces glare for easier use in bright light. If your vacation preference is for skiing over surfing, the D30 works great in the winter, too. ($350) 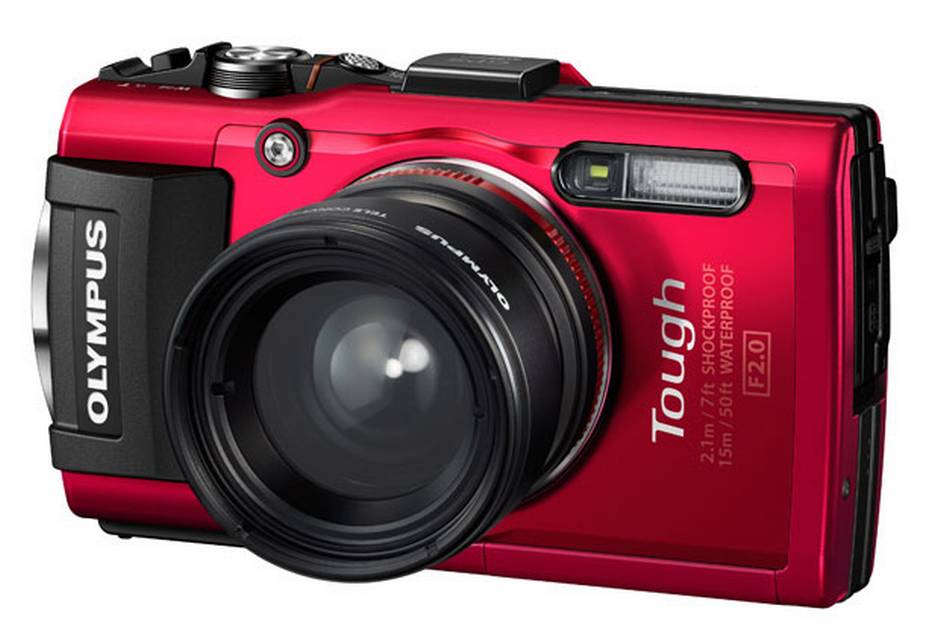 3. Best camera for shooting in the winter

The Olympus Tough TG-3 is waterproof but it’s also good in cold weather, too, down to minus-10 Celsius. And with a conversion adapter you can attach a fish-eye or telephoto lens for even more dramatic photos. It connects to your smartphone for sharing or remote control of the camera, and can do automatic time-lapse shooting with intervals between one second and 24 hours. ($350) 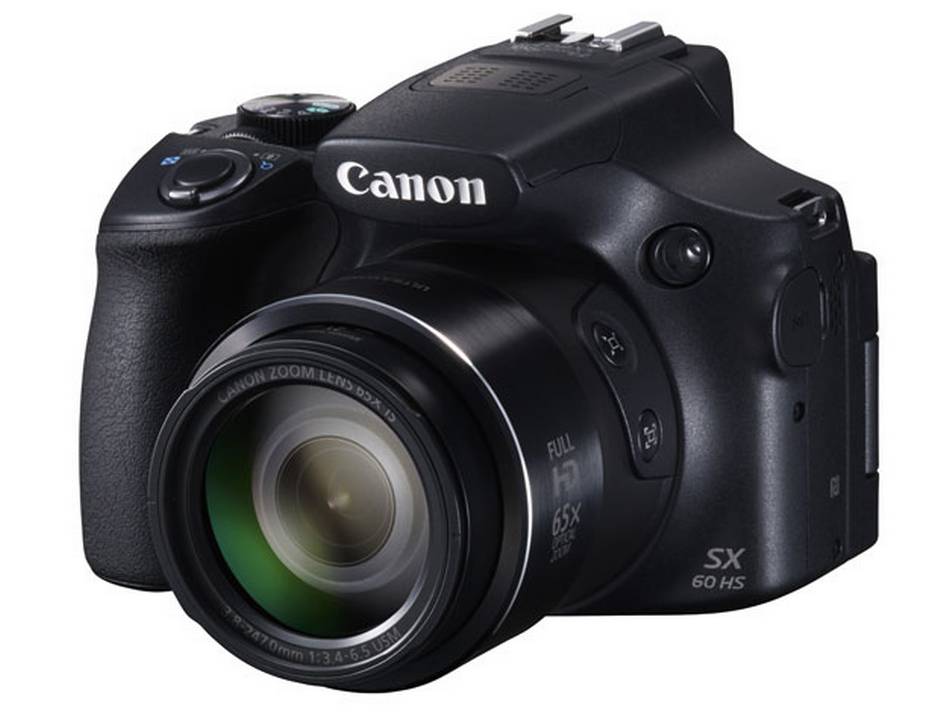 The Canon PowerShot SX60 HS may be a fixed-lens camera, but it has an astonishing 65-times optical zoom, enough to capture decent images from a couple of blocks away. And with the digital zoom it can get up to 130 times, which is the equivalent of having a 2730 mm lens on a 35 mm camera. ($580) 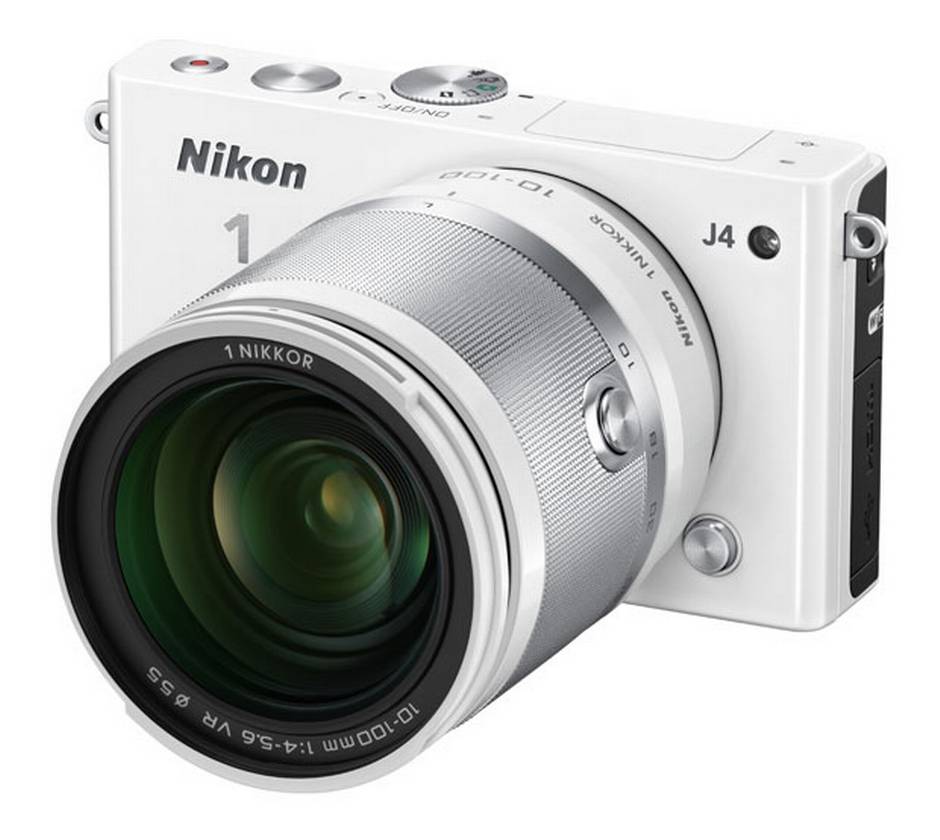 What sets the Nikon 1 J4 apart from the crowd is that it can take an astounding 20 pictures a second with full autofocus and in raw format. It’s the kind of speed that used to be reserved for a DSLR but in a compact, point-and-shoot body. And it can also take full-frame still photos while shooting video. The J4 comes with a 10-30mm lens, but you can get an adapter that allows you to attach a wide range of lenses to it. ($500) 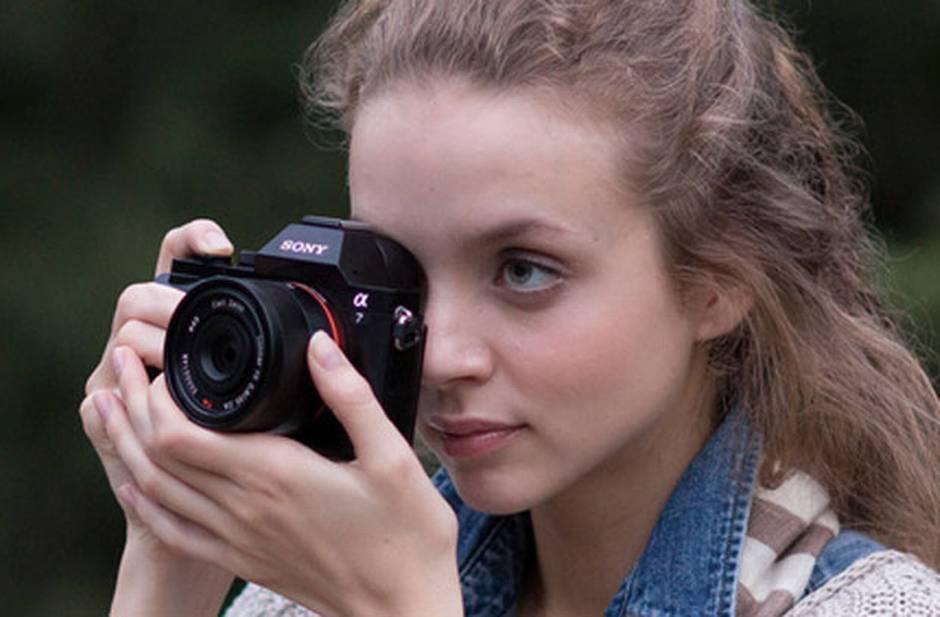 The dynamic range on the Sony A7s is about 13 exposures, which is why it’s easily the best low-light camera on the market. It has a full-frame sensor, the same that’s found in DSLRs, and it uses that sensor not just for taking pictures but also when shooting video. A group of mountain bikers in Alberta’s Kananaskis Country used the A7s to film riders at night and lit only by glow sticks and the resulting video is stunning. And video shot with the camera is recorded in a format that can later be graded in a post-production mode, too. ($2,299) 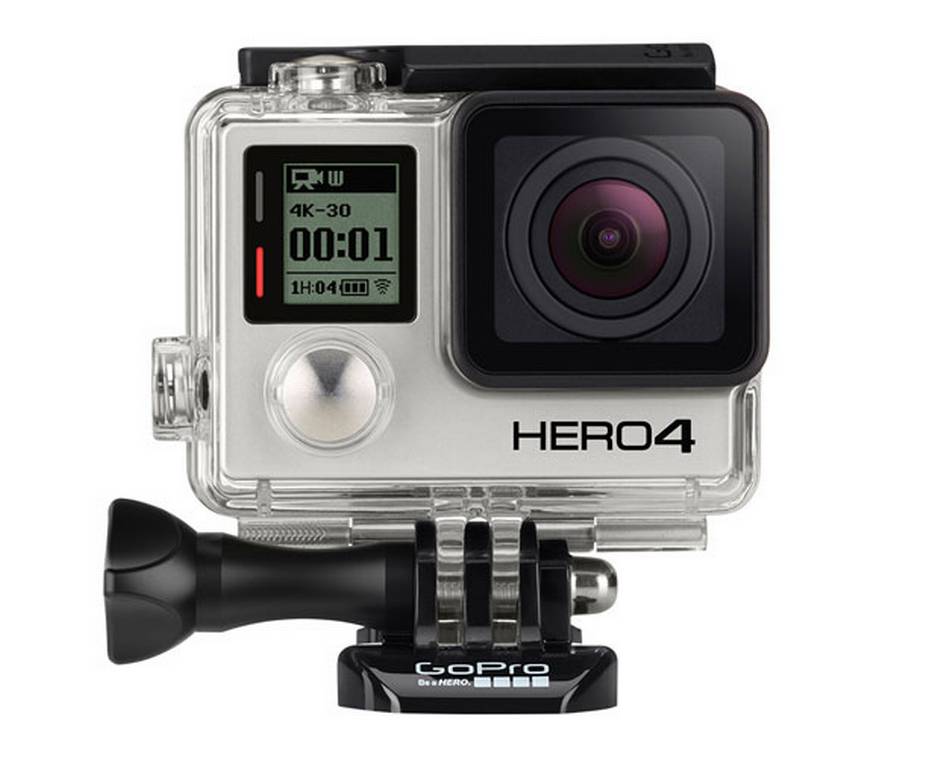 A GoPro camera recently survived an encounter with a grizzly bear, so you know it’s a hardy device. The lightweight and durable GoPro is the go-to camera for active types who like to document their life. The new Hero4 Silver has a touchscreen display, shoots high-definition video, and has a new built-in microphone. With Wi-Fi and Bluetooth functionality, you can control the multiple GoPro cameras from a smartphone, and can automatically share photos and video from the camera itself. The Hero4 Black is the step up, and provides 4K video resolution. (Hero4 Silver: $449, Hero4 Black: $549) 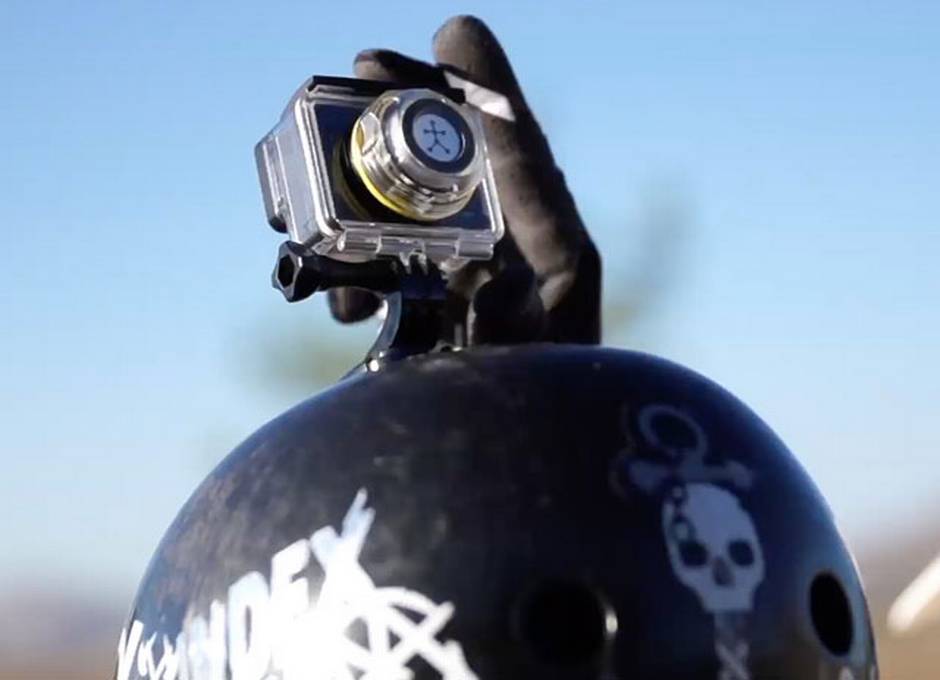 ActionCam, from Blast Motion, is a waterproof sensor that works with the GoPro Hero camera and provides information on acceleration, rotation, vertical height, and hang time. A corresponding smartphone app combines video highlights from the camera with the numbers recorded during the manouevre. ($150; Best Buy, Future Shop) 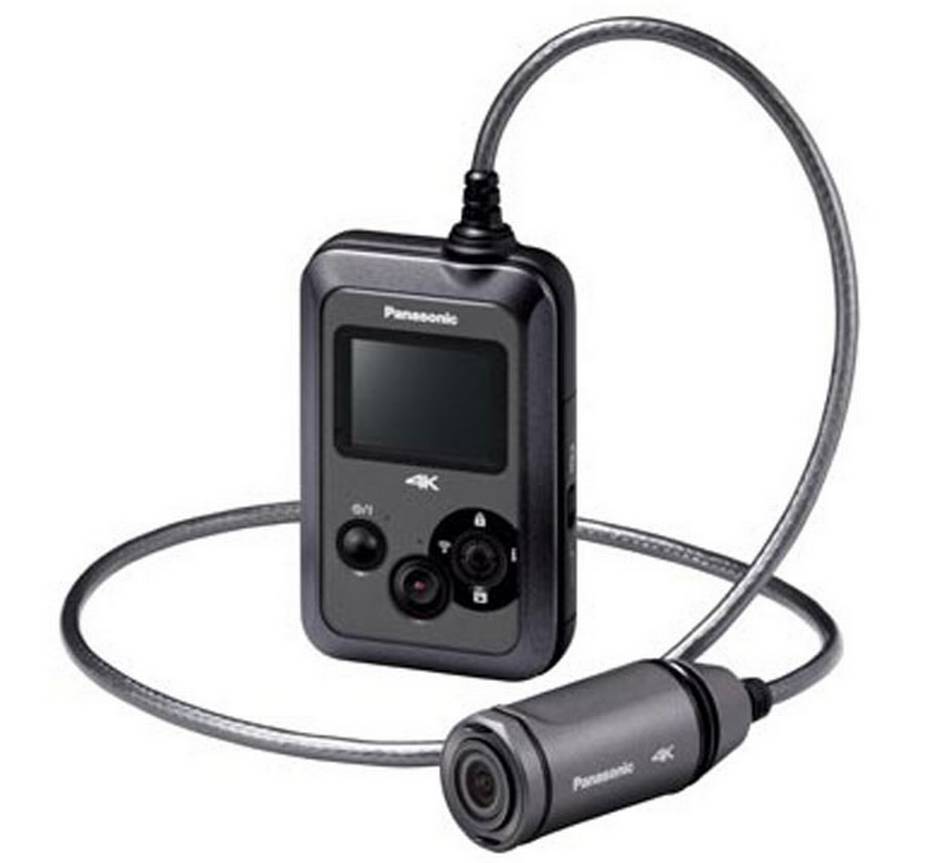 The Panasonic HX-A500 separates the camera lens from the housing of the recording tech, and in so doing brings a truly wearable camera. It’s waterproof to three metres, too, so you can use it in a wide variety of environments. The camera portion is small enough to wear in a shirt sleeve, and it’s light enough that it can be worn with an earpiece, making it easy to shoot point-of-view video, in 4K no less. Still photos can be extracted from the video at more than 8 megapixels in size. ($450) 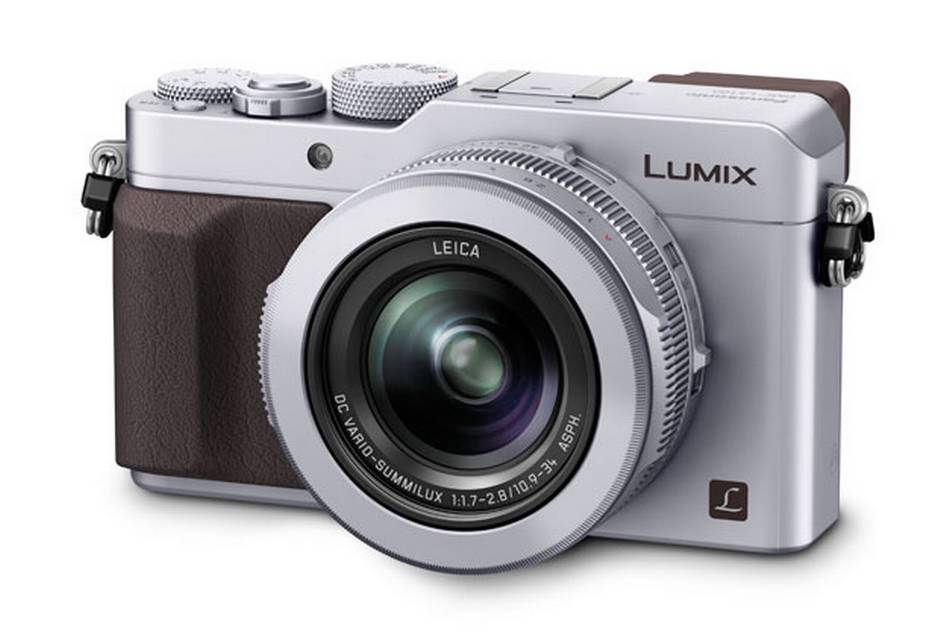 The Four Thirds image sensor in the Panasonic DMC-LX100 is a workhorse, providing still images that are nearly 13 megapixels and video at a resolution of 4K. All in a compact camera body. The fixed Leica lens includes five aspherical lenses that can deliver a shallow depth of field for great portrait shooting, and a mutli-exposure mode let’s you take up to four exposures in a single frame. ($1,100) 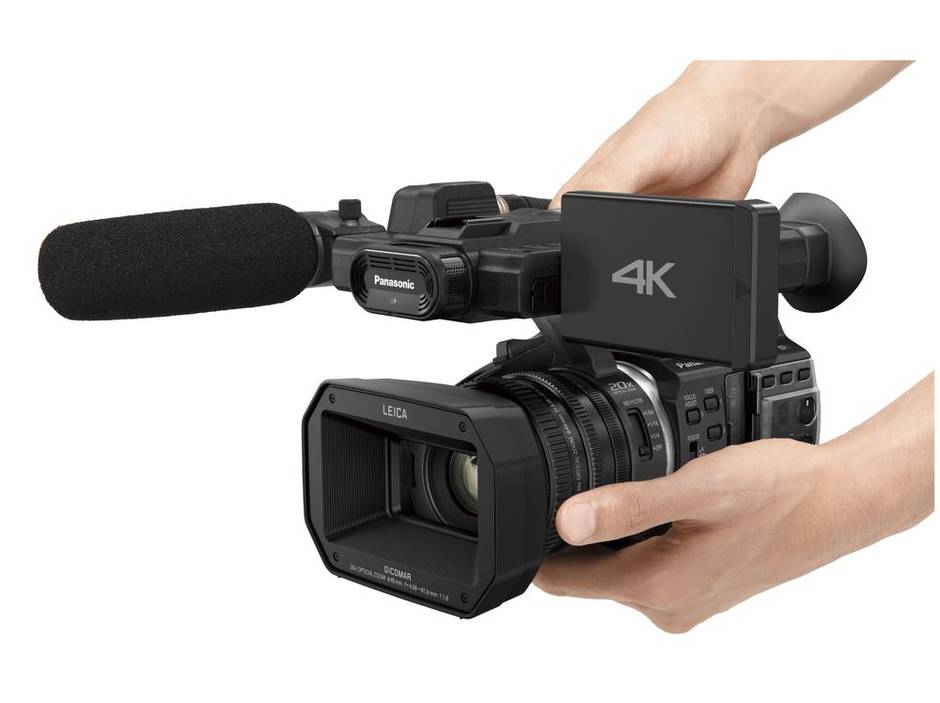 The Panasonic HC-X1000 has a traditional video camera design, but is the very model of a modern camera in terms of functionality. It shoots in full 4K video and the equipped Leica Dicomar lens helps deliver 20x optical zoom. The full-feature camera comes with two 64 GB SD cards and can record directly to those cards. ($4,000)