The CRTC's hearings on vertical integration begin Monday. For the next two weeks, this means that the four major vertically integrated media companies in Canada – Bell, Shaw, Rogers and Quebecor – could face tough questions about whether they have the clout to dominate telecom, media and Internet services across the country and, if so, what should be done to curb that potential?

The hearings were scheduled last November after the CRTC approved cable giant Shaw's $2-billion take-over of bankrupt Canwest Media's television assets (27 television stations, the Global network, 30 specialty cable and satellite channels). It was given added impetus after Bell's $3.2-billion deal to acquire CTV and the A-channels was given the green light in March.

There is every reason to be skeptical about these hearings given that they are a classic case of bolting the barn door after the horse has already left the stable. It is also CRTC approvals all down the line that have allowed integrated media conglomerates to become the norm to begin with.

In the U.S., media conglomerates have become the exception (Comcast/NBC-Universal) after the disastrous AOL Time Warner merger, the collapse of the "old" AT&T, break-up of Viacom-CBC, and so on. Indeed, vertical integration is in retreat in almost every other developed capitalist democracy.

We should also remember that Bell attempted – and failed -- to extend its reach from the medium to the message from 2000 to 2006 by taking over CTV, CHUM, and the The Globe and Mail. The fate of Canwest was worse. Yet, we seem to be stuck in a time warp, with CEOs, Cabinet Ministers and the CRTC singing in unison that media conglomerates are all the rage, for much the same reason that they did back in the 1990s.

Be that as it may, Bell, Shaw, Rogers and Quebecor Media Inc. (QMI) do exemplify the trend in Canada. They are the "Big Four" and the hearings are all about them. They stand at the apex of a set of telecom, media and Internet markets that have grown greatly from $42-billion in revenue in 1998 to $73-billion today (in constant 2010 dollars).

The real issues, however, are not about the sheer size of the Big Four, but their market power. Between them, Bell, Shaw, Rogers and QMI control:

That, by any standard measure of concentration, constitutes a highly concentrated market.

The fact that Bell, Shaw, Rogers and Quebecor stand as gateways to so much raises concerns that they will give undue preference to their own services rather than serve as open gateways to the maximum range of entertainment, communication, knowledge and news possible. In this regard, more is at stake than anti-competitive behaviour, because the range of expression available in a society is a barometer of the quality of freedom of expression and democracy in it. None of the Big Four waxes much about this, however, insisting as they do that the laws of normal economics should be the only measuring rod of value.

To be sure, the Big Four are hardly the only players in town. There is also an important second tier of a dozen or so smaller players that have stuck to their knitting in just one or two media: Telus, MTS, SaskTel, Cogeco, Bragg/Eastlink, the CBC, Astral, Postmedia, Transcontinental, Power Corp, Thomson/ The Globe and Mail, Torstar and Brunswick News. Then there is a third tier made up of the thousands who fill in the nooks and crannies of the media universe: Wikipedia, the Mark, media workers, star journalists, opinion leaders, blogs, your best friend, personal websites and so on.

The position of all these parties turns on where they sit. To the Big Four, to the extent that there's ever been a golden age of media, the picture just presented is it. Thousands upon thousands of actors, big and small, making it nearly impossible for any single entity to exert excess influence over it all.

According to Bell's hired-gun, University of Alberta economics professor, Jeffrey Church, "vertical integration is beneficial for consumers." According to him and other briefs filed by the Big Four, consolidation is good for consumers and Canada because:

Here's a link to all of the briefs filed.

The collapse of media conglomerates elsewhere, the evidence of market power above, and the fact that Canada has the eighth largest media economy in the world after France and Italy and just before South Korea and Spain, should raise an eyebrow or two about claims one through three. Claim four is false (see below), and the last one repugnant.

Many in the second tier and nooks and crannies of the media also challenge these claims. Telus, for instance, argues that the harms are real, not prospective. Buying program rights, for example, from CTV, the Comedy Network, TSN and two-dozen other channels, it argues, became a whole lot harder, and more expensive, after Bell Media took them over.

Access, a co-operatively run cable-system-cum-Internet provider in Saskatchewan, raises similar concerns. Those that have content, but not distribution networks – Astral, CBC, media workers – make a similar case, but point to how control over networks rather than programming rights can cause real world harm.

Periodic squabbles between Quebecor and Bell highlight much the same point, with Quebecor's SunTV hobbled in equal measure by self-inflicted wounds and its inability to sign an acceptable contract for carriage with Bell. Just last week, the CRTC declared that Bell's decision to move Shaw's Cave TV service into the upper stratosphere of its offerings conferred an undue preference on channels Bell owned, and ordered the change to be reversed. If these pitched Goliath versus Goliath battles are regular occurrences, we can only imagine the problems that David is having.

While Bell, Shaw, Rogers and QMI operate their own online video services, they assert that congestion problems require them to manage traffic through usage-based billing and bandwidth caps, although such measures cripple rival online video distributors such as Netflix, Apple TV, GoogleTV and so on. Netflix, for instance, downgrades its services relative to standards elsewhere, and bitterly complains about having to do so, all the time. Smart and savvy telecom guys like Jean-Francois Mezei and rabble-rousing groups like Open Media are convinced that such practices are a deadweight on creativity, innovation, freedom of expression and an open Internet.

All this, too, despite the fact that, as Shaw's brief repeatedly states, the industry and regulators are one when it comes to the goal of keeping "consumers in the existing broadcasting system." We can only imagine what things might be like if they strove for the maximum freedom of expression possible, rather than only "as much diversity as practicable," as the CRTC puts it.

Ultimately, the problems of fully integrated media conglomerates are congenital, not imaginary. They run hand-in-hand with media history the world over and until we accept that, we'll have to continue settling for scraps off the table as regulators let the Big Four, I mean, the market, rip. 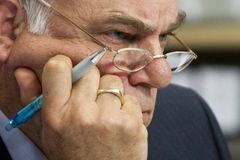 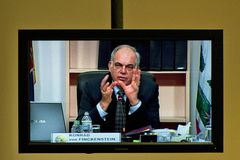 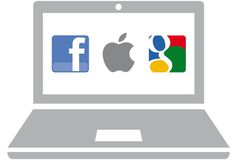