There's gold in them thar shoeboxes.

In the past month, a summery, slightly sad website has made the trip from non-existence to international exposure. It's called Dear Photograph, and its premise is simple: Take a picture of an old photo being carefully held up in front of the place it was originally taken, so it appears to be a window into the past.

The site's creator, 21-year-old Taylor Jones, happened on the idea while looking at family photos at the dining-room table. Looking up from an old snapshot, he realized that his brother was at that moment sitting in the exact same spot as he was all those years ago - and that Mr. Jones himself was sitting where the photographer had been.

So Mr. Jones set about capturing these juxtapositions, holding old photos up to the camera, positioned so they layered an old picture atop a present-day scene.

He started a blog, and requested submissions, but added an epistolary twist: Instead of simply posting the photograph, he addressed a pithy message to each.

"Dear Photograph," he began, over a shot of himself propped up in his kitchen, held before the same kitchen 15-odd years later. "Thanks for reminding me how easy it was to ice a cake when I was 4."

A meme was born. That was May. Now, Mr. Jones has a book deal. It seems that he is onto something: In the age of conspicuous overdocumentation, old film photographs are finding a new cachet of their own.

Mr. Jones is a marketing graduate who works for a technology firm in Waterloo, Ont. When I caught him on the phone this weekend, submissions were rolling in. "In the past hour, I've got 13," he said, checking his e-mail. "But, then, I just did an interview with Good Day Sacramento, so it's probably that."

Memes that take off always owe a bit to alchemy. Mr. Taylor certainly didn't invent the picture-in-picture trick. For instance, a site called Sleeveface.com documents people who find old LP album covers emblazoned with the artist's face, then position the album in front of their heads. (Ladies and gentlemen: The Internet.)

In Toronto, a photographer named Alden Cudanin has been winning attention for superimposing historic images of buildings onto contemporary street scenes, sometimes by holding the picture up and other times employing more elaborate Photoshop work.

But history, like any drama, is dry without characters. Dear Photograph's success stems from the fact that it is busy building a cathedral of nostalgia. It piles it on, course after course. Old photos being what they are, the site has a predisposition toward ferreting out childhood memories and poking them with a stick.

Other reminders are more recent: One entry features an older man standing next to a bench. Held in front of the bench is a picture of that same man, but seated and laughing with a companion, somewhere in the not-too-distant past. "Dear Photograph," reads the caption, "Thank you for everything we had."

But Dear Photograph works beyond the level of tear-jerking. It's a kind of tribute to the days when photos were primarily printed, with their distinctive grains and hues, as opposed to taken by the thousands and shipped in bulk from one storage device to the next.

There's a market for this kind of sentiment. In fact, the old, yellowed photograph is going through a bit of a vogue right now as a nostalgia item. For instance, one of the more perplexingly popular iPhone apps these days is a product called Instagram. It takes and shares cellphone snaps, but first it applies filters to them so that they come out yellowed, grainy, out of focus and generally looking like the photographer is trapped in 1976 and is sending distress signals through the time vortex.

It's almost a fetish. It could be a reflection of the fact that digital photos have become such cheap commodities - or the disconcerting fact that they don't visibly age.

A photo's material nature is a sentimental thing too. A black-and-white photo reminds you of your parents' youth; a round-edged saturated photo takes you back to the lost days of the seventies or early eighties; harsh flashes and cheap-looking one-hour development a less welcome reminder of the nineties. The vintage of a photograph is as powerful as what it actually portrays, which gives products such as Instagram an opening to do well by faking it.

The vintage nature of Dear Photograph's photographs help to turn even the most banal of scenes into touching personal moments. That's the kind of emotional content that will make a site into a global success, and bully for it.

But I find Mr. Jones's original conceit even more interesting: The messages on the site weren't meant to be written to the people in the photos, but to the photographs themselves. These are messages to the message in the bottle, a thank-you note to a form of record-keeping that has changed beyond recognition. Sentiment for the past; sentiment for the ways we used to capture it: It's a killer cocktail.

Perhaps, in 20 years, we'll be looking at a site called Dear Outrageous Volume of Cellphone Snaps. The appeal is harder to see, but everything looks better in hindsight.

It wasn't technology that did Anthony Weiner in
June 14, 2011 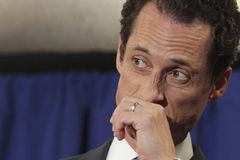 Every music-streaming cloud has a grey lining
May 31, 2011 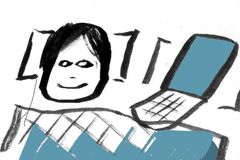