Next time you tell a teen you know to get off Facebook, you may be in for a bit of a surprise: they might happily comply. According to a recently released study from Pew Research Center's Internet & American Life Project, though teenagers are still using the social network in very high numbers, many of them are starting to resent the service, and are starting to wish they used it less.

Given that rightly or wrongly we often associate social media with youth, it sounds strange. But far from being counterintuitive, these new signs of a teen exodus from the social network make a lot of sense. Certainly, there is growing concern about privacy, "drama" or the distraction of such a widespread social phenomenon. But perhaps more importantly, it could be that the very premise of Facebook is also at odds with what it means to be a teenager.

The reasons some youth are starting to sour on the social network are actually quite understandable. Many surveyed in the study complained about mum and dad showing up on the site, constraining their behaviour in a way sure many in their twenties and thirties can relate to as well. Making matters worse is that high school's cliquish rivalries and friendships that ignite as quickly as they formed now find a home on Facebook, and an ongoing need to attend to happenings on the site is seen as draining. The general tone of the report was for many youth, Facebook is becoming more hassle than it's worth, intruding into life rather than augmenting it.

Perhaps because of the sheer amount of work it takes to maintain one's presence on Facebook, teens are starting to gravitate to other services better suited to their needs. Some, like popular social blogging site Tumblr, have an immediacy and simplicity that Facebook lacks, letting users share and comment on ideas and pictures from all over the web without the same demands to maintain a neatly defined "profile." Tumblr's basic blog-like structure has other benefits, too. Because the song or quote you were so passionate about last month – but have now tired of – quickly gets buried by newer posts, it's often more appropriate for the quickly evolving tastes of the young.

It's a phenomenon paralleled and highlighted by the growth in services that focus on "ephemerality," which instead of keeping a record of everything, make images and text actually disappear after a set amount of time. The best known of these is Snapchat, in which users send pictures to each other that automatically delete just a few seconds later. It's easy to see the appeal, especially for teens: they can use the service as an immediate and very visual communication tool, and the fact that images disappear makes it much harder to keep tabs on.

Perhaps it's exactly that difference between the fleeting and the stable that highlights why the young might eventually tire of monolithic platforms like Facebook. The Zuckerberg-founded social network relies heavily on the idea of a profile, the collected likes, photos and interests that we've all spent far too much time meticulously crafting. The trouble for both teens and those of us quite a bit older is that Facebook tends to treat identity as something static and fixed, a thing that is slowly added to rather than upended radically from one moment to the next. And what could be less true about being a teenager than the idea that you stay the same person, month after month, year after year?

In a sense, there's a fundamental tension at work. Facebook has a need for a steady profile, full of rich, detailed marketing information, so it can offer targeted ads for its users, a fact made all the more important by Facebook's relatively new status as a profit-driven public company. On the other hand, those desires are almost the diametric opposite of what many teens want: simplicity, ephemerality and the freedom to change their minds – and identities – with just a couple of clicks. And perhaps the simple facts of adolescent identity mean that Facebook may become the next rock 'n' roll: the thing once synonymous with youth, but that is now thoroughly mainstream – and only for the olds.

Yahoo buys Tumblr: Too much for what it's getting?
Subscriber content
May 23, 2013 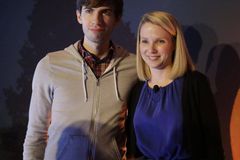 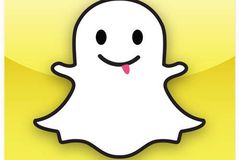 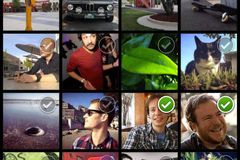 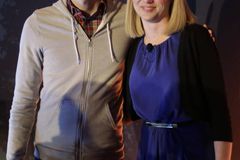