Sergey Brin, Google's co-founder, kicked off The Guardian newspaper's "Battle for the Internet" series last week with a full-throated defense of open data and an open Internet. " Web freedom faces the greatest threat ever," he warned.

Mr. Brin skewered governments, Facebook, Apple and the copyright grab by the entertainment industries in uncharacteristically blunt terms for the mounting threats. He condemned authoritarian regimes such as China, Saudi Arabia and Iran, of course. And he chastised the steady creep of complex, costly and unpredictable government regulation and national security pressures in all countries.

Facebook and Apple's walled garden approaches were singled out because, Mr. Brin argued, they "risked stifling innovation and balkanizing the web." He continued: "All the information in apps – that data is not crawlable by web crawlers. You can't search it … There's a lot to be lost,"

Finally, Mr. Brin lambasted the entertainment industries' push to turn ISPs, search engines and other digital intermediaries into copyright cops through bills such as SOPA and PIPA in the United States and their equivalents elsewhere. It is a checklist of some of the most important forces bearing down on the Internet that others have identified for more than a decade, starting notably with Lawrence Lessig's Code in 1999.

Most of what Mr. Brin says in the Guardian interview could have already been found in Google's latest annual report. When your Promethean mission is to "organize all the world's information and make it universally accessible and useful," as the "about" page of Google's corporate web site boasts, government imposed web blockades and surveillance, exclusive walled gardens and excessive copyright are not just barriers to your business, they are a threat.

Mr. Brin quickly recanted from his denunciation of the digital feudalism represented by Apple and Facebook's walled garden strategies in the face of criticism. In a blog post two days after the Guardian interview, he "clarified" that he actually deeply admires Facebook and Apple. And of course, the power of the state is wholly different than the search for profit and power through the market, he reassured everyone.

A searchable web is a navigable web and this is not just in Google's self-interest, however, but everybody who uses it. Searching and linking really are useful and in this case what is good for Google, is good for most users. These functions help to filter the potential disorder of a million voices all clamouring at once for attention — the Babble Effect — into a meaningful and intelligible shape (see Benkler; van Couvering). Searching and linking are also good for democracies, according to Yochai Benkler, although that does not mean that they eliminate social, political, economic, media and cultural power. They do not. In fact, they can and do concentrate attention while also reproducing and reinforcing hierarchies of power just like in the "real world."

Openness and transparency, searching and linking without limits, are in many instances desirable things, but not always.

When it comes to the ownership and control of our personal information online Google's stance is that there are no limits, since openness removes any impediments to the systematic and comprehensive collection of the user-generated information that forms the foundation of its business. As Christian Fuchs notes in his A Contribution to the Critique of the Political Economy of Google, Internet users produce reams of information without pay for the likes not just of Google but Facebook, Twitter, LinkedIn and the rest of the social media platforms whose businesses depend almost entirely on the hyper-exploitation of our "free labour."

Google's dominant position means that its own standards with respect to data collection, retention and use also serve as de facto standards of what we can expect when it comes to online privacy. And in that regard, the flipside of Google's full-throated defense of transparency is that any limits to the collection of personal data are a threat to the "free flow of information." Indeed, EU moves to enhance personal data protection have been branded in exactly such terms, an affront to the "open Internet."

Such a view is simplistic at best. As scholars such as Helen Nissenbaum have long noted, the idea of privacy is not simply the desire to be left alone but our capacity to set the conditions for how information about ourselves is disclosed and used. And those decisions do not hinge on dogmatic adherence to values in the abstract but notions of trust forged with an eye to the quality of the relationship that we are involved in at a given moment and the contingent, contextual features in which our activities and relationships with others are couched. In short, the more intimate the relationship, the more we want to disclose. That is why we're likely to get naked with a lover, but not in the streets or with Google.

Openness can also be a threat in dangerous situations, whether that's being gay in a small town or during revolutionary times when confronting repressive states armed to the teeth. That, unfortunately, was a lesson learned the hard way by several people in North Africa and the Middle East during Arab Spring as well as the London Riots last summer when their posts to Facebook were used by the military and police, respectively, to track people down.

So, come to think of it, perhaps it's a good idea after all that Facebook and other portions of the app-universe is largely walled off from search. Maybe people don't want their activities in private social networks to be open and searchable to the world? It is clear that there are enough serious issues with Facebook's own approach to the unlimited collection of data that there is more reason than not to restrict Google's capacity to open it up to search and disclosure on the basis of "making all the world's information universally available and accessible."

Mr. Brin's dogmatic adherence to simplistic but appealing shibboleths like "open data" and the open Internet dodge those issues. Recent U.S. court cases have also made it clear that businesses built upon maximizing collection of personal information also makes such services easy targets for State surveillance.

Who owns your personal information? Not you, according to the courts, when the terms of service policies of Google, Facebook and Twitter baldly state that their business depends on the open and unlimited collection of user data as the foundation of their own businesses (see here, here and here).

Seen from this angle, then, openness is not just a license for Google to exploit the collection of user generated content/data for its own promethean pursuits, but a recipe for turning the digital media behemoths that now straddle many of the key cross-roads of cyberspace into functionaries serving the interests of the state and others. Indeed, this is exactly why Google, social media sites (Facebook and Twitter), music downloading sites (Apple) and payment providers (Paypal) and so forth are being targeted for inclusion into the apparatus of copyright enforcement, law enforcement and national security to begin with — exactly the things that Mr. Brin railed about in the Guardian interview. 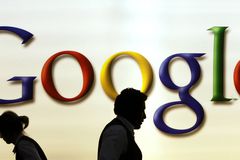