There's this meme that, with just a bit of ingenuity and few lines of code, you too can change the world. I heard it again last week at Google's annual developer conference, Google I/O, the day after protestors interrupted the company's keynote address. To some, Google is certainly changing the world, but not for the better.

I think about this while walking to pickup my smartwatch in one of the Moscone Center's cavernous conference halls. A homeless person yelled at me on the way into the building, and I wonder who's world it is that most developers are really trying to change. The smartwatch takes notifications and alerts I would have otherwise received on my phone, and displays them on my wrist instead – fixing the minor annoyance of taking the phone out of my pocket, I guess. In this context it all feels a little superfluous. The man is gone by the time I walk out.

Inside I/O's conference hall bubble, other reminders of reality sneak in too. One of the keynote protesters yelled about being evicted from her home by Google's legal counsel so he can build a new house, and the second protests Google's purchase of military robotics contractor Boston dynamics, accusing us all of supporting a company that now makes "killing machines." A developer behind me joked that maybe the protester should be killed by a drone.

These aren't the sorts of problems that an app can fix, no matter what developer rhetoric will tell you, and its telling that people clap when the two protesters are taken out of the room. There are certainly exceptions, but I suspect for a lot of people that changing the world really just means changing the one we call ours. For the most part, that's what I/O is about – presenting new ways to make our already connected world better.

There's a new version of Android coming, for example – codenamed Developer Preview L. Android still looks kind of ugly in places, and the user experience isn't all that consistent from device to device. Android on your phone doesn't feel like Android on your smartwatch, or the Android pre-installed on your smart fridge – and rightly so. They're different things, after all. But there needs to be some commonality, a more cohesive look and feel, and Developer Preview L is it.

Key to all of this is a new philosophy called "Material Design" – all bold colours and "beautiful" typography and nicely spaced UI, with inspiration supposedly taken from paper and ink. It's the best parts of skeumorphism – nice lighting and layers and subtle material textures – without gaudy green felt or leather. It is a visual language, a common look and feel, a way to unify all of Google's myriad devices. It means that separate devices won't feel so separate, and is easily a roadmap for Android's latest attempt to infiltrate every part of our lives.

And indeed, that's where Android is going. Android Auto is Google's new interface for your car. It's a lot like using an Android phone or tablet, but optimized for voice commands and gleaming information at a glance. You can speak to it while driving, and the voice of Google will speak back. It's certainly better than the computer in most cars, and has the potential to make hands-free driving easier as well. Android TV is Google's new interface for your TV. It has been optimized for viewing from your couch. Televisions too have terrible user experiences, and Google thinks it can improve them.

Android is even sneaking its way onto your laptop. If you have one of Google's Chromebook laptops, there's an update coming that will let you receive notifications and alerts from your phone on the desktop instead. You'll even be able to run Android apps from your phone on your Chromebook too, further blurring the lines of what Android even means. How long before Android starts invading Windows machines too?

And then there is Android Wear, the software that runs on the smartwatch that is is currently wrapped around my wrist. It is apparently Next Big Thing 2014 – a new, less intrusive way to interact with Google day-to-day, all glances and commands with my voice.

Everything seems primed to work together so well – my car talking to my watch which talks to my smartphone which talks to the cloud, the Google Island techno-utopia that CEO Larry Page spoke about at I/O last year. There's never been a better time to live inside Google's bubble. But a lot of people don't, and some have bigger worries on their mind.

Later in the week, I watched a woman take selfies with a homeless man near Fisherman's Wharf and wondered if the man cared what version of Android her phone ran. Would protesters, I wondered, find their way to Google Island too? 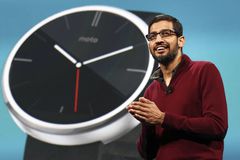 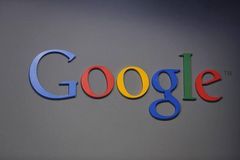 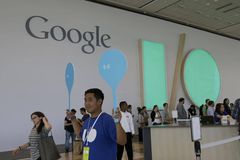