"There's no chance of you getting caught, and it doesn't hurt anyone directly," says the guy who acquired much of his sizable music collection from a dubious site in Russia. "And it's something you do in the privacy of your own home."

Oh, callow youth, loitering around the side entrances of schools with their iPods full of ill-gotten songs and their mouths full of self-serving rationalizations.

Except that particular statement didn't come from a callow youth. It came from a Crown prosecutor (who requested anonymity for reasons you might deduce).

It's 2009, and whether we like it or not, piracy isn't just tolerated: It's almost de rigueur. Doctors share files. Professors share files. Lawyers stock their shelves with Chinese knock-off DVDs. Reputable young business owners buy cavernous servers and stock them with every piece of pilfered media they can get their hands on. And those are just my friends.

When news broke last month that the founders of the Pirate Bay, one of the most notorious file-sharing websites, had been sentenced to a year in prison and ordered to pay millions to major media companies, industry leaders hoped that the verdict might send a clear moral message: Piracy is wrong.

But that idea hasn't clicked with the youth of today. It didn't click when Napster was shut down in 2001. It didn't click when the Recording Industry Association of America went off like Yosemite Sam, suing file swappers until eventually a single mother was fined $222,000 (a retrial was later ordered).

Will it ever click? With a much-hailed new edition of Amazon's popular Kindle e-reader threatening to breach a final bastion of analogue culture and drag books into the download age, copyright holders are beginning to wonder.

Copyright has always been a study in contradictions. Western culture has long been at odds as to whether works of art belong solely to their creators or also to a nation or to humanity. When copyright laws clamped down on the trade of illegally printed books in the 19th century, they ran counter to the citizenry's sense that they had a right to the knowledge in those volumes.

Plus ça change. When it comes to culture, says Myra Tawfik, a law professor at the University of Windsor, "we expect it to be accessible to us in the most convenient and easy way possible." And if that access proves to be too expensive or onerous, consumers have demonstrated few misgivings about grabbing culture wherever they can.

That desire has dovetailed with the "free culture" movement, whose advocates are leery of the intellectual-property regime that has been evolving in the past half-century, placing more and more power in the hands of copyright owners (most of them corporations) as opposed to the public domain. Spearheaded by thinkers such as Stanford University law professor Lawrence Lessig, the founder of the Creative Commons movement, they argue that restricting the way people can appropriate and recontextualize media deprives citizens of the ability to interact with their own culture.

Writers such as Cory Doctorow have gained followings by championing free culture and lambasting the excesses of copyright owners, such as the record labels' quixotic, abortive quest to sue file-sharers into submission. It's an appealing and progressive idea, and its enthusiasts have tended to lionize all things free - open-source software; share-alike copyright agreements; music built on samples of other music; and all kinds of collaged cultural "mashups."

But in the hothouse of the Internet, this love of untrammelled intellectual exchange quickly mutated into a Cult of Free that cheers blatant piracy. The hard-core part of online culture came to cherish the free flow of information above almost all else.

In 1996, John Perry Barlow, a co-founder of the Electronic Frontier Foundation (and, as it happens, a lyricist for the Grateful Dead), famously issued a manifesto outright denying any relevance to copyright in the digital age: "Your legal concepts of property, expression, identity, movement, and context do not apply to us. They are all based on matter, and there is no matter here."

Since then, more and more respectable voices have seized the moment to argue that even out-and-out illegal file swapping, without any creative intervention on the users' part, can be a good thing.

"If it was up to the major record labels, there wouldn't be mp3 players; there wouldn't be online music," says Matt Mason, the author of The Pirate's Dilemma, a thoughtful 2006 treatise on the pollinating role that illegal pirates have played in the evolution of culture.

Mr. Mason, a former magazine editor and a veteran of London's grey-market pirate radio scene (which works in winking symbiosis with its legal counterparts, bringing underground talent to mainstream attention), says piracy isn't the enemy of market forces, but is actually a market mechanism itself.

"We'd still be paying $20 for a CD" without it, he says, "and that would be the only way we could consume music. I'm glad that Shawn Fanning created Napster. That was a good thing. I don't think that guy should go to prison."

But for all of its progressive intentions, it's hard to imagine that the anti-corporate, free-culture movement doesn't provide moral cover for those who would strip-mine the Internet for their favourite TV shows. It is a truth held to be self-evident from time immemorial: People like free stuff.

The upshot is that Internet dwellers of 2009 live in an atmosphere in which downloading copyrighted movies and music isn't just a convenient way of getting your hands on something you want. It has become a low-grade gesture of rebellion and as such, like love beads in 1967 or safety pins through your T-shirt in 1977, the fashion of the day.

If you concede that piracy will always be with us, where does it fit into our future?

It seems likely that downloading will linger in the grey areas of behaviours that are neither entirely legal nor entirely ethical but that society - in varying degrees - tolerates nonetheless, such as jaywalking, driving 10 clicks over the limit, smoking pot or hiring a prostitute.

These activities fall under the rubric of prosecutorial discretion - the authorities may crack down from time to time to keep the system in check, but the idea is to contain the activity, not stamp it out entirely. So it becomes a matter of social taboo.

Media piracy, unlike more conventional forms of theft, has always been a white-collar pursuit. File-sharing originated among computer owners back when computers were luxuries. High-speed networks arrived at universities before they arrived in homes, and that is where Napster and its successors first flourished.

Whether piracy becomes any more taboo in the future will depend on a few factors. One is the ability of media companies to convince viewers that we're hurting ourselves by killing the golden goose - that if users keep circumventing the advertising and sales channels that pay for TV shows and movies, the supply of quality entertainment will dry up.

However, downloaders have long been leery of that argument, countering that free distribution tends paradoxically to boost sales by acting as a promotional vector.

The fact that the Hugh Jackman movie X-Men Origins: Wolverine was a box-office smash despite a widely publicized leak will only bolster their cause.

Another issue is the quality of the goods in question. If pirated media retain their image as grungy, suboptimal alternatives to the "real deal," then perhaps consumers will gravitate toward legitimate products.

But if pirated goods are perceived as superior alternatives to overpriced, copy-protected legal ones, even upscale consumers will stick with them.

Perhaps the real goal for media companies shouldn't be to convince consumers that piracy is wrong, but rather to sell them on the idea that paying for media is classy.

The fact that downloading is - and will probably remain - a trend among younger users might well be the salvation of paid media, as newly matured grownups look for ways to confirm their adulthood. The ultimate social sanction against downloading might not be that it's for crooks, but that it's for kids.

And you can never discount the odd attack of conscience. Having announced his pirate status, the young prosecutor adds an unexpected disclaimer.

"It's something that if I thought about it a lot is probably wrong."

Not, for the time being, that it will stop him. 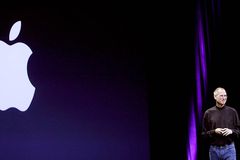 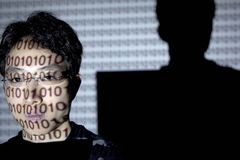