Ricky Gervais, who knows a thing or two about giving offence, has words for the weak-kneed.

"We have to stop this recent culture of people telling us they're offended and expecting us to give …" well, so as not to offend you, let's call it a fig, he tweeted on Saturday. Mr. Gervais has created some wonderfully offensive works. But the culture he's defending, and the culture he's attacking, are the wrong ones entirely.

It's time we started giving that fig.

His remark came after a week in which plenty of offence was offered up. Daniel Tosh, a popular American comedian, was accused of making a joshing comment about seeing a female patron getting gang-raped for objecting to a rape joke.

Mr. Tosh is perhaps best known for a TV show, Tosh.0, in which he hangs around and makes fun of things he sees on the Internet, giving a mainstream voice to youthful snark. At a live show last week, a woman in the audience heckled him for making a rape joke; he allegedly responded by joking about her getting raped repeatedly. As she quoted him later, he said: "Wouldn't it be funny if that girl got raped by like, five guys right now?" (The precise exchange wasn't recorded; Mr. Tosh later tweeted that he'd been misquoted, but offered no correction.)

It's remarkable how many people are willing to stand up and defend rape jokes. The notion that stand-up comedians are all that stand between us and the thought police is especially popular among stand-up comedians. So too is the canard that, if we are to avoid making statements that might hurt someone's feelings, then we won't be able to say much at all.

Fair enough. But here's an object lesson on how that line of thinking plays out in the real world: I came across Mr. Gervais's tweeted quote not on his feed, but quoted approvingly on the Twitter page of an unfortunate young Canadian who was busy defending the punch-a-feminist game he created.

This was July's other story of misogyny gone haywire: A documentarian named Anita Sarkeesian launched a fundraising campaign to produce a series of YouTube videos that take a critical look at the way females factor into video game design and plotting. Her work is smart, accessible and provocative, though the point is moot when her right to speak at all was threatened.

Ms. Sarkeesian's work triggered a response deep in the bowels of the Internet: Trolls, many of them associated with the mercurial 4chan message boards, launched a sustained campaign of graphic threats and abuse. One such person, who identifies himself as Ben Spurr and comes from my hometown of Sault Ste. Marie, Ont., created a game called Punch Anita Sarkeesian in the Face. The player is encouraged to do just that until the victim is bruised and swollen.

Mr. Spurr defended himself on the grounds that men and women should be "equal," and noted that people weren't outraged at other video games in which men get punched in the face. Misandry!

These incidents have more in common than a stray tweet. Both cheered on the idea that women who speak up deserve to be gang-raped – ha, ha! – or physically assaulted.

Last week, Stephanie Guthrie, a Toronto activist, decided to publicize Mr. Spurr's identity as the game's creator, in part to make it clear that trolls aren't really anonymous electronic creatures; they're real people with real names and real lives, who can be subject to real social pressure. For this, she received five death threats. You could call that offensive, too, and reasonably expect people to care.

To salve Mr. Gervais's sensibilities: Nobody's talking about censorship here. What we're talking about is raising the bar on what we're willing to tolerate as an audience.

We set these standards all the time. In 2006, Michael Richards – Seinfeld's Kramer – lost his marbles and delivered his own racially-charged tirade against hecklers. Next thing you know he was delivering apologies on national television, before vanishing. Was that the end of comedians tackling the subject of race? No. That was people making a decision about what's on and what's not, without having to bust out a Human Rights Commission. Rape should also be on that side of the line.

And men, who have an easier time laughing at "edgy" jokes because they're typically not on the receiving end of the violence, should push back rather than shrug: in web forums, on Facebook, in public, in private, wherever. All too often, modern machismo means that, if you're not going to make misogynist jokes yourself, you should at least bear a studied indifference to those who do.

Offence is cheap. It is easily drummed up and easily claimed. Offensiveness is not the problem here. It's a red herring. The problem is using it as a fig leaf that gives succour to trolls and exempts people from taking any responsibility for their words.

"One of the things I'm hearing is that I'm dumb for not getting what the Internet is," Ms. Guthrie tells me – as if those who push back against trolls online and off are wasting their time.

"Well sure, that's what it has been," she says. "Why should we be so accepting of the status quo?" 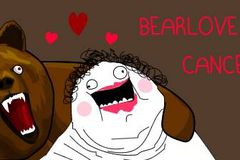 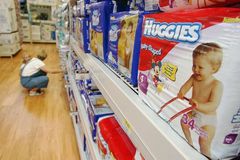 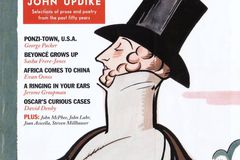 Let’s celebrate July 4th by admitting: Americans have stuff that we want
July 3, 2012 How following Mad Men backfired for the real Jaguar
June 5, 2012 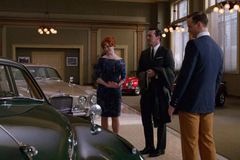