Just when you thought the odds of getting that long-promised apocalypse in 2012 were starting to dwindle, the U.S. government steps in to oblige.

Even if the planet manages to survive the year intact, there's a very real chance that the Internet could be a very different place in a year's time, thanks to new laws that are brewing in Washington and Ottawa. Already, the Internet is up in arms, and the tenor of discussion has risen from "This might be a bad idea" to full-blown Armageddon.

Here's what's afoot: A pair of competing bills are working their way through the U.S. Congress that will take the crackdown on file-sharing to new extremes. Among other things, they would give the U.S. government the power to censor the Internet and its search engines, scrubbing references to foreign sites that trade in copyright violations. They would also give rights-holding companies the power to legally cut off advertising and search revenue from websites accused of copyright infringement by obtaining a court order. The laws could undermine the technological foundations the Internet is built on.

Could they become law? Yes: They have bipartisan support in both houses. America's fractured government has finally found something that both parties can get behind – and it's this.

The two slightly different bills are working simultaneously through the U.S. House of Representatives and the Senate. The more troublesome of the two is the House bill, the Stop Online Piracy Act, or SOPA. Since sites that facilitate piracy are often hosted offshore (think of The Pirate Bay, to pick a notorious example), the bill tries to catch them where they hit U.S. soil. Because so much of the Internet was developed in the United States, it so happens that a great deal of the Net's global infrastructure is rooted there.

One key part of this is the giant, distributed phone book. Every website has the Internet equivalent of a phone number, so when you type an address like "globeandmail.com" into your browser, the browser looks up the right number and connects you. All of the domain names that end in ".com," as well as ".net," ".org" and others, fall under American control, though they're tightly woven into the global network.

The new anti-piracy bill gives the U.S. government the power to tamper with these records. It could see erasing infringing websites from this phone book. It would also force search engines like Google to delete the sites from their databases. You could still reach sites like The Pirate Bay if you knew its Internet protocol number, but its name would no longer work. It would, in effect, break the Internet.

SOPA would give another weapon to rights-holders: the ability to financially strangle websites accused of copyright infringement. If served with a court order, payment processors (think PayPal or Visa), as well as advertisers and advertising networks (think Google) would be legally forced to stop doing business with the offending website, effectively cutting off its revenues.

The consequences are mind-blowing. Established giants like Google and Facebook would suddenly find themselves on the hook for policing items their users upload and link to, leading to self-censorship to keep their noses clean. Online communities and blogs would live under constant threat.

Worse, small companies and startups wouldn't have a hope against such legislation: Show me a popular website that's never linked to, hosted or displayed media that might infringe. The interplay of media is critical to the new economy. Six years ago, YouTube was an independent startup that changed the world by mucking about in copyright's grey areas. If this legislation passes, the U.S. Internet giants we've got could be the last ones you see.

The reaction to these bills from the Internet community is, to paraphrase it gently, "kill it with fire." This comes from voices ranging from security experts to legendary figures like Vint Cerf, a "father of the Internet" who helped design its most basic architecture; from the guys who make money from doctored cat photos to the censorship-averse newspapers, to the executive offices of Google. In favour: the entertainment industry, which has been fighting a rear-guard action against the Internet from Day One.

The United States has done so much to bring the Internet into existence for the world; now, its laws threaten to quash it for everyone. Dare we feel superior in Canada? Hardly. The Conservatives are expected to roll out Internet laws that could make it illegal to rip your own DVDs, and – separately – hand Canadian police the ability to uncover users' online identities, more or less on demand, and force your Internet service providers to install the ability to spy on every move you make online, in real-time. Expect to hear much more about this in the months to come.

Anti-piracy laws need to stem the wholesale exchange of pirated media without suffocating the new economy – and turning the Internet into an all-you-can-sue buffet for media lawyers is a great way to do just that.

Having taken a decade or so to figure the Internet out, the powers that be have rallied to squeeze the threats out of it. But threats to entrenched interests are not necessarily threats to the economy, or the greater good. Let's hope that, in 2012, the future prevails over the past.

Editor's note: A previous version of this article incorrectly referred to the original form of the U.S. Stop Online Piracy Act, where a simple notification would have sufficed to cut off financial payments to a website alleged to be trafficking in infringing materials. In its current form, however, a court order would be required. Additionally, altering DNS records of infringing sites would be an optional, not mandatory, technique for blocking access to them. This version has been corrected.

Opinion
SOPA's most frightening flaw is the future it predicts
December 28, 2011 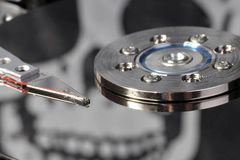 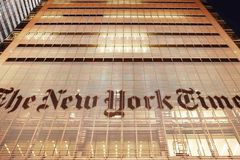 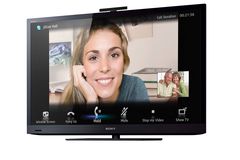 Police fight back against tweets that reveal RIDE checkpoints
December 27, 2011 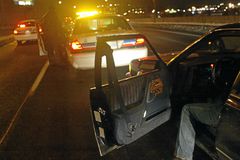 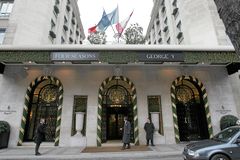 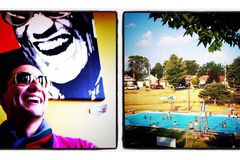 The remarkable tweets of a fake City Raccoon
November 15, 2011 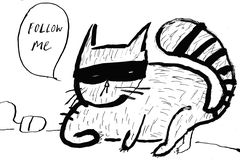