Here's a tip for Google: when you have a new product to announce just present the actual thing.

When you create promotional videos like the one designed for the new partnership with Lego called the Build with Chrome app, you end up setting up a false expectation. The video, embedded below, suggests the new service will let you build photo-realistic shapes and drop them into high-def Google Earth-style landscapes. That is not the case.

The visuals in this video bears almost no relation to the actual product. 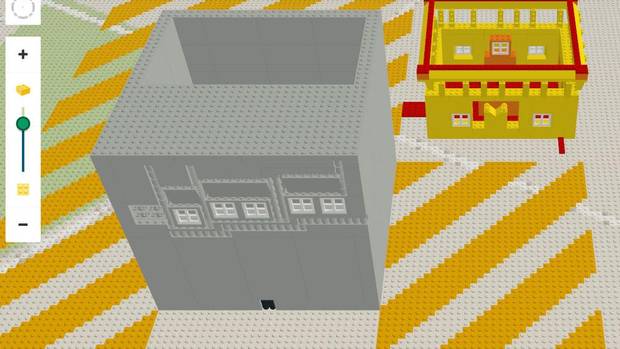 Not that these aren’t cool, too, for Lego nuts, but in this Chrome browser app you are more likely to see these more-primitive shapes in the strange Lego-ized version of the typically featureless Google Map landscape. 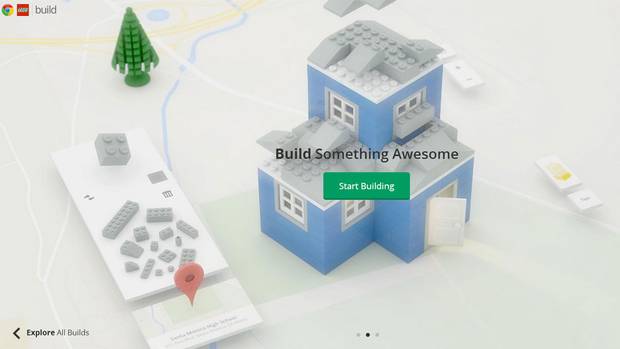 Google calls this browser app an experiment, saying in a blog post “we think the creative freedom of LEGO bricks shouldn’t be limited to plastic bins.” The “collaboration between Chrome and the LEGO Group that brought these colourful bricks to the web using WebGL, a 3D graphics technology.” It goes on to warn users that you need a Google+ account to play, which is perhaps why it is still lightly populated in the U.S. 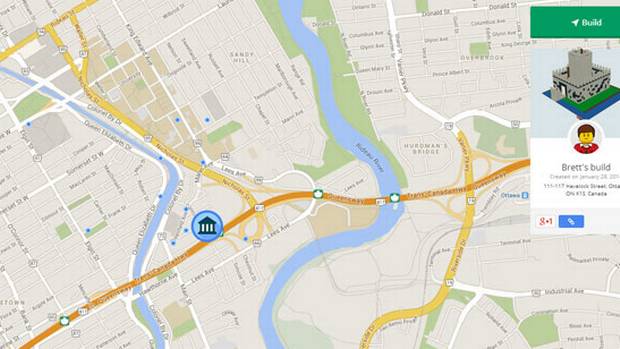 After a fairly buggy sign-in (I had to do it over and over), you can start building right away. You can pick a spot anywhere on Google Maps and select a neat little square to set up your Lego project. If you don’t select a plot Google will assign one for you; strangely, it selected an random street address in Ottawa when I started. And from the looks of the Ottawa map, it did that for lots of people. 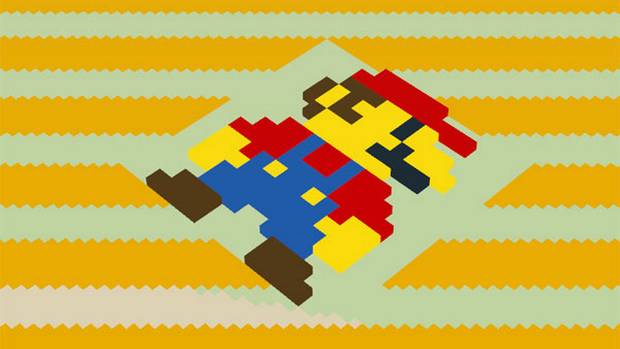 It does looks like it might get interesting as the creative types start building it out. Even if my day-one attempts to explore user creations often resulted in a failure to load, and a red screen of death. There is also a virtual training system, the Build Academy, if you want to polish your Lego visualizing skills. 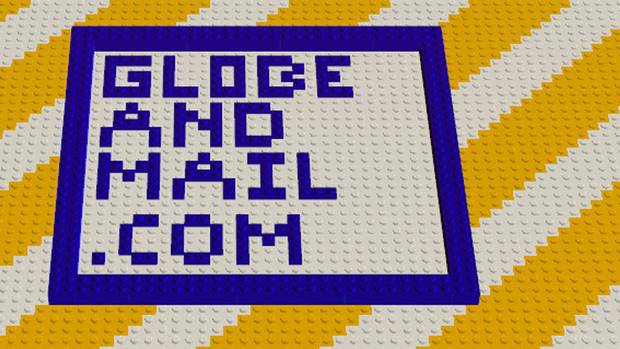 There’s the potential for controversy though: It appears as though you can publish your designs anywhere, including politically sensitive spots. For instance, I realized I could put The Globe and Mail’s logo on the lawn of Ottawa’s House of Commons. Perhaps media branding at the site of Canada’s Parliament isn’t what Google intended, but there’s no reason it can’t be done. 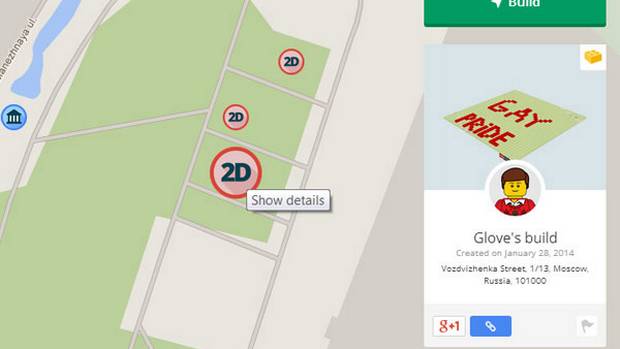 Also, even more political or profane statements (I’ve already seen some swearwords) are already appearing. You could drop a Falun Gong symbol in the middle Tiananmen Square, or a U.S. flag in downtown Pyongyang. In the image above, found in Moscow, a second person has built a “I hate” in the square above “gay pride.” 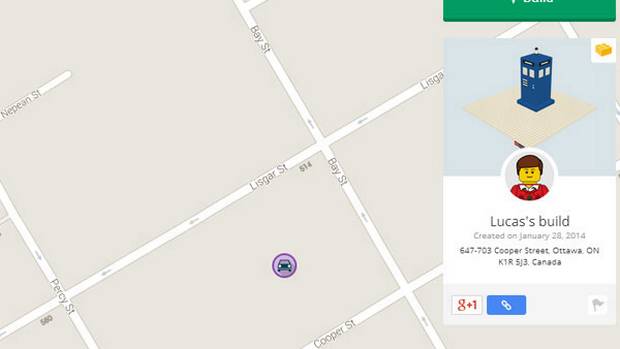 Some of these builders are pretty good...

But, it's still more a toy than a political vehicle. After the blockbuster success of Minecraft (a similarly build-anything anywhere video game) we can’t wait to see what creative culture hackers will do in the world Google and Lego have opened up.
Page 1 2 3Next