Great news for power users of Twitter Inc.'s micro-blogging smartphone apps, reports suggest the ability to temporarily (or permanently) mute someone you follow is about to be added on iOS and Android. 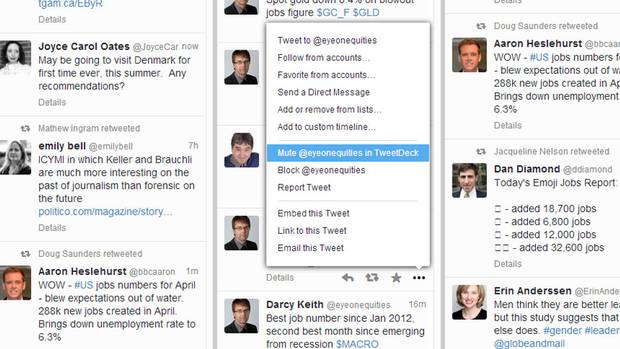 It’s a setting that stops a Twitter user’s updates from cluttering your feed, without taking the more-final step of unfollowing them. Right now, it is only available on Tweetdeck (see how above) – the desktop/browser client for Twitter – and on some third-party smartphone apps.

Let’s say you follow a TV critic who is binge-watching and live-tweeting House of Cards or the soon-to-return Orange is the New Black. Muting means you won’t see that critic’s updates, which is an excellent way to stay spoiler-free until you are ready to watch it on your own. Same goes for live sports you are recording, or really any over-active Twitter account you want to give a little time-out to. The only thing more complete than muting is a filter that blocks any mention of certain words (such as "NFL" during the Super Bowl). 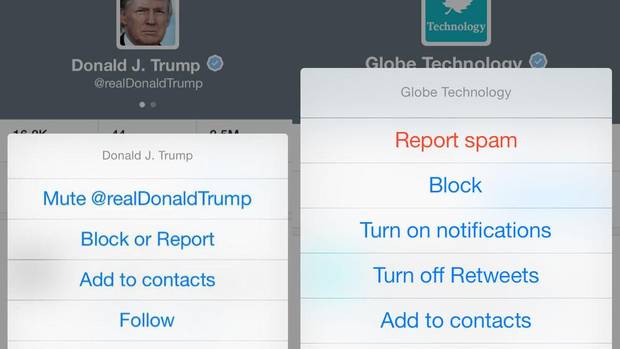 Why don’t I have this?

It was spotted in the wild by a “creative strategist” at Tumblr (see above, left), which suggests the new feature is just being tested with a limited number of accounts in the U.S. As you can see in the right-hand image, the menu of options is quite different. Twitter is forever tinkering with its apps, and versions are frequently different across Apple or Google smartphones, or even within. I’ve frankly lost count of how many times they have moved around the Direct Messaging feature. 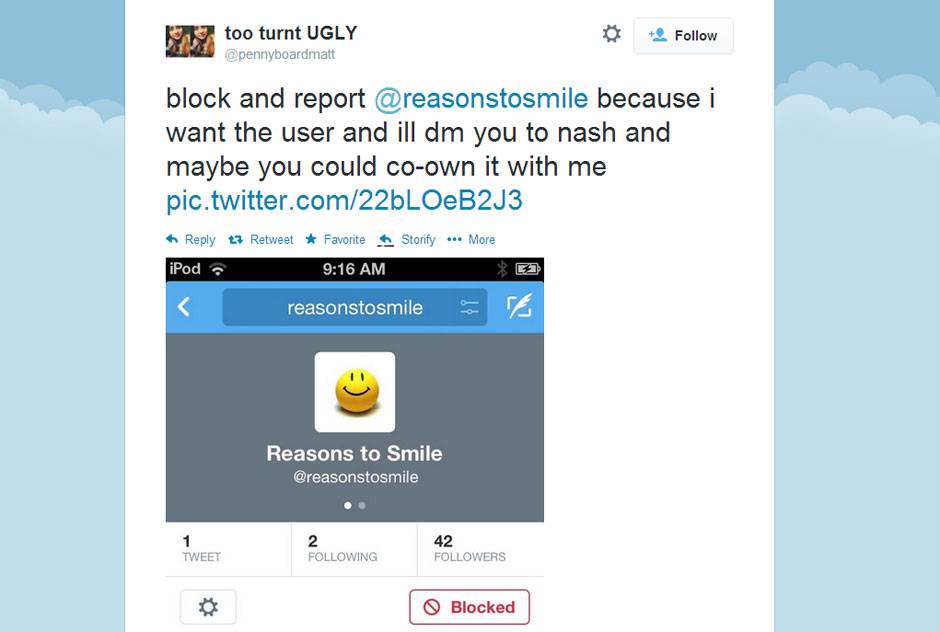 How is muting different from blocking?

If muting is “shhhh” then unfollow is “I’m done with you” and blocking is “burn in hell” (or in the case of the user above, “I want this dude’s handle, help me get them banned”).

When you mute someone they can still see your tweets, as well as send you replies, retweets and favourites (if they also follow you they can still send you direct messages). Block them and that all goes away: You unfollow their feed and don’t see any @replys from them, and they can’t follow your feed anymore either. You essentially disappear to them (mostly, there are workarounds).
Funny story: late last year Twitter came under fire for changing the block feature so that it worked more like muting (meaning blocked trolls could still follow your feed). After an outcry, they had to reverse course to add back the “terminate with extreme prejudice” features. It does seem wise to have a third option after block and unfollow. 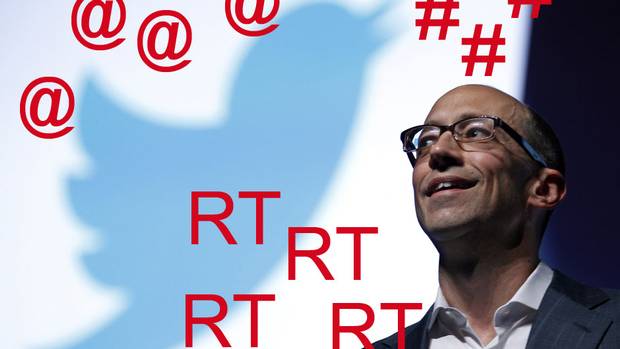 My head is spinning. Why is Twitter so complicated?

Twitter’s CEO Dick Costolo is asking the same question. Twitter is a public company now, and after its latest earnings report there was some chatter about the slow growth of the company’s user base and monthly active user figures. Basically, it’s still just a scrappy underdog to Facebook and is actually growing slower than its much bigger rival.

For instance, did you know that when you start a tweet with @guyIknow it will be directed at that person, but it is also public, but not to everyone who follows you sees it unless they also follow @guyIknow. Costolo wants to remove complicated logic like that and make it easier for people to just chat and interact without knowing “the rules.”

I don’t know about all that... but being able to stick a cork in an epic 35-tweet rant from a friend you don’t want to block seems like a good plan to me. Just remember to un-mute them later (maybe).