Is it a journalist's responsibility to protect the privacy of someone who doesn't want to be known? That seems to be the question ricocheting around the Web in light of Newsweek's Satoshi Nakamoto story. Both that story, and its larger meaning, are now confused because the man the magazine identified denies that he is the creator of the buzzy crytopcrurrency bitcoin.

Whether the Newsweek story has correctly identified him as a Japanese-American living in California, the Nakamoto who participated in the early days of bitcoin's creation seems to be someone who wanted to live a private life, despite his involvement in the creation of the currency, and his reported net worth of $400-million thanks to his invention. Much of the reaction to the story on Reddit, Twitter and other forms of social media, however, has been very negative, mostly because of a general resistance to the idea of "doxxing" – a term that means revealing an anonymous persons' real identity.

Yet there is an interesting parallel in the anti-doxxing reaction and bitcoin itself: both of them rely on anonymity as a way of getting around or avoiding existing restrictions, whether legal or social. To put it another, more realistic way, the libertarian ideals that fuel both bitcoin and subcultures on Reddit are about evading responsibility, while journalism is about enforcing it.

Where a news organization's responsibility to report stories of public interest ends and where privacy begins is a legitimate question. On the one hand, bitcoin is influential: there are $500-million of transactions in the currency per day. It's fair to thus say that the story is in the public interest and overrides Nakamoto's desire for privacy. On the other hand, especially because the Newsweek story in question revealed personal details like an address or car license plate – and follow-up from other media even descended into a car-chase through L.A. on Thursday afternoon – you could say that this attempt to reveal went too far.

But as writer Adrian Chen (a journalist who rather famously doxxed a prominent Redditor) points out, the term doxxing in the hacking community originally meant to reveal someone's identity maliciously, so that they would suffer consequences like arrest. For Newsweek to reveal the identity of someone they believe founded a new global currency and challenged existing economics does not fall under the category of spite – rather, it falls into the admittedly grey area of "public interest."

We can argue over what constitutes that interest. But just as important are the ideas that lie under a blanket anti-doxxing reaction. The Reddit thread on the Newsweek story is full of people incensed that a man who wished to be left alone should have been outed in such a fashion. It's not empathy, however. Those literally and figuratively invested in the currency believe that individual freedom trumps all, and that as a result, privacy is an absolute right regardless of the consequences wrought. Even the Nakamoto Newsweek found (which again, may not be the bitcoin Nakamoto) was known amongst friends and family for having an allegedly anti-government, anti-authority perspective.

It speaks to a broader issue regarding the relationship of anonymity online and libertarian politics. Places like 4Chan and Reddit are notorious for people like Michael "Violentacrez" Brutsch, who used his anonymous position on the site to post pictures of underage girls until he was outed. Anonymity was used to perform actions that, if they were attached to an identity, could be illegal or at least worthy of opprobrium in offline society. It happens with bitcoin, which has been used to buy illicit drugs anonymously, and it also occurs with illegal vigilante actions, often against people who speak up against these communities.

Not having your name attached to your identity isn't always bad. It can be a useful way to explore different identities or avoid the prejudice that can come from sex, skin colour, ability and so on. But linking a name to action is one of the ways in which our society enforces responsibility and consequence. It's always double-edged, but names are how we get put into a legal and social system. Hiding from that temporarily can definitely be useful, but to assume that evading it entirely – as many on sites like Reddit are wont to do – is a good thing is just wrong, because it assumes that people should be able to escape the consequences of their actions.

Simply put, journalistic revelation is not the same as doxxing. We will still need to find out the details of the true Satoshi Nakamoto; The man Newsweek found is denying involvement but perhaps his denials will turn out to be false. But we shouldn't let the details of this incident, or the ethics of this journalist, muddy the reality that privacy is not an absolute right, or a free pass to engage in any behaviour you can conceive of. If you do something that has an effect on the world, the unfortunate reality is that you need to take responsibility for those effects.

Granted, that is much easier ground to stand on when journalists fulfill their first duty, which is to get the story right. But if, in certain limited instances, that means an individual's privacy must suffer in the name of legitimate public interest, then so be it. 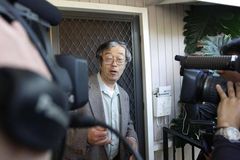 Alberta-based bitcoin bank closes after being ‘robbed’ by hackers
March 4, 2014 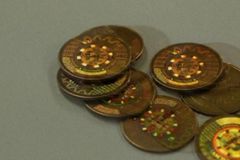