As Canada's political world has been rocked by scandal after scandal in recent weeks, comment sections across the internet have exploded with anger, vitriol – and of course, no end of trolling.

Though trolling as a term used to refer to the deliberate and often quite clever disruption of online discussion, these days it tends to mean any inflammatory behaviour on the Web. And boy has there been a lot of it lately. The little boxes under stories concerning Harper and the Senate, Wynne and the gas plants, and Ford and drugs are rife with not just anger, but completely over-the-top statements. All politicians are just like Hitler, "the right" or "the left" are destroying the country – and nuance or insight are rarely to be found.

It's become common wisdom that trolling is a result of an anonymous Internet giving awful people a platform for their bile. But what if what drives trolls isn't hatred, stupidity or even a desire to provoke – but powerlessness?

In the abstract, the purpose of the comment section was to give people everywhere a chance to speak their minds. Rather than the odd letter to the editor or face-to-face conversation, blogs and other websites were meant to embody the very ideal of democracy: that everyone should have a say.

A couple of decades into the digital media age, however, and it's clear that it doesn't actually work that way. While comments still pile up by the millions, the status quo – in which a few key people with power dominate the conversation – has continued on, with only small discrepancies. Certainly, key bloggers or amateurs have used digital media to make a difference in ways they couldn't before. But by and large, the line separating power brokers and the general public has stayed intact.

Upon encountering a story about the corruption of our leaders, is it any wonder, then, that people lash out? Finally presented with a space to speak to others and make one's views known, even the mild-mannered can froth over in an effort to have their perspective mean something. It may be a futile gesture – the chance a comment on a news story will change anything is vanishingly small – but perhaps it's that very futility that drives things. After all, at the heart of online commenting is a basic contradiction: we value what you say, but let's be honest, it won't make any actual difference.

In his study of oral cultures, scholar Walter Ong pointed out that "agonism"– speaking as a kind of competitive performance – was common in societies in which there was no writing because going a bit over-the-top was a way to make your words stick. Although web comments are obviously written, it seems something similar happens online. In the face of the cacophony, pace and volume of web commentary communication, it is easy to feel like you don't matter.

What that means is that maybe the flood of hate-filled, simplistic comments aren't actually representative of people's views or personalities. Instead, they may actually be a very understandable human response to the fact that the comment box is a strange, frustrating kind of double bind: a chance to speak your mind, but a reminder that no one is listening.

It seems like an impossible situation to fix. With the glut of opinion and commentary online, even major sites and professional writers resort to contrarian, exaggerated takes on things in order to catch people's attention and stand out. But perhaps the solution isn't at all about comment boxes, anonymity and online decorum – but providing ways for everyday people to stop feeling so disenfranchised.

Editor's note: Join the debate in our comments section, we promise to read and reply to your questions or thoughts.

Public editor: What to do when online comments get out of hand
November 20, 2012
Opinion
Hear that story about Brian Burke? Read this
May 31, 2013 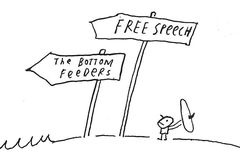 Public editor: The delicate balancing act of when to close comments
May 30, 2013
Public editor: Do comments expire and other reader questions of the week
June 3, 2013
It’s time to raise the bar on tolerable humour
July 17, 2012 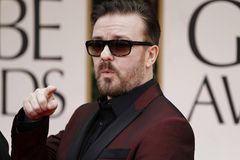 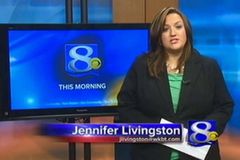 Public editor: How online commenters can help ensure quality debate
November 22, 2012
Follow us on Twitter @globeandmail Opens in a new window
Report an error Editorial code of conduct
Due to technical reasons, we have temporarily removed commenting from our articles. We hope to have this fixed soon. Thank you for your patience. If you are looking to give feedback on our new site, please send it along to feedback@globeandmail.com. If you want to write a letter to the editor, please forward to letters@globeandmail.com.
Comments