I'll always remember January 23, 2014 – a rare day in Internet history that gave me cause to celebrate. Hunter Moore, a "professional life ruiner," was indicted by the FBI. I don't often feel joy when someone faces prison, but this guy's an exception.

For those unaware of Moore's existence, Rolling Stone aptly dubbed him the most hated man on the Internet. He created IsAnyoneUp.com, a website that allowed users to submit nude photos of people (submitted by jilted exes, angry friends and hackers) and listed their names, locations and social media profiles – the latter a particularly cruel addition in an age dominated by Google search results.

Moore gives different but equally exploitative and disturbing reasons for why he started it, telling AltPress: "It's some kind of high for me to see someone I know naked and to point and laugh or get turned on." To Rolling Stone he said: "I was having sex with this girl who was engaged to this kind of semifamous band guy, and all my friends wanted to see her naked because she was so cute." Later, he referred to its beginning as "the few posts I did with my friends to get back at a few girls that broke our hearts."

IsAnyoneUp.com was lucrative and highly trafficked in its 16-month lifetime, shutting down only after being sold to the anti-bullying site Bullyville. Moore made an apologetic statement that was, of course, utterly false and "fuelled by cocaine" – later, he said he wanted to start a similar site that would even display directions to victims' houses.

Despite threats and controversy (even getting stabbed with a pen), Moore remained fiercely unrepentant, telling CNN's Anderson Cooper that he didn't think IsAnyoneUp was at all sleazy and, one day later, re-posting a topless photo of one of the women confronting him on the show. Moore regularly ignored takedown requests and legal notices, responding to cease-and-desists with pictures of his penis or a simple "LOL." He tweets statements like: "If she won't go down, call #chrisbrown."

Unwilling people who find pictures of themselves on sites like IsAnyoneUp have little in the way of recourse. There aren't any laws against being a grade A jerk or hosting extremely harmful and non-consensual pornography. The laws that do exist are flawed, and others are still in development. A bill passed last year in California only applies to photos and videos taken and distributed by the same person. Canada's own attempt at preventing the non-consensual distribution of explicit media, the currently tabled Bill C-13, barely deals with the issue but includes plenty of details about lawful access, making its intent questionable at best.

Yet laws provide only one kind of consequence for terrible actions. Given Moore's unapologetic stance on humiliating strangers, one would think he'd suffer some social consequences, but he's experienced few. Scrolling through Moore's social networks is a horrifying trip through one of the creepiest fandoms of all time. Now a self-employed partier, young women love him and young men want to be him. (Read the Village Voice profile intro for some insight into how Moore's treated in his own circles.)

Moore has over 612,000 Twitter followers and his apparent disregard for other humans is often confused as free speech or Internet privacy advocacy. His most intense fans call themselves "the family" and will do almost anything he asks them – including putting used condoms on their friends' faces and inserting various objects into various orifices, sharing the photographic evidence with all of Twitter.

It's no wonder that with all his money and god-like treatment, Moore thought himself so untouchable that he said he'd burn down The Village Voice office if Camille Dodero published a story about the FBI investigation. Not satisfied with threatening arson, he said he would kill whoever tipped Dodero off: "I will literally f--king buy a first-class f--king plane ticket right now, eat an amazing meal, buy a gun in New York, and f--king kill whoever said that."

The source for that tip was Charlotte Laws, the mother of a young actress whose self-taken photographs were mysteriously posted to IsAnyoneUp. She led a one-woman crusade against Moore after he refused to take down her daughter's photo. During Laws' research, she discovered several women who said they'd been hacked. She organized meetings with victims and pressured the FBI to reopen their case – and they did.

Moore and his alleged accomplice, Chris "Gary Jones" Evens, have been arrested. If found guilty, they face decades in prison. The 15-count indictment includes conspiracy, unauthorized access to a protected computer to obtain information and identity theft. It is alleged that between December 2011 and March 2012, Moore paid Evens over $2,000 for self-taken photographs of 7 individuals. As reported by Forbes: "Acknowledging that what they were doing was illegal, they created new e-mail addresses to try to keep it from being linked to them. Evens would submit the hacked photos via the site's submission platform. Moore at one point also used his mother's e-mail address..."

It would be easy (and understandable) to lament that Moore – who ruined lives for his own profit and amusement – only faces legal repercussions for hacking and not for his exploitative behaviour. But his victims should be grateful for Laws and the journalists dedicated to telling the real story. It's heartening that in a world that produced and encouraged Moore, he's finally being held accountable.

Revenge of the cyberbullies: How a dead online spying law was reborn
November 28, 2013 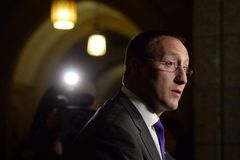 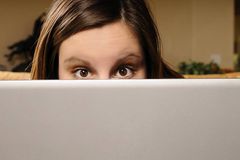 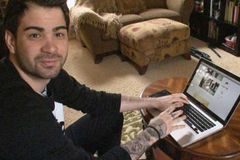 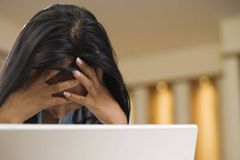