Last week, Twitter ignited a censorship debate in a big way, after the company announced a new policy that effectively allows it to block certain Tweets (and, more disturbingly, certain Twitter accounts) only in particular parts of the world. For example, a Tweet that runs afoul of local laws in Thailand would become inaccessible to users whose Internet addresses show they are located in Thailand – everyone else, however, would still be able to see the banned content.

The response to Twitter's policy change was, at least initially, overwhelmingly negative. Thousands of users threatened to quit the service outright, including Chinese artists and activist Ai Weiwei, a man who knows full well the darkest side of authoritarian regimes. The message from users was clear: Twitter shouldn't start censoring Tweets.

I grew up in a place called Qatar, a thumb-shaped stretch of desert jutting out the side of Saudi Arabia. Pound for pound, Qatar is probably the richest place on Earth. And like most of the Gulf Emirates and Kingdoms, it's also one of the most information-sensitive. Within the bowels of government buildings, faceless bureaucrats wielded black permanent markers the way deranged woodsmen wield hatchets. By the time any form of media reached the general populace, any plunging neckline, ounce of cleavage, politically uncomfortable anecdote or religious icon had been replaced with a wall of black ink. Once, in a truly Herculean feat of moral gymnastics, a censor decided to wipe Piglet out of a Winnie the Pooh picture book.

None of this is all that unique to Qatar. Around the world, droves of adolescent boys in neo-Bowdlerian countries have all shared in the ritual act of holding a censored magazine page up to the lightbulb, trying to catch a glimpse of the legs on that blacked-out Gucci model.

But beyond the obvious act of censorship itself, the most offensive aspect of Qatar et al's approach to the strangling of free information is the way the practice is presented to the public: as something necessary, even good, performed as a service to you by an authority that, most of all, simply cares about your well-being. For a while, the notice that popped up whenever an Internet user in Qatar tried to visit a prohibited Web site featured a gaggle of delightfully befuddled cartoon characters and the word " Oops" in a silly-looking font – as though government-mandated censorship was less an issue of human rights and more a cute joke, to be accompanied by a troupe of Keystone cops or a sound effect of a sad womp-womp trombone.

Getting back to Twitter, the thing is, the company already censors Tweets. In fact, short of refusing to block content entirely, Twitter's new policy is one of the best-thought-out approaches to Web censorship. It's clear, transparent and, ironically, will almost certainly shine a brighter light on the content it's supposed to suppress.

Consider this: Late last year, a company called Web Sherriff contacted Twitter to demand a certain Tweet be deleted. Web Sherriff is an online gun-for-hire in the copyright infringement war – content producers pay the company to go after pirates. They send these demands to Twitter and other sites all the time.

The Tweet in question allegedly included a link to a site offering unauthorized downloads of a movie owned by one of Web Sherriff's clients. Under the Digital Millennium Copyright Act, Web Sherriff demanded Twitter get rid of the Tweet, and Twitter complied. If you try to access the Tweet today, you get the default "Sorry, that page doesn't exist!" message. There's no other explanation of what happened on Twitter's site.

For the full story, you have to go to another Web site called Chilling Effects, a joint project by the Electronic Frontier Foundation and a number of American universities. Chilling Effects is a clearinghouse for takedown notices. As the EFF notes, very few of the major tech companies give much information about why they take certain pieces of content down. When a site is compelled to disappear information, there's usually no hint it ever existed at all – the content simply falls into the memory hole.

Until now, Twitter took an all-or-nothing approach to censorship. When a Tweet got blocked, it got blocked everywhere. Under the new policy, blocking takes place along geographic lines. This is important for three reasons. First, it's hilariously ineffective. Not only can users easily spoof their geographic locations to get access to the blocked content, but numerous sites will inevitably be created for the sole purpose of archiving banned Tweets. Second, Twitter claims it will clearly notify users when the content they're looking for has been blocked, instead of using the see-no-evil approach of pretending the Tweet never existed. Third, and most importantly, users will be able to go to the Chilling Effects web site and find out exactly why certain content is blocked. In that respect, it'll be pretty easy to figure out from the quantity and type of banned Tweets whether Twitter has any backbone when it comes to censorship. When a violently repressive government asks that Tweets about pro-democracy protests be kept hidden from users within the country, will Twitter comply?

"It takes a while for the scholars and the people who study these matters to weigh in and start to say, 'Wait, this is actually a thoughtful and honest approach to doing this and it's in fact being done in a way that's forward-looking.' So we wait for that to happen," Twitter CEO Dick Costolo said Monday in response to outraged critics.

The biggest downside of Twitter's new approach is that it sends a message to regimes around the world that local censorship is perfectly fine. But the regimes in question have already known this for years, just as they've known that big tech companies, under heavy pressure from investors to continue expanding, will acquiesce to all manner of objectionable practice in exchange for access to a lucrative market.

Twitter is in the middle of a global growth spurt right now, building new offices all around the globe. Ideally, the company would simply refuse to abide by censorship restrictions it feels violate its users' basic rights. But then that would raise questions about various definitions of "basic rights," and would anyway effectively bar Twitter from functioning in those countries at all. The company is betting that a compromised Twitter is better than no Twitter at all – both for its overseas users and for its bottom line.

There has been some speculation that Twitter's new policy was in part driven by Saudi Prince Alwaleed bin Talal, who recently pumped $300-million (U.S.) into the company. This is almost certainly not the case. Tech investors, be they in Redmond or Riyadh, rarely invest their money to make a social statement – for the billionaire Prince, this is probably strictly business.

In fact, tech companies themselves aren't very good at social statements. The last time a major tech firm made a grand gesture on the topic of censorship – excluding the Anti-SOPA protests – was in 2010, when Google threatened to leave China. The company was mostly concerned about its cloud computing products being undermined as a result of rampant Chinese hacking, but Google nonetheless tied the issue to Beijing's web censorship practices. Not a single major tech company followed Google's lead. Given the size of the Chinese market, rocking the boat simply didn't make financial sense. Two years later, Google is quietly expanding again in China, even though the country's censorship practices haven't eased at all.

"I don't think the current environment in China is one in which we think we could operate," Mr. Costolo said. The service is already blocked completely by Beijing.

Make no mistake: Twitter's new censorship guidelines are a matter of business, not social policy. The company wants to expand into the kinds of untapped markets where it will have to concede to all kinds of local restrictions, and this is a pre-emptive measure to make those concessions as transparent as possible. It's not an ideal solution, by any means, but it's far better than memory-hole-style disappearing acts or cutesy "We're doing this for your own good" condescension. 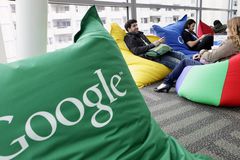 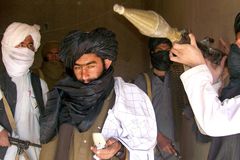 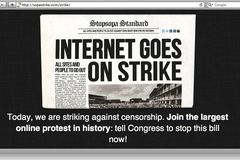 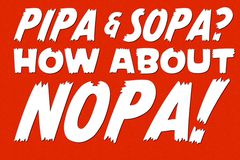