When Dave Helwig received an e-mail pointing him to a YouTube video of his 5-1/2-month-old grandson, alternating between horror and laughter as his mother blows her nose, it took him less than a minute to decide to share it with the world.

When he first saw the video of young Emerson, posted by the child's mother, the YouTube counter showed it had attracted exactly zero views. A week after Helwig posted it to sootoday.com, the online news site where he works as news director in Sault Ste. Marie, Ont., that number had grown to 17,000.

Now, two weeks later, close to 13 million people have watched "Emerson - Mommy's Nose is Scary!" and the boy has became a star on American TV shows. The "Today Show" and "Good Morning America" have hounded the family for interviews.

"After I got about 15 seconds into the video and I saw that scared look, I just immediately decided that we should be posting it," recalls Helwig. "So many people were just delighted," he adds, referring to the reaction on the web.

Emerson - who lives in London, Ont., and is his parents' first child - is the latest kid to become a YouTube star, following such viral video giants as " David After Dentist," in which a young boy appears dazed and confused while on anesthesia, and " Charlie Bit My Finger."

These YouTube clips are just part of a larger trend of parents splashing photos and movies of their kids over the Internet.

Some observers worry that when these videos go viral, attracting millions of views from complete strangers, they raise ethical questions about privacy and online content that could follow these children for years.

Helwig says while he did ask permission from his daughter before posting the video, he didn't think much about the privacy implications.

"We just weren't thinking on that level. It's an interesting question, and really the issue would have existed before YouTube; there were Super 8 cameras, there were video cameras," he says.

"I don't believe we crossed over any kind of line here. In a broader sense, I suppose there would be circumstances where a child could be shown doing something embarrassing and down the road that could cause harm. Common sense tells me that I don't think this will be too embarrassing to Emerson when he gets older."

Hans Ibold, a journalism professor at Indiana University who teaches about new media, says the most obvious concern is that some parents are rushing to post photos and videos before the ethical and privacy issues have been sorted out.

Ibold says society has yet to reach a consensus about what's appropriate online, and both Internet users and social media providers like YouTube are still struggling to figure it out.

"To me, as a new parent, it feels really exploitative, that's just my gut feeling, but as far as thinking through these ethics and what we should and shouldn't allow, I think it's more complicated," says Ibold.

"The sort of boundaries that we've had before with older media are changing and a lot of people assume now that anything goes, that nothing is private any more. I think it will take some time to figure it out."

Toronto-based child psychiatrist Marshall Korenblum says parents need the same lessons about social media that some urge for teens and young adults, who too often run into their own problems because of what they post on the Internet.

"We need to do the same kind of education with parents that we're doing with teenagers, which is: `Just think twice of where this thing could go, how much control you lose when you send it out into the web and think about unintended, unanticipated consequences'," says Korenblum.

The worst-case scenario, he suggests, is when a video showing a child in an embarrassing situation goes viral, something which could follow them for years.

"Images usually involve emotions of embarrassment, shock, horror - in other words, unpleasant emotions - going out into stranger land, where millions of people unknown to that kid now get a chance to look at it."

But Anatoliy Gruzd, director of the social media lab at Halifax's Dalhousie University, suggests fears that even viral videos could haunt children for the rest of their lives may be exaggerated.

Gruzd says online content isn't as permanent as some might think. For example, Microsoft shut down its Soapbox video sharing service in 2009 - taking down all user-posted videos in the process.

"We don't really know if websites like YouTube or similar websites will exist in 10 years or more, or if the videos will still be there," says Gruzd.

Gruzd says even if a video finds longevity online, that still might not touch former viral video stars when they grow up.

"Let's assume for the sake of the discussion that the video will be available in 10 or 20 years," says Gruzd. "Then the second problem is: Will anybody be able to find it? And will they be able to associate that video with a particular individual?" 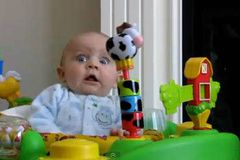 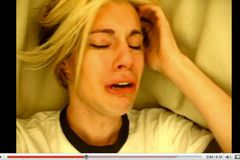