In a dark studio, sound engineer Anthony Faust moves his hands quickly on the mixing console, from one fader to the other, just as Batman fights it out against Deathstroke in a villain-packed sequence on the screen.

Thugs run up a metal staircase, and the echoes of their footsteps are so vivid you'd think they came from the next room. That is, in fact, where Foley artists reproduced the metallic reverberation, in a room strewn with rocks, a dented Volvo door and other improbable objects.

Mr. Faust is putting the finishing touches to the demo of the Batman: Arkham Origins game, the prequel to the two previous Arkham games, which will be presented in Los Angeles this week at the Electronic Entertainment Exposition. This industry-only event, known as E3, is the biggest fair for video games. And the Warner Brothers Games studio in Montreal is leaving nothing to chance.

This game is the first major release – a "AAA" production in industry lingo – for the studio Martin Carrier built from scratch in 2010. Close to 400 people now work in the unlikely setting of the Place Dupuis, where Montreal's biggest French-Canadian department store used to stand until it faded away in the sixties and seventies alongside the derelict neighbourhood in which it stands.

The pressure to follow up on the critically acclaimed Batman games is intense. "Game players are extremely demanding from a creative standpoint, and they are unforgiving if their thirst for innovation is unsatisfied," says Mr. Carrier, Montreal's studio head.

As of Friday, Batman: Arkham Origins, to be released in October, was one of the five most anticipated games at E3, according to an online survey on the CVG (computer and video games) website. Two other titles produced by Montreal studios were part of the top 5: Watch Dogs by Ubisoft and Thief by Eidos Montreal.

Nearly 7,400 people now work in the industry in the metropolitan area, according to TechnoCompétences. When other Quebec studios are factored in, the province employs half of the Canadian video-game industry, which employed 16,500 people in 2011, according to a survey by Nordicity for the Entertainment Software Association of Canada.

And yet this industry is at a crossroads, as shifting game patterns have an impact on traditional business models. This will be apparent at E3. After a lacklustre 2012, manufacturers such as Microsoft and Sony are finally unveiling new consoles, which should land on store shelves by Christmas. But the long wait for the new Xbox and PlayStation – eight years – has taken its toll.

In North America, video-game sales have fallen 12 per cent over five years to $13.6-billion (U.S.) in 2012, according to recent PriceWaterhouseCoopers figures. In the meantime, more people have been using hand-held devices to play cheap games everywhere they go – not only in the comfort of their living rooms.

The global video-game market is expected to grow to $87-billion by 2017 at an annual rate of 6.5 per cent a year. But how those sales are divided will differ significantly from the current market, according to the last PwC outlook. Console games are expected to account for 38 per cent of sales in 2017, as opposed to 58 per cent in 2008. Online games are forecast to jump to 37 per cent of sales from 22 per cent.

Free-to-play games, produced quickly with low budgets, mostly by independent producers, are becoming increasingly popular. While the games are offered for free or close to nothing, game producers generate revenue when players make small in-game transactions to gain privileges.

This poses a challenge for a gaming city such as Montreal. The city has attracted a number of big studios with the help of the Quebec government, which subsidizes the workers' salaries. But those studios are just now dabbling in free-to-play games. "We are the Hollywood of video games, not Sundance," Mr. Carrier remarked.

Just how big a deal this shift is depends on whom you speak to. It will depend to a large extent on how seductive the new generation of consoles is.

Yannis Mallat heads Ubisoft's studios in Montreal and in Toronto, which employ 2,500 and 300 people, respectively. He is confident that the industry can evolve. "From an editor's perspective, I think it is rather an extraordinary thing that video games are democratizing themselves," Mr. Mallat said. His studio's game-testing facilities will give Ubisoft all the market intelligence it needs to develop successful free-to-play games.

But some expect this shift may lead to a wider industry shakeout. "Free-to-play represents the biggest disruption to traditional gaming markets that we have seen in years. Before that, everything developers knew was about the graphical arms race: bigger, better and all that," said Reid Schneider, vice-president of production at Warner Brothers Games Montreal.

For Lisa Coulman, a partner at PwC in Toronto, it all depends on the game developers' ability to trigger transactions in their online games. "You can actually make more money with a 99¢ game than with a $50 to $60 retail game if there are good incentives for the players to continue to buy," she said. But for that, game developers will need a granular knowledge of their players and their gaming patterns – expertise focused more on analytics than joysticks. 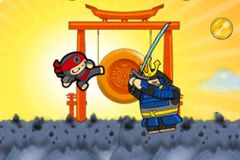 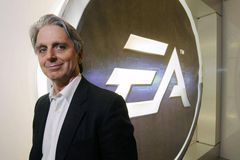 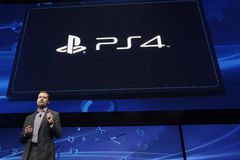 Next big thing or game over? Playstation takes a page from Facebook
February 20, 2013 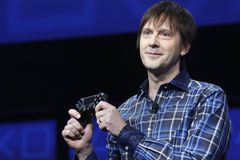 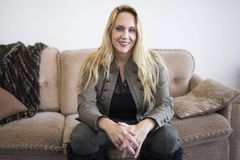