On Friday, ahead of the first NBA All-Star Game in Toronto, leaders of the league gathered at the 17th Annual Technology Summit to discuss the future of the game of basketball and the impact that new inventions will have on the sport.

The sports industry is of interest to my early stage investment firm Extreme Venture Partners as an emerging investment area, so we have been studying leading innovators, incubators, sports franchises and startups in this area.

The elephant in the room on Friday was the secular decline in interest from the millennial generation. The NBA and its technological evolution is important, especially because the game has a younger fan demographic and therefore will be most affected by millennials.

All sports leagues are embracing technology to help address this issue. The irony in using technology to address the millennial problem is that it is the evolution of application software technology itself that is contributing to the decline of interest in sport. A millennial will look at their mobile device 400 to 500 times a day.

Canadian-American Dr. James Naismith made an innovation with peach baskets to create basketball 125 years ago. In 2016, basketball will look to virtual reality, apps, 4K and HDR, and sensors as the innovation all stars of the modern NBA. Those innovations are hoped to drive the sport to its next evolution and could offer lessons for other professional sports:

There are some reservations about the VR experience. While the experience itself is realistic, there are limitations. Putting aside the brain physics issues that persist from long-term usage, VR needs to happen in a safe place where you can get immersed in the experience.

Still, a VR headset in every home makes a lot of sense over the long term. And the VR experience is remarkable in that it truly does make a user feel as though they are in the stadium.

It's worth mentioning augmented reality (AR), given the hype surrounding VR. With VR, we have essentially a new computing platform with a completely new user experience. Meanwhile, AR enhances the existing user experience by simply providing digital information. The importance is that it's not a Beta vs. VHS debate as both are complementary.

The innovation in apps is where the most significant impact will be to the NBA in the near term. Apps affect all areas from fan experience to stadium monetization to operations.

The most success in this area thus far has been driven by the major social media platform themselves leveraging sport as content. Fantasy sports, multi-screen experiences, and video games are also major app innovators.

Video games are now a common on-boarding experience of kids to sports. Electronic Arts does a better job of teaching the rules of sport than the leagues or the television networks themselves. Most interesting is the rise of electronic sports, where fans watch professionals play video games.

Stadium monetization is starting to get a boost from technologies such as location, wayfinding, and gamefication systems. While that sounds fancy, there remains a lot of room for improvement in stadium-based apps.

Perhaps the most rudimentary of technologies discussed, 4K and HDR video will have one of the most obvious impacts on the NBA technology experience. The quality of the video is good enough for the viewer to notice players wearing contact lenses. 4K is enhanced resolution whereas HDR dramatically increases contrast and colour quality.

One of the most significant impacts of 4K and HDR is the supply chain ripple effect. It starts with requiring new cameras to cover the live action and new broadcast equipment, including substantial improvements in video processing power, faster speed networks to relay the data, and even new set-top boxes and televisions.

This is also why selling NBA content in VR to India is not practical any time soon, except in the most modern of cities with Internet delivered by fibre to the premises.

The broader amateur sports community may see the most significant impact of sensor technology. The room for improvement is greater and there is a long-term benefit in the ability to track and keep personal health information. 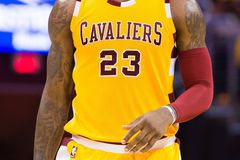