Jeff Bezos started Amazon as an entertainment retailer, selling books then adding CDs and DVDs. The Internet let him improve on what physical retailers could do, but for years the product itself remained physical.

Amazon has since transformed into a logistics juggernaut, device maker and virtual store for every product imaginable. But $18-billion of its $48-billion revenues still come from media. Just as content owners have gone through wrenching shifts from physical to digital, Amazon has seen mixed results as it tries to defend those revenues and stay innovative.

Many customers still see Amazon as a bookseller, but Mr. Bezos has been unemotional about the product he first bet on. The book "has had a 500-year run," he said in 2009, "but it's time to change."

What changed is that more of his customers now get their books not in Amazon's brown boxes but in digital files sent to its Kindle ereading devices. More than one in five Americans read an ebook last year, and most did so on a Kindle.

Amazon launched the Kindle in 2007 and soon captured 90 per cent of the ebook market. Apple's iPad and Barnes & Noble's Nook ereader have eroded that to 63 per cent, Enders Analysis estimates, but Amazon's power still arouses publishers' concern.

Its ebook dominance has shown the ecommerce pioneer's ability to upend industries around it even as it reinvents its own business. "It's an example of a company that cannibalised itself successfully and you rarely find a company that's done that," says Mark Mahaney of Citigroup.

But while Amazon has transformed reading, bookselling and publishing, the ebooks innovator "is now a follower of others" i n music and video, notes Ken Doctor, an analyst with Outsell. In most digital markets, "there's a huge first-mover advantage", he notes: "It's iTunes for music, Netflix for movies, Google for search and Kindle for ebooks."

In ebooks, Amazon was not the first mover, launching the Kindle the year after Sony's Reader. But Amazon's relentless marketing, easy-to-use digital store and 173 million-strong customer base left others behind.

With the iPod and iTunes, Apple taught the world the importance of content and devices working together, says Dan Cryan, senior director of digital media for IHS Screen Digest.

The integration of iTunes into Apple's devices is "just seamless", says Charles Caldas of Merlin, an independent music rights group, but he is uneasy about Apple's power in digital distribution. Labels wanted Amazon to provide a counterweight, but the Seattle etailer has come nowhere near iTunes' success.

NPD's last available figures estimate that Amazon had just 12 per cent of the U.S. download market in 2010, against iTunes' 69 per cent. In the U.K., Kantar estimates that it captures 23 per cent of digital music spending, well behind Apple on 57 per cent.

Amazon promoted its Cloud Player music service aggressively, discounting a Lady Gaga album to 99 cents, but the offering launched without licences from record companies and fell short of rivals' offerings. "Nobody expects them to catch up in music," Mr. Mahaney says.

Yet Amazon also lags behind in video. It just makes ComScore's list of top 10 U.S. online video groups, but its 27 million unique viewers watch about a tenth as much as Hulu's 26 million. Amazon sold fewer than one in 20 U.S. film downloads last year, IHS estimates. In streaming video, Amazon does not rank in Nielsen's top 100 U.S. sites.

Mr. Cryan notes, however, that Amazon's video strategy is evolving from trying to convert DVD buyers to digital video into "a value-add" for Amazon Prime, the $79-a-year premium programme that offers subscribers free shipping and other benefits. Prime members can stream 18,000 films and TV shows at no further cost.

In this way, Amazon is doing more than retailers such as Walmart and Tesco to use its digital business to help its physical businesses, he adds.

Amazon has moved aggressively to expand its video catalogue, signing deals with rights holders such as Paramount and Discovery, but it is also spending heavily on becoming a rights holder itself.

These investments are quietly turning it into a powerful content creation company.

Amazon is also buying up more established content rights. In April, it struck a North American licensing deal for James Bond books in print and ebook form, and it has acquired rights to over 3,000 romance, mystery and western novels.

Now it is looking beyond books, and came close last year to acquiring Allrecipes.com, a food site, one person familiar with the process says. In video, it bought the Internet Movie Database, a reference website, while Amazon Studios now has 15 film projects in development, echoing original content investments by Netflix, YouTube and others.

Mr. Cryan cautions, however, that the cost of video production is far higher than for book content, making it harder for Amazon to make inroads against the traditional studios and broadcasters.

Such investments are changing Amazon's role in industries where it was once just a retailer, sometimes causing friction with traditional suppliers. But its evolution into a powerful content creator in its own right may point to the next disruption it will bring to media. 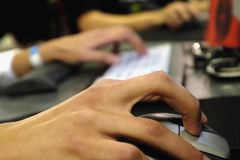 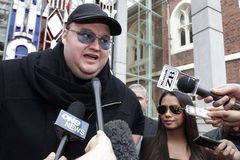 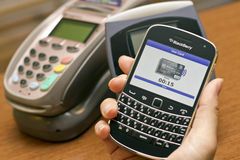