It's been six months since the Apple Watch appeared on a stage in California, and since then it's rarely been seen by outsiders. Aside from cameos in some fashion magazines, and appearances in a secret third-party developer lab, the wearable device has been more speculated on than inspected. Here's some of the most interesting and wild speculation out there, ahead of Apple Inc.'s latest press event (Monday at 10 a.m. PT, or 1 p.m. ET) where some or all of this will be confirmed, or exposed as bunk.

How will this work?
You'll need to have a smartphone on you in order for the Watch to connect to the Internet or to cellular networks: it doesn't have its own wireless connection (unlike some devices that have been announced, like the LG Urbane, which runs on a WebOS system).

There seem to be three ways users can interact with the smart features of the Watch: it has a touchscreen for some functions, a scroll wheel/watch stem controller for navigation, and a companion app for your iPhone (no, there is no sign you can get an Android app for Watch). Through these controls users will be able to access and customize apps on the Watch. Expect to see extended demos of software made by Apple (iTunes, iMessage, etc.) and also third-party content from the likes of Facebook, Twitter and others.

There also appears to be a fourth interface strictly for consuming: the glance. Developers working with Apple have reported the company is urging any on-watch functions should take no more than 10 seconds. Notifications would obviously take less, but that focus on saving time (reported by Bloomberg among others) has another salutary effect: saving battery life.

How long will it last?
This is the most critical aspect of the Watch, and Apple may remain vague about it. A watch that lasts all day is an expectation, not an option. (The latest Pebble smartwatch claims to last for a week on one charge.) In September, Apple suggested you'd recharge the Watch "at night."

But battery power doesn't just affect whether you get your retweet notification at 7 p.m., but also what kind of apps you get at all. Developers have realized that Apple's rules for third-party apps restrict access to some of the key sensor tech; NFC (near-field communication that allows for mobile payments), heartbeat sensors and even the gyrometer (for motion-sensing) will all be locked down. You won't be able to wave your hand to activate something like a drone with your Watch, for example. And TechCrunch is reporting that notifications will cease when the Watch isn't on your wrist. That will help extend battery life, but may eliminate some of the hoped-for "wow" features like gesture controls or games designed to measure your anxiety.

How much is it?
The widely reported figure is that $349 (U.S.) will be the lowest price for a Watch. What we don't know is what the average Watch will cost.

Nothing that Apple sells now has anywhere near the customization options that the Watch will have, from multiple colours, metals, sizes, bands, and who knows what other options (Bloomberg says Apple even has a fancy leather charging box). And there is cottage industry of guesses about the higher-end gold alloy Watches from tech figures like Marco Arment and John Gruber, who peg the luxury version price between $5,000 and $20,000.

We might even see retail boss Angela Ahrendts come up on stage to explain how the Apple store experience could be rebuilt to create a Watch boutique to help customers manage all these choices. What Apple doesn't want are repeats of this kind of anti-Mac Genius rant/performance.

How many will they sell?
Analysts are all over the map, but one recent guess from Strategy Analytics suggests it could sell 15 million Watches in 2015, translating into a 55 per cent global market share. That suggests we'll see a lot of sales for the other smartwatch makers too, as there were only 4.8 million smartwatches sold in all of last year. "The Apple Watch is the catalyst to ignite the global smartwatch market," wrote Cliff Raskind, Director at Strategy Analytics.

If that sounds pretty lofty, don't forget Apple just kicked AT&T off the Dow Jones Industrial Average index and its market cap is almost $740-billion. Consider this nugget of Watch prediction wisdom from Stratechery analyst Ben Thompson: "Apple is on the verge of leaving the narrowly-defined smartphone market behind entirely, instead making a play to be involved in every aspect of its consumers' lives."

Will there be "one more thing"?
Do not expect news on the much-fantasized Apple Car, or the fever dream that is an Apple TV. Don't plan on hearing new details about Beats Music service and don't expect any news on bigger Microsoft Surface-style "pro" iPads. At most, there could be a Macbook update, or some other cheering about a peripheral product. This is Apple Watch's second debut, but it will still take centre stage because we're much closer to its arrival in stores: Most expect it will ship in April.

Will the Apple Watch finally move the needle in the smartwatch industry? Here's why & why not
May 12, 2018 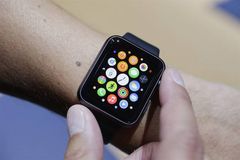 Apple will replace AT&T in the Dow Jones industrial average after close of trading March 18
May 15, 2018 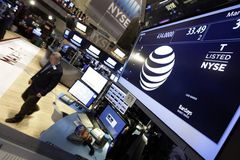 The future of smartphones: Gimmicks or go-to features?
June 5, 2017
Follow Shane Dingman on Twitter @shanedingman
Report an error Editorial code of conduct
Due to technical reasons, we have temporarily removed commenting from our articles. We hope to have this fixed soon. Thank you for your patience. If you are looking to give feedback on our new site, please send it along to feedback@globeandmail.com. If you want to write a letter to the editor, please forward to letters@globeandmail.com.
Comments