The arrival of Apple Watch marks the final transformation of Apple Inc. from a technology company to a maker of luxury goods.

When Steve Jobs resumed the CEO's chair in 1996 (in 1985 he left the company he co-founded) he rebuilt the company with brightly coloured plastic computers that were cheerful and fun. By the time Tim Cook took over, following Mr. Jobs' death in 2011, the company was making most of its money from its sleek, metal-and-glass iPods, iPhones and iPads.

Margins on those mobile devices were much better than those of the company's well-regarded but low-volume Mac desktop and laptop computers. Now, the Watch may have the highest margin of any Apple product yet – JPMorgan Chase & Co. estimates 39 or 44 per cent. And that's because the Watch is something Apple will sell for as little as $449 and as much as $13,000 – the variation in the price has everything to do with the metals and materials for the case and strap, and nothing to do with the technology inside.

As if to emphasize Apple's transition away from a mass-market gadget maker to crafters of high-end fashion accessories, the company's executives had a supermodel, Christy Turlington-Burns, join them on stage Monday, after they previewed the Watch on runways and photo spreads in glossy fashion magazines. This on a day when the only other new device unveiled was a golden MacBook whose chief innovation was extreme thinness.

And yet, analysts have little doubt that Apple will sell millions of the new smartwatch. BMO Nesbitt Burns has predicted 19 million in 2015, which would be more than all of the smatchwatches sold by the company's competitors in 2014.

Here are the key takeaways from Monday's press event.

Aluminum, space-grey: In Canadian dollars, the smaller 38 millimetre diagonal watch face costs $449, and $519 for larger size, with lots of band types (including a metal Milanese band).

Preorders start on April 10, at the same time potential buyers can go see them in Apple stores. They will start to ship on April 24, though not in all countries (actually only nine, including Canada, China, Britain and the United States, among others). Watch only works with the following devices: iPhone 5, iPhone 5c, iPhone 5s, iPhone 6 or iPhone 6 Plus running iOS 8.2 (which just became available for download Monday).

What does it do?

Siri now listens passively to you so the voice-assistant can be activated on the Watch just by barking a voice command. You can also just touch a button to turn on the digital assistant.

Double tap the side button to bring up the Apple Pay credential, then put it near the point of sale terminal. Watch alerts you with a haptic (physical vibration) feedback and an audible tone when you've paid. There will be 700,000 retail locations in the U.S. that accept Apple Pay by year's end (and 100,000 Coca Cola vending machines).

You can answer a call on your wrist, using the built-in speaker and microphone.

The battery should last 18 hours (less if you're actively using apps or other features).

The touchscreen does not support multitouch controls (no pinch to zoom).

You can use the screen to draw a little animated doodle to send to friends (similar to the once-popular iOS game Draw Something).

There are lots of custom watch faces, including an animated, dancing Mickey Mouse.

There are is also an on-Watch Passport app for boarding-pass barcodes and other promotions.

The fitness and activity tracking software will remind you if you've been sitting at your desk too long (and also send you an overall report at the end of the week).

However, there's no GPS or cellular chips inside the Watch, so if you're a runner who wants to track routes you'll need to take your phone with you. There are third-party apps from Uber, Shazam, Twitter, Nike+, MLB.com At Bat, WeChat and a bunch of others. Some Starwoods hotels will even let you open your room door with it.

Apple made a big data/software announcement: ResearchKit is the new software tool set made available to get Apple iPhone owners to contribute their personal data to help medical research. Apple has built five apps, targeted serious diseases such as Parkinson's (the app lets you perform a number of tests for symptoms) as well as diabetes, breast cancer, cardiovascular disease and asthma.

Then there was the announcement of a redesigned MacBook, now in gold colours. This is the thinnest Macbook ever, but in Canada it will cost $1,549 for the base unit with 256 GB of flash storage, $1899 for the higher end 512GB flash storage (also a 1.2 gigahertz dual-core Intel Core M processor).

Last but not least, Apple revealed that HBO Now, the standalone media streaming service, will launch exclusively on Apple devices in April. Sadly, it will not be available in Canada. 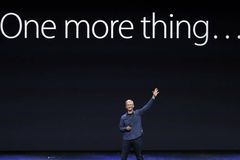 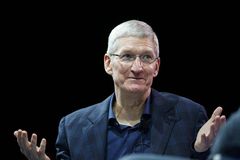