As its name suggests, the VivoTab Note 8 is an eight-inch Windows 8 tablet. It sells for about the same price of many Android tablets – most Canadian retailers list it for a little over $400 – and less than the cost of a 16GB iPad mini with Retina display.

ASUS has given consumers a compact, lightweight tablet capable of running the same operating system and software that many of us use on our desktops and laptops on a daily basis. It's an admirable achievement.

Available with either 32 or 64 gigabytes of onboard storage, the tablet comes with a stowaway WACOM stylus for text input, sketching and OS navigation, front and rear facing camera, a MicroSD card reader, stereo speakers, WLAN802.11 a/b/g/n Wi-Fi connectivity, and Bluetooth V4.0 for connecting to a wide variety of peripherals including fitness trackers, wireless speakers or a keyboard and mouse. All and all, I found the tablet to be solid, well designed, and weighing in at 380 grams, light enough to carry in my satchel all day without winding up with a sore shoulder. ASUS claims that the tablet can run for eight hours on a single charge. This will vary, depending on what software or apps you run on it, but I can tell you that after using it for six hours to listening to music, do some word processing and a bit of online research, the tablet still had 23 per cent of its battery life left.

The tablet's quad-core 1.86GHz Intel Atom processor and 2GB of RAM proved capable of smoothly running mobile applications downloaded from the Windows Store as well as a good number of applications designed for use on Windows-powered desktops and laptops., Google Chrome, Starcraft II, iTunes and Microsoft Office Home & Student Edition, which the tablet comes bundled with, worked without a hitch. Photoshop? Well, that ran a a little slow, but that's OK.

But there are some issues connected to the screen: When compared to the high resolution displays baked into tablets like the Nexus 7 or the iPad mini with Retina display, the eight inch LED backlit 1280 x 800, in-plane switching (IPS) display built into the VivoTab Note 8 seems inadequate. The text, graphics and video I consumed while testing the tablet were noticeably fuzzier than what you'll get with current generation iOS or Nexus program hardware. While I was able to casually read an ebook, browse the web and Netflix without feeling like my eyes were going to fall out of my skull, I began to feel some strain after 30 minutes of use.

I also found that the size of the display was an issue when using full blown Windows software like Microsoft Word or Evernote. The buttons and menus used for navigating desktop apps are designed for use on larger displays than the meagre eight inches the VivoTab Note 8 allows for. Attempting to open or navigate the drop down menu of a desktop application with the VivoTab Note 8's stylus was frustrating. Tapping the interface with my finger? Almost impossible. Predictably, the task was made significantly easier when a wireless mouse was brought into the mix. But using the hardware with a keyboard and mouse negates much of the mobility provided by the VivoTab Note 8's tablet form factor, and isn't always opportune.

And here's another little detail worth noting: The placement of the tablet's Home button may cause you some problems. Where many Windows 8 tablets come with a hardware button built into their bezel, ASUS opted to place it on the side of the tablet, opposite the VivoTab Note 8's power and volume controls. This doesn't sound like a big deal until you set up on a tablet to use with a keyboard and mouse. In doing so, one set of controls – volume and power or the Home button – becomes inaccessible unless you lift the tablet up to use them.

Capable of running a wide range of mobile applications and desktop software, the VivoTab Note 8, despite it's lacklustre display, is a solid option for anyone in need of compact, flexible mobile computing solution for a reasonable price.

Review: Apple’s new Mac Pro is built for the future, and is insanely expensive
February 28, 2014 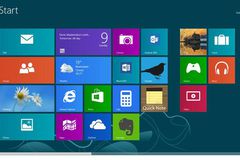 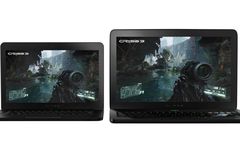 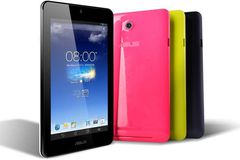 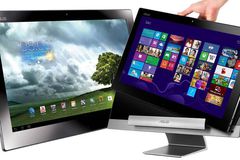