South Korean tech giant Samsung on Monday said its Galaxy line of smartphones has sold more than 200 million units worldwide, second only to an estimated 420 million of Apple's iPhone.

The smartphone war increasingly looks like a battle between two these two giants, and at the annual Mobile World Congress event in Barcelona, Samsung unveiled its latest weapon against Apple, the Galaxy S5.

But in a sign of the shifting ground in this fight, the arrival of the new phone coincides with the launch of two new smartwatches and a fitness band as part of an overall health and fitness package.

The Galaxy Gear 2 follows up on the company's initial foray last year into the smartwatch market – as does the Gear 2 Neo, which is essentially the same device, but without a camera. The Gear Fit, meanwhile, is Samsung's answer to popular fitness wristbands such as the Nike Fuelband and the Jawbone Up.

Prices have not yet been announced on any of the devices, though the new S5 will be available in Canada as of April, through 11 wireless carriers.

We had some hands-on time in Barcelona with all four of the devices. Here are our impressions:

Samsung's update to its inaugural smartwatch – released last year – comes with a host of improvements, but it's still a questionable device overall. While the original Gear synced only with the Galaxy Note 3 phone, the Gear 2 will be compatible with 17 Samsung devices. It's slightly smaller and has about three days of battery life, or triple its predecessor's, according to Samsung. It's equipped with a heart-rate sensor, pedometer and 2-megapixel camera. The slightly smaller Gear 2 Neo is virtually the same, but has no camera, but does come with different-coloured detachable wristbands.

The Gear is still fairly large and bulky with a 1.6-inch Super AMOLED screen, which displays text notifications, e-mail, fitness stats and other info.

Like many so-called wearable devices that are currently being hyped, it still looks like technology rather than the fashion accessory it's supposed to be. As many reviewers of the first Gear noted, it is strongly reminiscent the nerdy calculator watches of the 1980s, which weren't exactly fashion chic. These style miscues call into question just how big the market can be for this device.

Ken Price, vice-president of carrier sales and marketing for Samsung Canada, says the company is still learning about what consumers want in their wearables, which is why it intends to keep improving the Gear. "This is the modern mobile device experience and we're in the middle of it. We tried to listen and improve very quickly," he says. "Wearables are here to stay."

Samsung may be closer to the mark with the Fit, its answer to Fitbit, Fuelband and other similar wristbands. The Fit is really a smaller, lighter and slightly cooler version of the Gear. Featuring a curved 1.8-inch display and all the fitness sensors you'd expect, it's considerably more comfortable and less obtrusive than its smartwatch kin. The bright and colourful screen may still be too garish to wear in situations where you aren't exercising, but the overall form factor is a step in the right direction when it comes to wearables.

Price will be key to how the Fit does. With many existing fitness bands selling around the $99 mark, Samsung won't be able to go much beyond that if it hopes to make a run of it – no pun intended.

We weren't able to really test its ability to capture fitness data in our short hands-on, but clearly good looks need to be paired with useful functions.

It's clear the pace of smartphone innovation – at least on the hardware side – is starting to slow down, with devices from manufacturers of all stripes tending toward incremental improvements rather than the big leaps of previous years. That's certainly the case with the S5, which now has a 5.1-inch screen rather than the 5-inch screen of the S4. That's the very definition of incremental.

The S5's most interesting new features is a selective focus function for its camera, which replicates the depth of field that single lens reflex cameras are so good at. In other words, it's possible to take photos of a subject where the background is slightly blurred, which is great for portraits.

Subjects that are close-up – a Samsung representative said the ideal distance is within 60 centimeters – are sharp and in focus, while backgrounds look a little more distant. The phone can also automatically flip the focus, so that that background is sharp while the main subject is blurry. I had my doubts with what is essentially a software-enabled virtual replication, but it does appear to work well.

The S5 also has a fingerprint sensor, much like Apple's latest iPhone 5S, although it works a little differently. Rather than pressing on a sensor, you run your finger across the home button. Again, this feature appears to work without hiccups, although how it will function with the applications that Samsung has planned for it is unknown at this point. The company says users will be able to use it to make purchases and interact with their PayPal accounts, as well as access a private profile on their phone, where sensitive documents or files can be stored.

One of the best – and most welcome – improvements is an ultra power saving mode, which basically cuts the phone's functions down to its bare essentials when it's low on juice. When the device hits 30 per cent of battery power, it can be set so that the screen shifts into monochrome and only a handful of apps such as the phone, text and browser functions continue to work. In this mode, the S5 should still manage another 24 hours of standby time, according to Samsung.

It was of course impossible to fully test the claims in a short demo, but the monochrome screen and clear list of still-working apps certainly does assure that no mystery apps are still sucking away power. It's a bit of a workaround to a problem that plagues all smartphone users, but it's not a bad one since many have experienced those unexplainable power drains.

Rounding out the new touches is a heart-rate monitor on the back of the phone, just below the main camera. It looks like it could be the camera's flash, but it's actually a small sensor that glows red when you touch it. The S-Health app is supposed to monitor your standing heart rate, although I wasn't able to get it to work despite trying three separate devices. Samsung representatives said the phones on display were not yet final models, which hopefully explains the issues I was having (either that or my heart-rate is non-existent, which is a frightening thought).

The S5 also has Wi-Fi MIMO, which combines wireless LTE and available Wi-Fi signals into faster connection speeds. But despite these few extras, the new device feels a lot like its S4 predecessor. By not rocking the boat, it seems to be a phone that is aimed at buyers who already have some familiarity with Samsung's previous Galaxy devices and who may be developing a loyalty to the brand. It probably won't wow new users, but it's also not likely to disappoint.

Mr. Price says the mobile phone market in general is hitting a maturity phase. In past years, consumers moved en masse to smartphones from simpler feature phones, which resulted in explosive sales for the likes of Samsung and others. But with many consumers now converted, that growth is slowing back down to the more-regular single-digit expansion.

"There still is growth but if you compared it to even last year, then yeah it's slowing down," Mr. Price says. Canada, he adds, could experience another bump in the next year or so thanks to new regulations banning three-year contracts, which took effect in 2013. 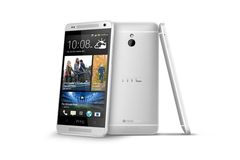 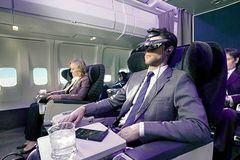