Since its launch in the fall of 2010, new hardware running Microsoft's Windows Phone 7 mobile operating system has been scarce, especially in Canada. But that may finally change now that Microsoft's 11-month-old partnership with Finnish handset maker Nokia is finally beginning to bear fruit.

The first two devices born of the tech titans' union are the Nokia Lumia 710 and Lumia 800. I took the latter – the higher-end of the pair – for a spin over the holidays.

With its relatively small display, lack of a front-facing camera, quick-burning 1450 mAh battery and deficiency of certain geekier features (like Internet tethering), it's not the most thrilling or advanced handset to come across my desk. But it is a good one – especially for those looking for a simple and accessible smartphone experience.

The Lumia 800 does feature some arresting physical qualities: the 12-millimetre thick polycarbonate one-piece shell feels sturdy, resists scratches and is blissfully free of embellishment. The left side is bare casing, and the right hosts a metal volume rocker, power button and dedicated camera shutter button (which, handily, also starts the phone's 8-megapixel camera, even when the device is sleeping). A series of tiny microphone holes dot the bottom, a headphone jack is in the left corner on top.

Press a tiny bump beside the headphone port on the left lid and its opposite end pops up, revealing a micro-USB input. With the jack revealed, you can slide the adjacent hatch left, ejecting the micro SIM card tray in the process. It's an elegant trick, but these needlessly fancy hatches seem extremely frail, and I suspect they'll suffer accidental harm too easily.

But any musings on the phone's pretty case will likely cease once you switch it on (it's a blistering 18 seconds from off to fully loaded start screen, by the way) and have a gander at its gorgeous, Gorilla Glass 800-by-480 ClearBlack screen. It's AMOLED technology, which means the same impossibly deep blacks and terrific outdoor performance seen in Samsung's Galaxy handsets.

My only beef is the screen's size. At 3.7-inches, it's a little bigger than an iPhone's Retina display, but a whole lot smaller than those of the most popular Android handsets currently available, many of which are now 4.5-inches and larger. A smaller screen helps keep a handset pocket-friendly, but has a negative impact on some default text sizes and makes typos more likely, even when using a keyboard as responsive and well designed as that of Windows Phone 7.

And that brings us back to Microsoft's mobile OS, which, despite some quirks and deficiencies, is visually rich, easy to use and refreshingly different from Apple and Google's offerings.

It sports a heavily stylized design, with text menu headers so huge they often flow right off the side of the screen with magazine-like flair, and large start screen tiles that offer instant access to the phone's most frequently used functions.

The overall interface is highly intuitive, and – running on Nokia's 1.4GHz single-core Snapdragon processor – very speedy. Internet Explorer 9 – a new addition that came with the recent Windows Phone 7 Mango update – is particularly quick, loading full versions of graphics-heavy web sites like The Globe and Mail's home page in the space of a few blinks.

In fact, the Mango update has added a host of great new features – including threaded messaging, multitasking and deep social network integration – that help bring Microsoft's young mobile OS in line with its veteran competitors. It still limits manufacturers to specific specs (Nokia couldn't have included a multi-core processor or a true high-definition screen even if it wanted to), but if you tried Windows Phone 7 when it launched and found it lacking, Mango's 500-or-so added features make it worth revisiting.

Nokia has also sweetened the OS pot with a couple of excellent apps of its own in Nokia Drive and Nokia Music, both of which are handily pinned to the start screen.

Drive is, in my opinion, second to no other pre-loaded smart phone navigational app. With maps for some 90 countries, options for 2D and 3D viewing and a variety of downloadable voices for audible directions, it's a valid replacement for most dedicated nav devices.

Nokia Music, meanwhile, offers a robust music player, integrated access to an MP3 store, and free (minus network data fees) access to Mix Radio, a collection of Web radio stations spanning plenty of genres. I took a liking to the Christmas stations over the holidays and would have listened to them more if the phone was connected to an external speaker system (sadly, the Lumia 800's weak built-in speaker outputs tinny, headache-inducing sound).

A third Nokia app, called App Highlights, does a good job of filtering the Marketplace and coming up with popular and polished news, games, and social networking apps that may be of interest. It'll become even handier as the Marketplace grows.

App selection will be a sticking point for many potential buyers, and that's understandable. Xbox Live on Windows Phone 7 provides a decent selection of games, and there are some good productivity and general interest apps in Microsoft's Marketplace, but the store simply can't compete (yet) with the breadth of apps available for iPhone or, to a slightly lesser degree, Android devices.

In the end, though, I think it may still be a bit early to jump on the Windows Phone train. The Lumia 800 is a nice little device, but it's only the Finnish company's first. I suspect we'll see Nokia delivering Windows Phone handsets with bigger screens and front-facing cameras before long. And future OS updates may free hardware manufacturers to use more powerful components and higher-resolution displays on par with those supported by other platforms.

If the Nokia Lumia 800 does whet your appetite, you'll be left hungry at least a little while longer. The model I tested was a European import (which I was assured will be pretty much identical to the North American model). Nokia will launch both the Lumia 710 and 800 in Canada, but it's yet to name carriers, pricing, or release dates. 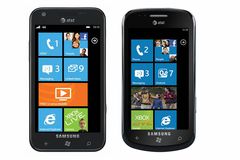 Nokia boosted by sales of cheaper cellphones
May 3, 2018 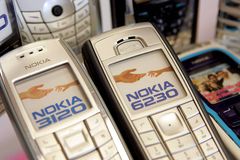 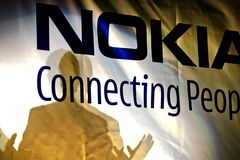