Cheap cameras and accessible network technologies have made remote home monitoring the sort of thing you can set up yourself on a whim over lunch.

But not all do-it-yourself security solutions are made equal. Each has its own set of irks, quirks and perks.

We took a look at a couple of systems currently gaining steam – the Stem iZON Remote Room Monitor and the iWatchLife security service – and discovered some make-or-break differences.

This iOS-only product from American gadget-maker Stem desperately wants to appeal to fans of Apple's clean design philosophy via its minimalist aesthetic and easy, breezy app.

The white, cylindrical camera connects to a small hemispheric base via a magnet and can be adjusted with simple pushes and twists. It's a brilliant bit of engineering. You can just place it on a shelf or attach the base to the ceiling with a couple of screws, included.

It also comes with an optional breakaway power cord segment meant to facilitate immediate disconnection should kids get tangled in the wire. Stem clearly believes some parents will want to use the iZON in place of a tradition child monitor in kids' rooms.

Then it's just a matter of adjusting settings. One-tap buttons allow you to switch motion and audio alarms on and off, and sliders allow for quick sensitivity adjustments to help you decide how large a disturbance is required to trigger an alert.

You can also adjust the active area – the portion of the frame that can create an alert – by dragging a square across the screen, but it's clumsy. You can only drag from the upper left corner of the screen, and you're limited to rectangular shapes.

Still, so far so good. We've got well-engineered hardware and a pretty simple app. But the iZON stutters in a crucial area: Delivering alerts.

When something trips the alarm it gets logged in the app's alerts tab. The only way to learn about alerts is by checking your app or waiting for a tinkling notification. I found the latter unreliable, sometimes arriving late if at all. I'd have preferred the option to receive an email.

Plus, videos are uploaded to your YouTube account, which means you have to wait minutes or more for them to process before viewing. It's a slow and clunky process, especially if you have multiple alerts to work through.

I want to like the iZON, but in the end it feels more like a toy than a real security solution. It can capture images of burglars breaking in and kids raiding the fridge, but you'll likely only find out about these events well after the fact.

iWatchLife, by comparison, feels like a home monitoring system for people who take security seriously.

The Ottawa-based company's service consists of a browser application that runs on both PCs and Macs, plus downloadable apps for iOS devices, Android handsets, and select smart TVs.

I accessed the service from my PC, where I was able to add cameras, manage settings, and flip through recorded events. I also viewed live camera feeds and alerts on my phone. In both cases the software was all business. No frills or flair; just simple, straightforward buttons and icons.

iWatchLife differentiates itself from its competition by offering what it calls "smart event detection," a fancy way of saying that it tries to keep false alarms at a minimum. It does this in a couple of ways.

First, it provides the active zones on a frame by "painting" them, giving users precise control over which areas of the scene trigger an alert. For example, if you painted the top edge of a door in the background of a scene, the camera will only detect movement if the door is opened. People walking near the door and under the active zone would go unnoticed. You can have literally dozens of active areas of varying shapes and sizes in a single frame.

Just as important, iWatchLife's engineers have developed an image analysis algorithm designed to ignore the sorts of things that might set alarm bells ringing on other systems, like a big leaf blowing across the yard seen through a patio door.

For my test, I set up a camera to monitor my daughter playing in a room with a large window with a view to a strong snowstorm on the other side of the street, then painted the room's two exits and the top of the balcony door as active zones. The iWatchLife system issued no event alerts related to her play, the snowfall, or the significant change in room brightness when the sky cleared (though there is an option to monitor major lighting changes). The only alerts came when she passed through the active zones to leave and re-enter the room. I found this satisfying.

Alerts take the form of emails that are sent to as many addresses as you choose the moment an event occurs. I knew almost instantly when my daughter left the room. The emails I received noted the reason for the alert and included snapshots with a green box highlighting the area of concern, as well as a link to launch the iWatchLife browser app for more details.

Amazingly, it costs nothing to set up an iWatchLife account. You can purchase additional video storage – 75 hours costs $60 per year, 200 hours sells for $80 – but the one hour of free storage provided all users should be all that's needed for modest home monitoring needs, especially if you're diligent about deleting older video alerts.

And while iWatchLife is more than happy to sell you one of its high quality wireless IP cameras, which range from $200 to $280 (I tried the latter and appreciated everything about it save it's steep price tag), you're also free to use your own hardware – including the Web camera built into your notebook.

That means most of us can get rolling with an advanced motion detection security system right now, and without spending a penny. It may even robust enough for some small business operations, such as retail stores and worksites.

It may not have the pretty-boy-gadget appeal of the iZON, but iWatchLife is pretty hard to beat. 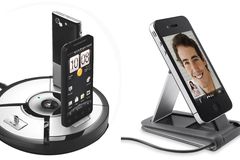 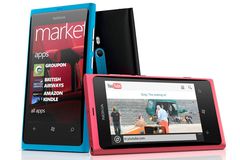