Over the last few months I've been bombarded with questions from family and friends who want to know if now is a good time to hop on the e-reading bandwagon and, if it is, which manufacturer's wagon is best.

These are tough questions. Do you trust the masses and pick up an Amazon Kindle? Wait a few more weeks for the iPad to come to Canada so you can have a device that promises to make reading magazines and newspapers in digital form palatable? Walk the path less travelled and go with a slightly less expensive Sony Reader Pocket or Aluratek Libre? Or do you just sit tight and wait to see whether one technology ends up becoming the de facto standard? The answer always depends on the individual.

And now there's yet another option: Kobo. A new eReader launching May 1 in Canada and other countries later this year, it's targeted at consumers looking for a low-risk and easily accessible gateway into the world of electronic reading.

For starters, it's cheap. At $149, it's the least expensive reader I've seen. And yet it has an e-ink screen that looks just as good as those of pricier devices, sports good ergonomic design (it's very light and has a quilted backside that is comfortable to touch), and offers impressive battery life -- 8,000 page turns, according to the specs. It's got just under a gigabyte of on-board storage, but that's enough to hold hundreds of books. Plus, you can augment capacity with a standard SD memory card.

The Kobo also takes home the prize for dedication of purpose. You can read books on it, and that's it. No monochrome photo browsing, no music player, none of the extraneous features found on other devices that people end up never using. It's for reading, plain and simple.

The upshot is that it's extremely simple to learn to use. There are four buttons on the left edge: one that takes you to the home screen, one that calls up a menu of options for the book you're currently reading, another that brings up display preferences (typeface, magnification, and the like), and a "back" button that takes you to previous screens. An on/off switch is located on the top, and a big blue membrane navigation button found on the bottom right of the face lets you flip pages and surf menus. That's all there is to the interface.

And transferring books from your computer to the Kobo is a breeze. You can either drag-and-drop (it supports PDF and ePUB files) or use Adobe's Digital Editions software to manage and sync your library. It also has built-in Bluetooth, allowing users to purchase books via smart phone and send them straight to their Kobo.

It lacks some advanced reading features found on other devices, such as multiple bookmarks, dictionaries and searching capabilities, but these are functions people who have experienced only paper books aren't likely to miss.

The biggest knock against Kobo is that a lot of people probably haven't heard of the company. Headquartered in Canada, it was spun out of Indigo Books & Music last fall. It's an independent entity, but Indigo remains a large investor, as are other bookstore chains across the globe, including Borders in the U.S. and REDgroup in Australia. Consequently, the Kobo eReader will be promoted and sold by all of these retailers in their respective countries, which ought to help get it off to a pretty good start.

Kobo also maintains an enormous online store that has been running for months and is stocked with more than two million titles. Most are free-license (100 come pre-installed on the Kobo eReader), but over 200,000 current titles are on offer as well, including a large selection of local bestsellers for each country in which the service is available.

And, unlike other bookstores that post prices in foreign currencies and often taunt Canadians with titles that they can't actually buy, Kobo operates in local legal tender and uses a geo-filter that ensures you see the books available to purchase in your country and no others.

But perhaps the most appealing thing about Kobo is that the company seems to look at e-reading from a consumer's perspective. You can move books purchased from other stores - assuming they aren't crippled by some sort of DRM - onto your Kobo, and you can read Kobo books on just about any other device, including your phone, iPad, or another eReader (apps and instructions are available from Kobo's website). This is exactly the sort of open philosophy needed from a company looking to take on the likes of Amazon and Apple.

And that's why I would recommend Kobo to my family and friends. I like the device, but I like the company even more. Kobo offers a safe, simple, and cheap way for users to see if eReading is right for them. 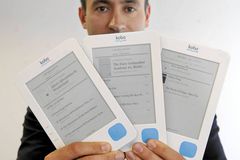 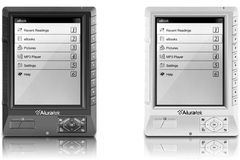 How the iPad will deliver books from boundage
April 9, 2010 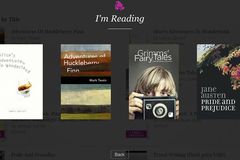 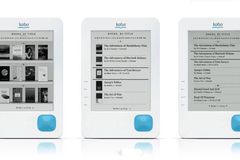 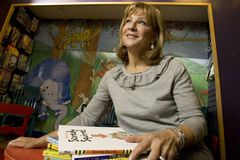 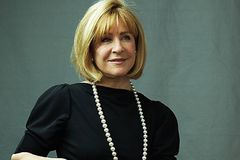