The updated Microsoft Surface Pro 2 is a lot like the new Windows 8.1 operating system it runs: It addresses many of the gripes users had about the original version, even if there are still some things that could stand improvement.

The Surface Pro 2 is cosmetically virtually identical to the plain old first-generation Surface Pro. I've been carrying the original model for months, and have to look twice every time to see which I've grabbed. On the new model, the Windows logo on the back has been replaced with the word "Surface", but that's it.

Old and new live in what looks like the same chassis, which also weigh the same – about two pounds. It would have been nice if it were lighter and thinner, though it is an acceptable size and weight, just not as sleek as the competition.

There is the same single USB 3.0 port, the same microSD card slot (for up to 64GB cards), the same mini-DisplayPort connection, and volume controls in the same spots. The magnetic connector for power is the same too – and Microsoft still expects us to dock the stylus on that connection too. Sigh. At least the A/C adapter has the same USB charging port in it so you can juice up your phone while you charge your tablet. All very nice, and it makes the Surface Pro 2 feel just like its predecessor when you're holding it.

However, when you get into the specs, or when you start using the tablet, you'll know it has changed. For the better.

Let's start with the processor. The Surface Pro 2 uses the new fourth generation Core i5 processor, formerly codenamed Haswell. What that means in the real world is much-improved battery life (Microsoft claims up to 75 per cent). I played videos virtually non-stop for 6 hours before the tablet demanded that I recharge it (it starts warning you at 10 per cent, and gets downright cranky at seven per cent). In a more real-world test, with continuous mixed usage including video, surfing, word processing and other app usage, and a couple of reboots, the tablet lasted 7.5 hours till it hit the magic seven per cent capacity, at which point it admitted it had another half hour's juice available. It is now informing me, after a recharge and a couple of days light use, that it has 21 per cent capacity left, and calculates that'll do me for a couple of hours. Not bad, given all of my testing has been using the Balanced power plan, not the Power Save mode, but not quite what one would hope for, given the hype around Haswell and its power profile. I suspect there will be some software tuning over time to improve matters.

For all that battery sipping, software performance is quite respectable – an i5 processor is the same you'd find in a mid-range laptop. The machine runs pretty much anything I can run on my Windows 7 desktop with no problems.

The 10.6-inch screen is the same as that on the old Pro – full HD (1920 by 1080 pixels), and nice and bright. Both front and rear five megapixel cameras record at 720p. They're the sort of camera you'd use for a Skype conversation (that's actually what they're meant for) – nothing fancy, but they work.

For connectivity, we have Wi-Fi (802.11 a/b/g/n, to be specific) and Bluetooth 4.0. That, too, is the same as in the original model. There's still no way to connect to a cellular network (unless you buy a USB cellular modem from your carrier, or tether your phone), and there's no NFC. If you buy the $200 docking station that is coming early next year, you do get a wired Ethernet connection.

The update to the kickstand is a key feature that seems trivial until you use it. On the original Surface Pro, it had one setting, holding the screen at about 24 degrees. That made it really awkward to use on your lap, or even on some desks – it was too upright, so you had to scrunch down to see the screen properly. The Surface Pro 2's kickstand has a second setting at about 40 degrees that makes the screen much easier to see. Mind you, unless you have long thighs, the device is still virtually impossible to use, with its keyboard, on your lap, but the second kickstand position is a distinct improvement for viewing.

There are four models of the Surface Pro 2, up from two models for the original Pro. Like the older machine, we have models with four GB memory and either 64 or 128 GB SSD, or, new to Pro 2, eight GB memory and 256 or 512 GB SSD. They range in price from $899 to $1799 – not cheap. Each comes with 200 GB of SkyDrive storage, free for two years (after that, you pay for the space you use above the default free 7 GB), and one year of unlimited Skype voice calling to land lines in 60 countries, as well as free WiFi at Skype hotspots.

However (and it can be an expensive however), to get best use out of the Surface Pro 2, you really do need a keyboard. You can plug in a USB keyboard, or use a Bluetooth keyboard, if you have one around, or, for maximum convenience, pick up one of the two Surface keyboards that mate magnetically to the Surface Pro and also act as a cover for the screen. Both keyboards have had work since the original models came out; they're both stiffer (a boon when the surface the keyboard is sitting on isn't rigid) and now have backlit keys. The Touch cover's sensor count has been expanded from 84 to almost 1,100, which means it's much more accurate, and the Type cover is quieter and now comes in colours other than black. The Touch cover lists for $119.99, and the Type cover for $129.99. Early next year, the Power cover, which is a Type cover that also contains a battery, will arrive for $199.99. Microsoft says it will bump up battery life to 2.5 times that of the original Surface Pro.

The Touch 2 keyboard is a distinct improvement over the original, though I still find it unsuitable for someone who does a lot of typing. My keyboard of choice is the Type keyboard, and the second generation, which unfortunately Microsoft couldn't supply for evaluation, felt pretty good during a brief hands-on at the product launch.

One thing I continue to hate: the use of the magnetic power connector as a dock for the stylus. As soon as you need to plug the device in, you have to put the stylus somewhere – and it usually rolls away under something. Bad design decision.

On the whole, though, the Surface Pro 2 is a very Microsoft product: A solid update that makes it clear these tablets will continue to march to a different drummer than their competitors. 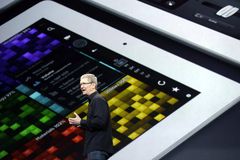 Hands-on preview: What Microsoft did to improve Surface 2
September 24, 2013 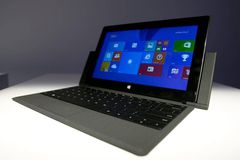 Boot to legacy Desktop, and other things Windows 8.1 does better
Gallery
October 21, 2013 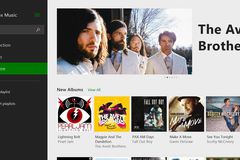