Weighing 150 grams and measuring just 18mm thick, the $380 Cyber-shot DSC-TX9 - Sony's flagship compact point-and-shoot - is one wee camera. It was barely more noticeable than a phone in my pant pocket and can be thrown into a purse or bag without a second thought. Plus, its solid metal chassis (available in pink or black) and durable touch screen proved impressively resistant to scrapes and scuffs. It's a go-anywhere camera with elegant panache that both men and women can appreciate.

It also has a 12 megapixel Exmor R image sensor, optical image stabilization, and four-times optical zoom, making it a capable little picture popper in most situations. That said, most mainstream snapshot camera buyers will likely assume that any modern, brand-name camera will meet their modest image quality demands. And, for the most part, they're right. They're more interested in accessibility and features, and the TX9 scores well on both of these counts, too.

A well-designed touch-screen interface accessed via a broad and bright 3.5-inch LCD that completely fills the TX9's rear side makes this point-and-shoot a snap to use. Controls for flash, timer, and multiple exposures (up to 10 shots per second) are found on the left side of the display, while the right provides current shot information and quick access to various modes and playback. You can customize the interface by dragging icons onto and off of the screen.

When you're ready to take a picture you can either trust auto-focus to pick out your subjects for you or simply tap them on screen. Zooming is accomplished using a tiny rocking nub on the top right of the camera's body. The shutter button is intuitively located right beside it.

Bottom line: If you have any experience with digital cameras and touch screens you'll be at home with the TX9's most important controls and functions in minutes. Better still, it's nearly as easy to become comfortable with the camera's many advanced features.

For example, tap iSweep Panorama mode and you'll be greeted with a bit of text and an illustration explaining how to create an extreme wide angle shot with the tap of a single button and a gentle pan. The camera's processor automatically stitches the images you captured together in seconds to create an impressive panoramic shot with surprisingly little evidence of the places in which images were connected.

Background Defocus mode is just as easy to use. Simply aim at a subject - the camera will suggest an optimum distance - and press the shutter button. Rather than simply adjusting camera settings to blur out the background, the TX9 captures two images - one of the subject in the foreground in perfect focus and a second of the background completely blurred - and merges them together. The defocusing effect is more dramatic than anything I've ever seen captured with other point-and-shoot cameras. In fact, it can be so extreme as to appear a smidgeon unnatural. I also noticed a bit of shadowing as a consequence of the dual exposure. These quibbles aside, the results of background defocused shots are reliably arresting.

There are even a couple of simple 3-D modes with which to tinker. With only one lens, stereoscopic pictures must be captured via multiple exposures as the camera is moved smoothly from left to right. The resultant stereoscopic image needs to be viewed on a 3-D television. However, a secondary 3-D mode allows users to view a different variety of 3-D right on the camera. The image is captured the same way - with a slow, smooth sweep - but the sense of depth is generated by swivelling the camera in your hand while viewing the finished product.

The TX9's motion sensors detect the movement and alter the perspective of the subject, creating a subtle illusion of three dimensions. It's not as immersive as traditional 3-D, but it works well enough. Just keep in mind you can only view these 3-D images on the TX9, meaning they'll be lost forever when you upgrade to your next camera. That makes this mode a curiosity more than anything else. Still, it's fun to show off to friends and family.

Of course, most folks will usually leave the camera set on one of its basic automatic modes. Intelligent Auto Adjustment, which places control of virtually all technical settings as well as scene type in the hands of the camera, will be favoured by most. Superior Auto Adjustment mode does the same thing, but will, as needed, slip into Anti Motion Blur or Hand-Held Twilight modes, both of which capture half a dozen shots and process them into a single image to increase crispness and clarity. An even simpler mode - aptly dubbed Easy - gives definition to the term point-and-shoot.

Video, meanwhile, is enabled either through the tap of a persistent screen icon or a change of modes made via a physical button on the camera's top side so you can initiate recording with the shutter button. High-def 1080i images are captured in AVCHD format. Alternatively, you can switch to MP4 if you merely want to post a clip to the web. Regardless of which you choose, audio is recorded in stereo via a dual mic on the front of the camera.

Video quality is about what you'd expect from a snapshot camera, which is to say decent but not on par with what one can accomplish with a dedicated handheld HD camcorder. Jarring camera movement is, surprisingly, not particularly evident. However, low light scenes tend to be pocked with grain and deep shadow and can cause noticeable focusing problems when switching to new subjects.

As much as I like the TX9, it does have a couple of downsides. As with many point-and-shoot cameras, the lens is on the upper right side of the face - a perfect place to capture errant thumbs and fingers, should you choose to hold the camera by its frame (which you sort of have to do given the display covers the entirety of its back side). I had to consciously think about how to best hold the camera each time I picked it up so as not to touch the display or cover the lens yet maintain a firm grip on its slippery metallic body.

Plus, I found battery performance to be somewhat lacking. Perhaps it was simply because I was fiddling overly much with processor-intensive tasks - stitching and merging pictures together uses a lot of juice, I imagine - but I had to recharge several times over the course of just a few days avid use. Making matters slightly worse, you can't just jack the camera into a computer or the wall to recharge; the battery must be manually ejected and placed into a separate charger that's about the same size as the camera. Bit of a bummer, that. Especially when travelling.

Still, if I were shopping for an ultra-compact point-and-shoot these issues probably wouldn't dissuade me. The TX9 is a great little camera full of fun and easy-to-use functions. I'd just make sure to don the included wrist strap and perhaps pick up a spare battery. 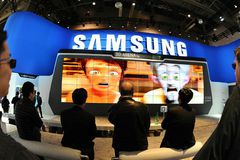 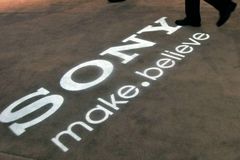 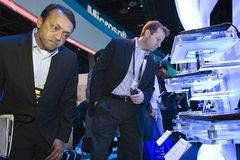 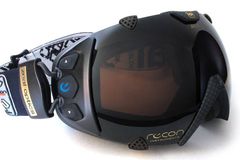 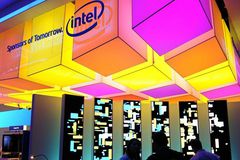